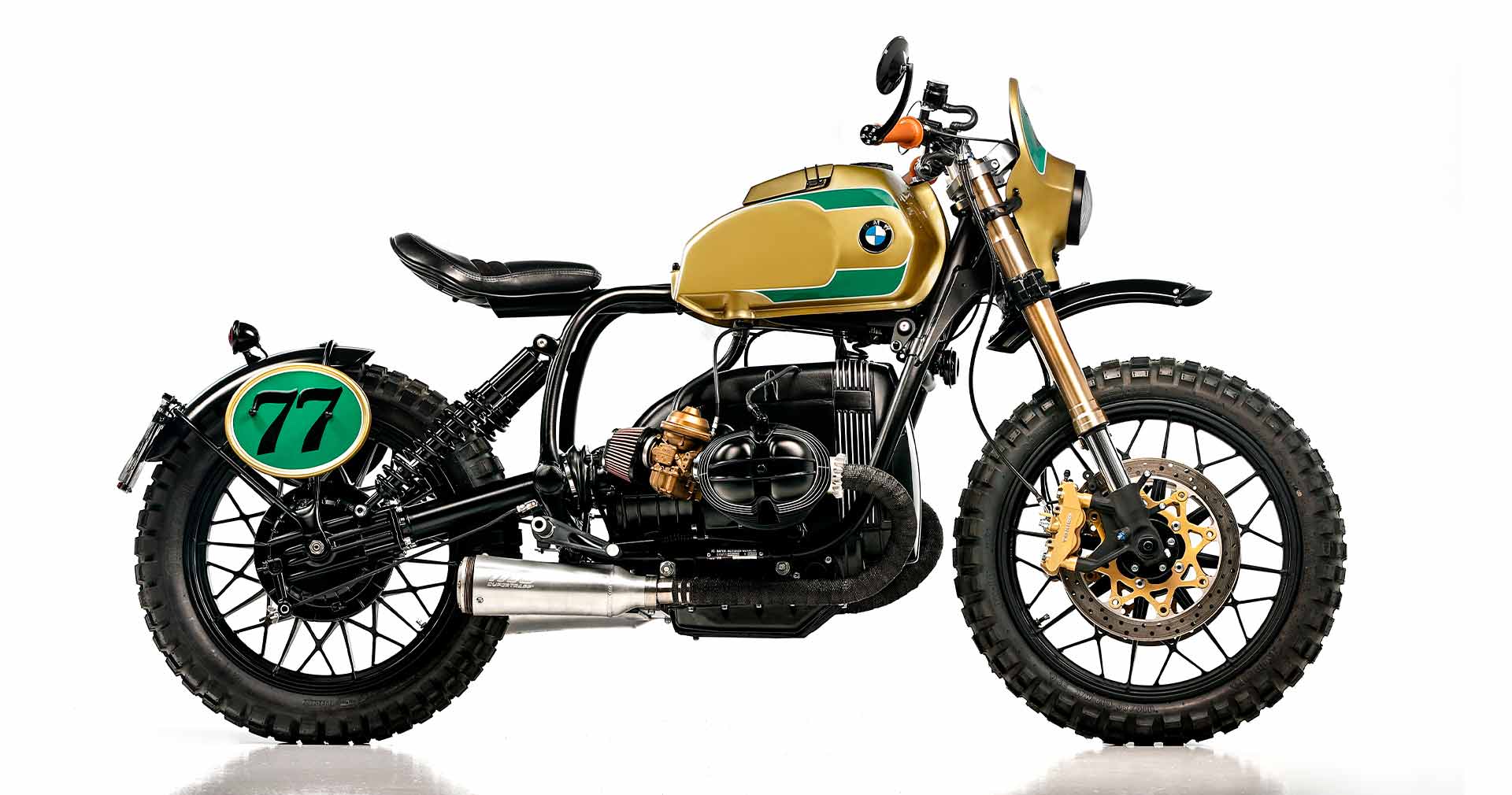 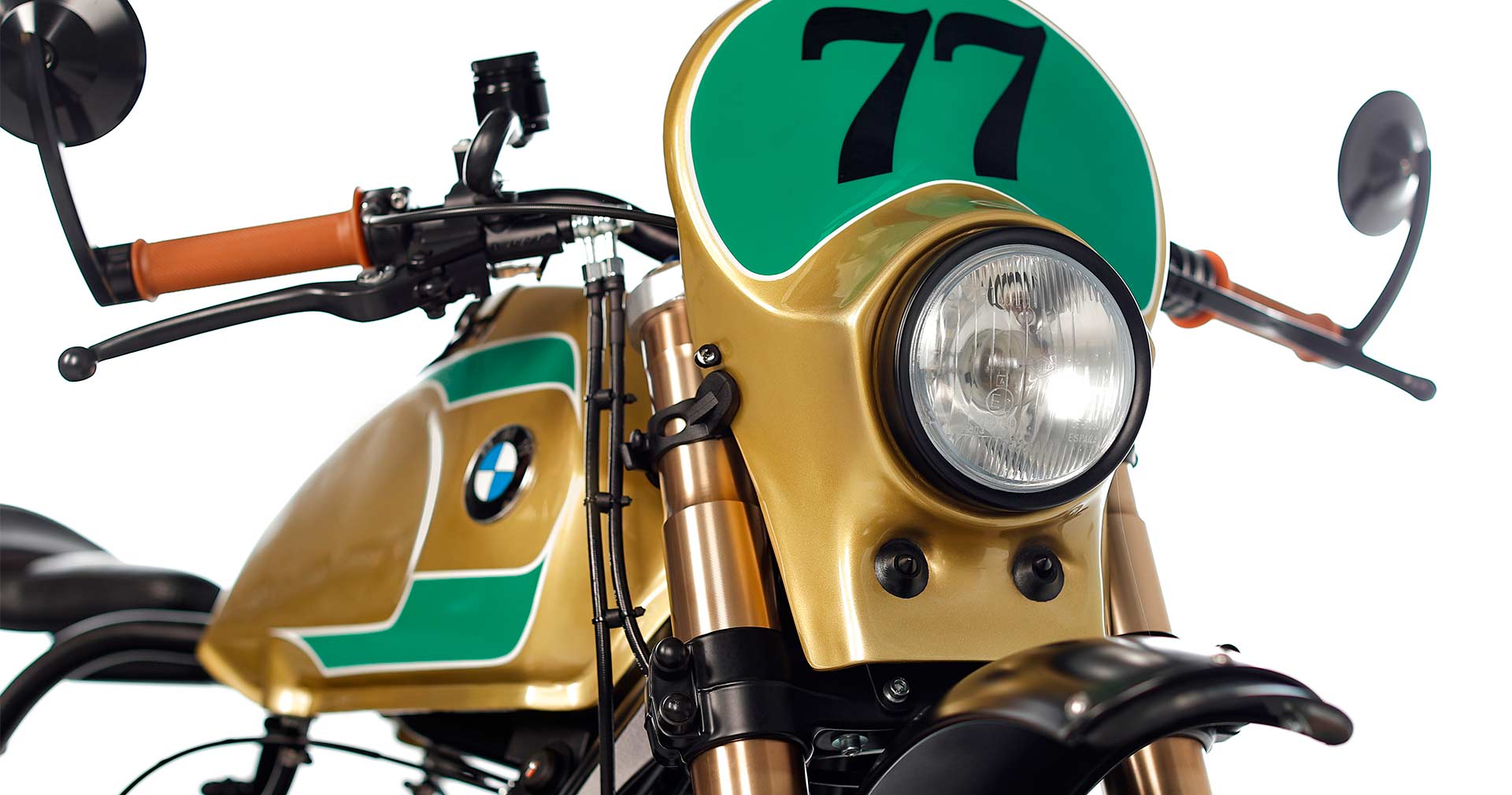 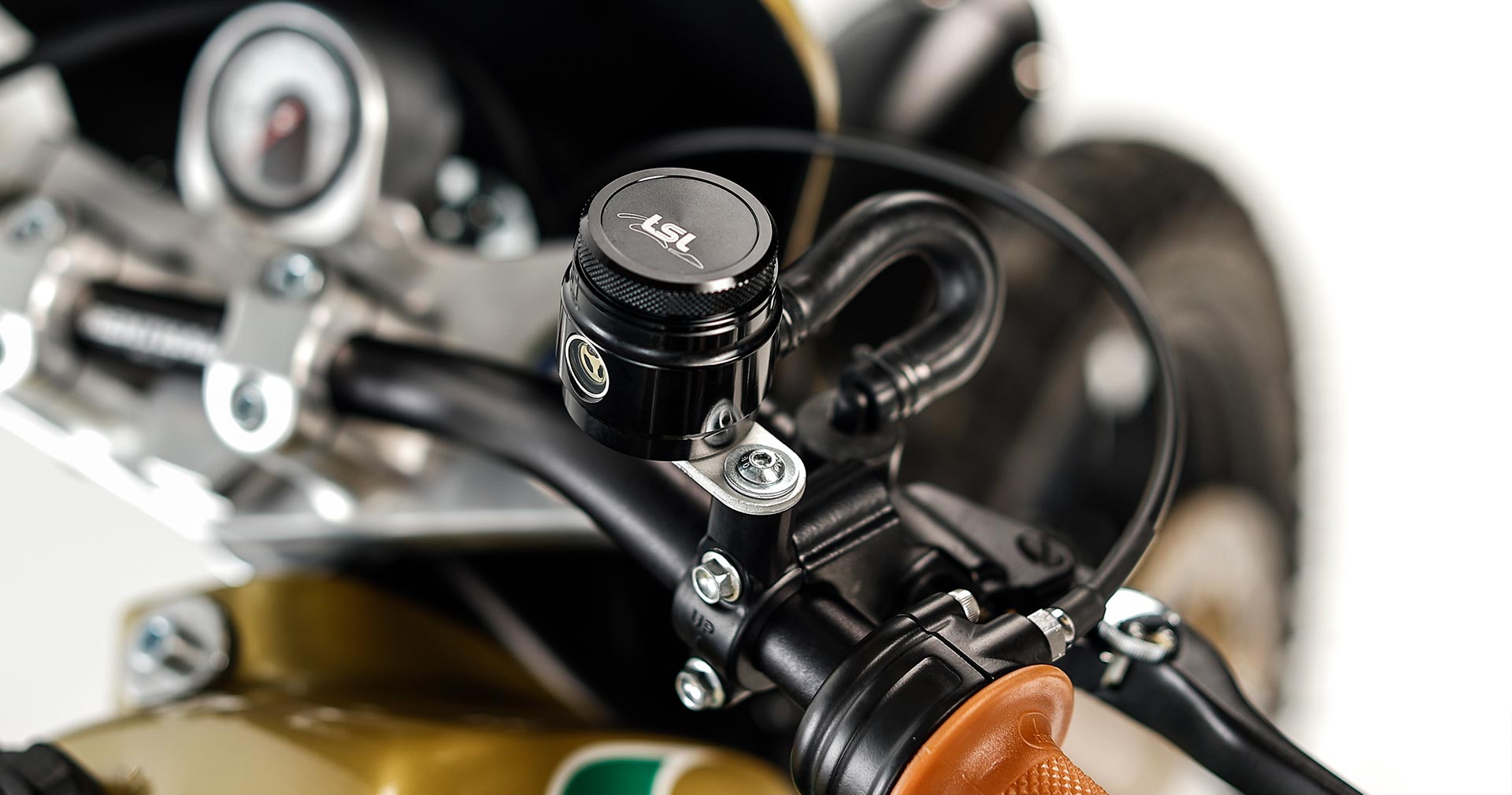 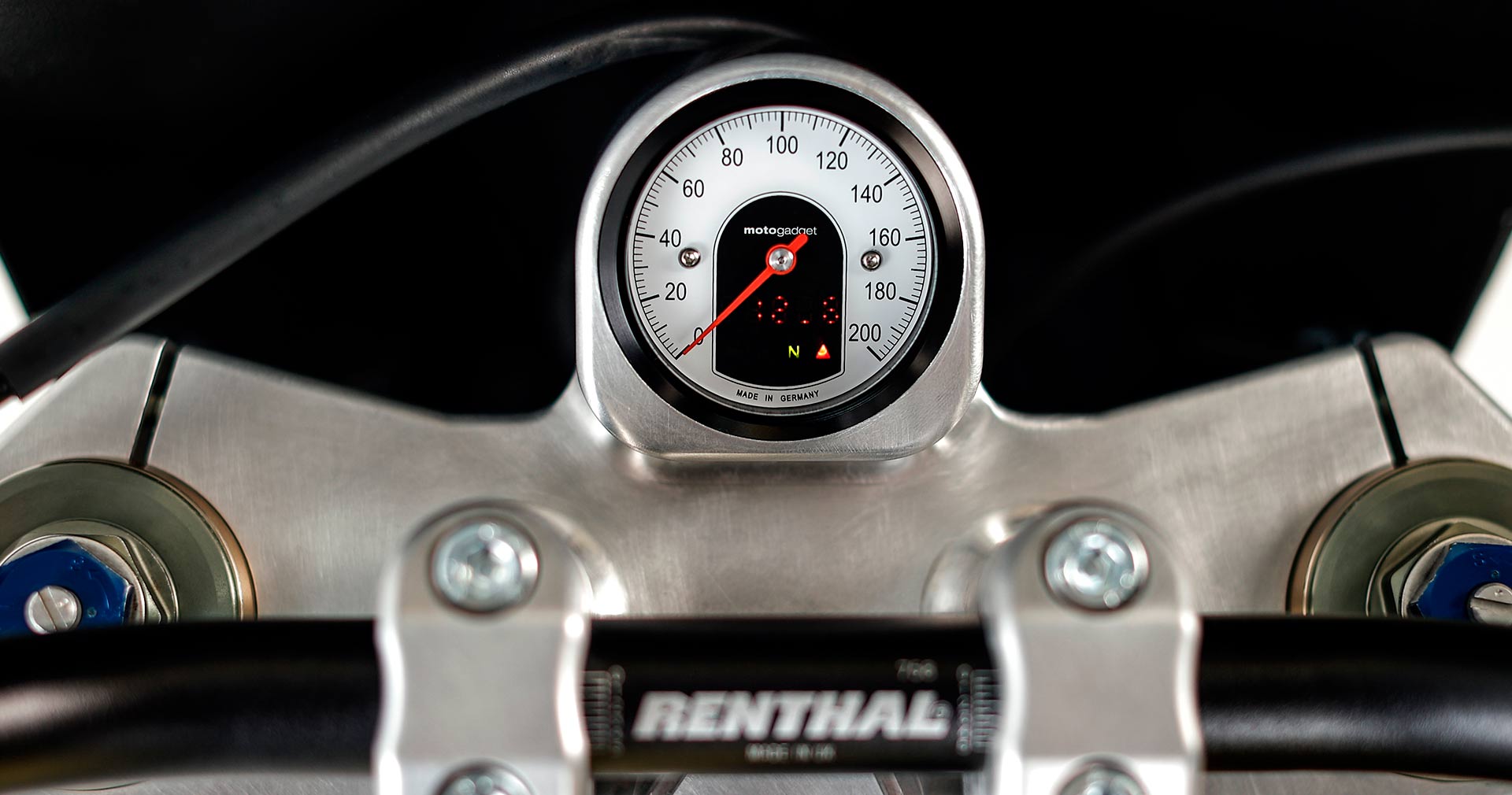 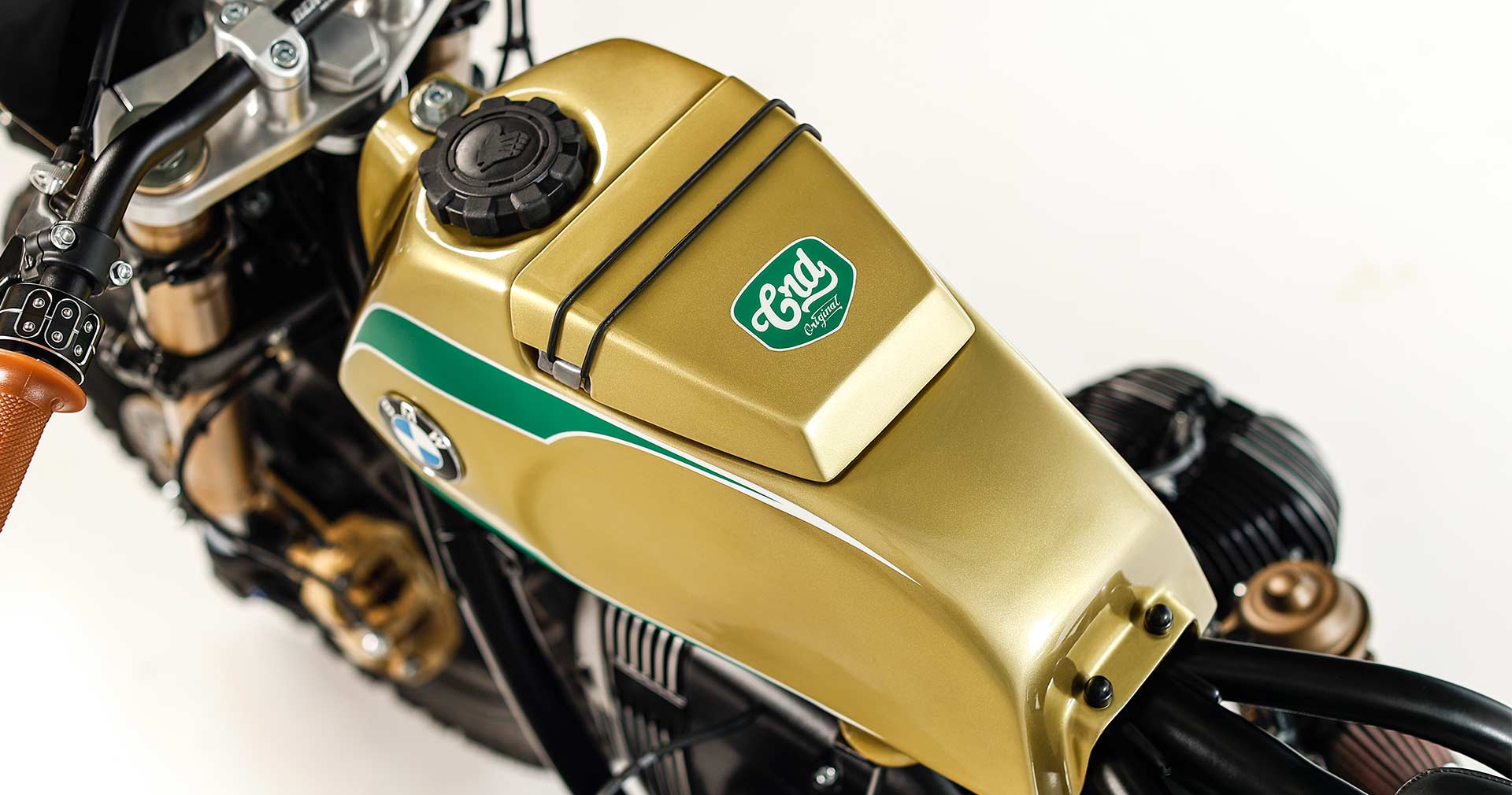 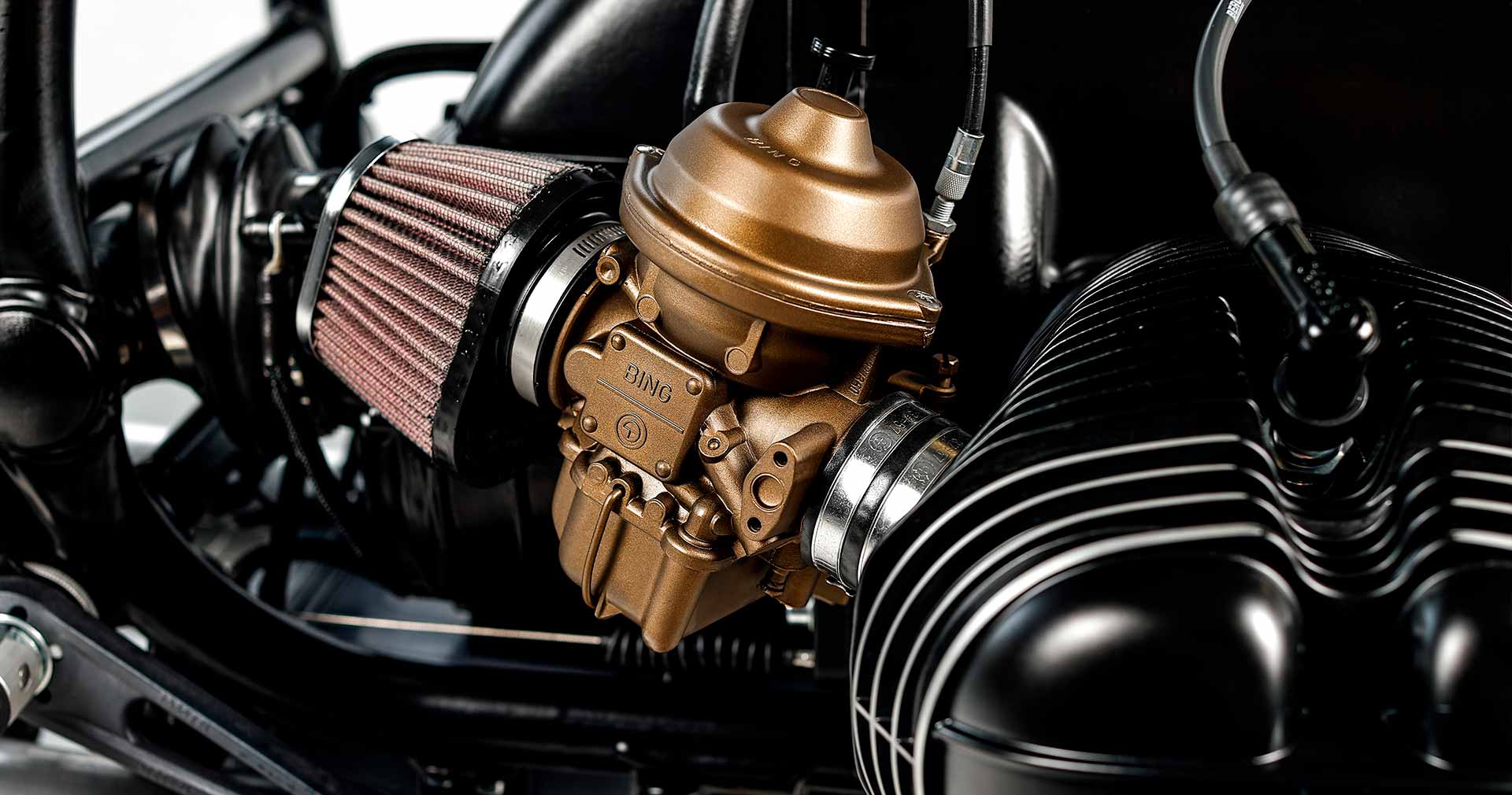 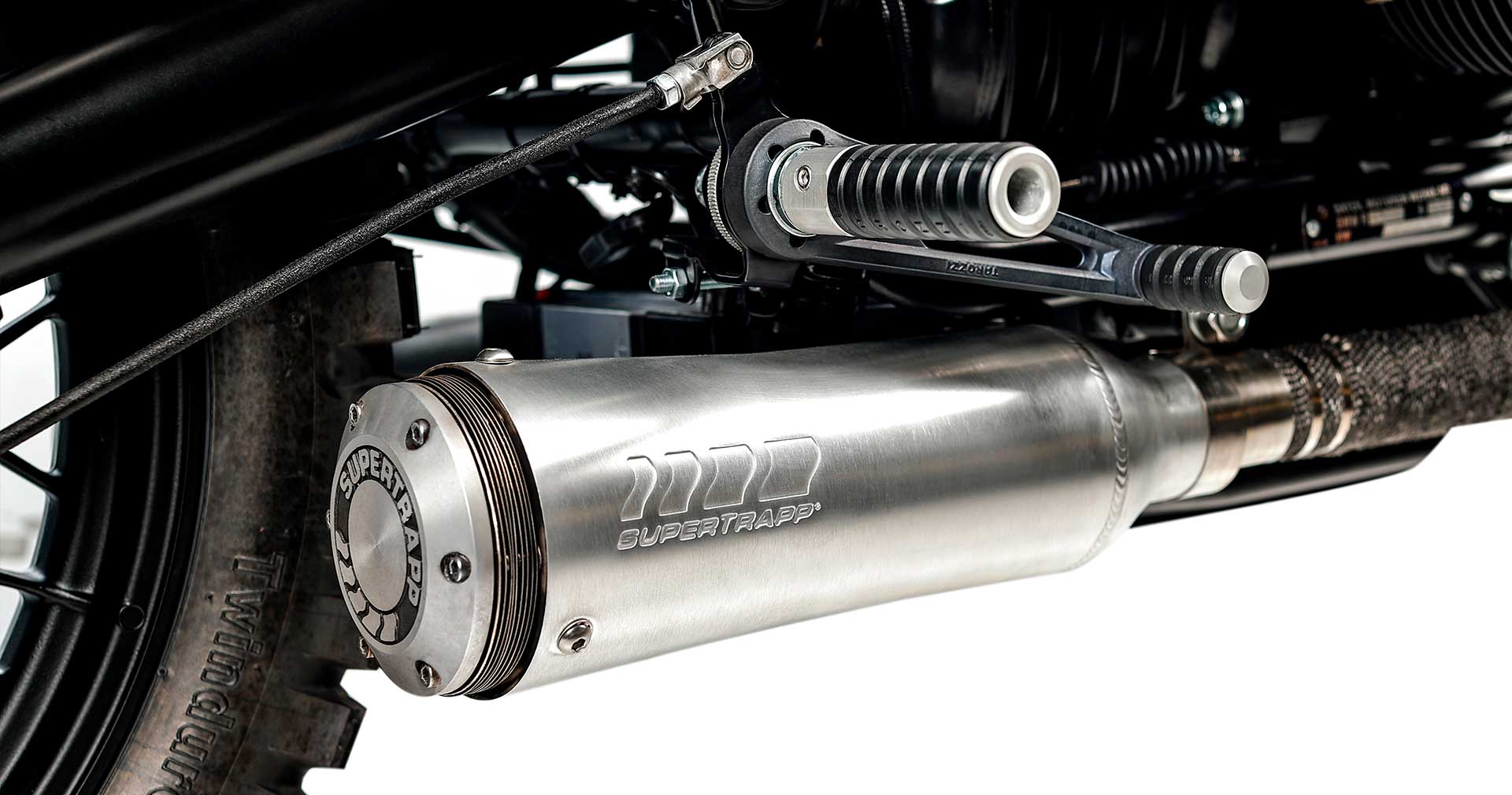 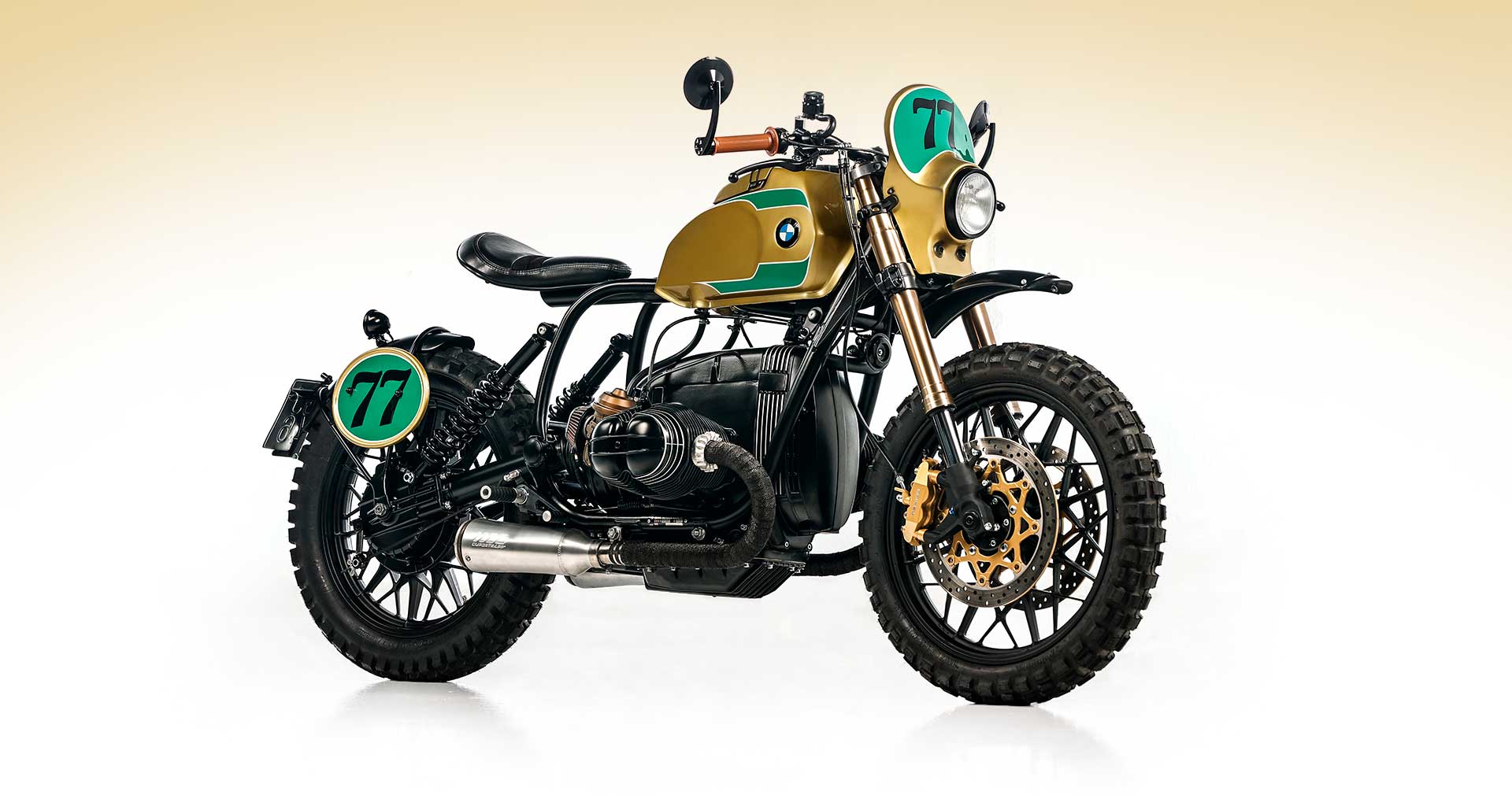 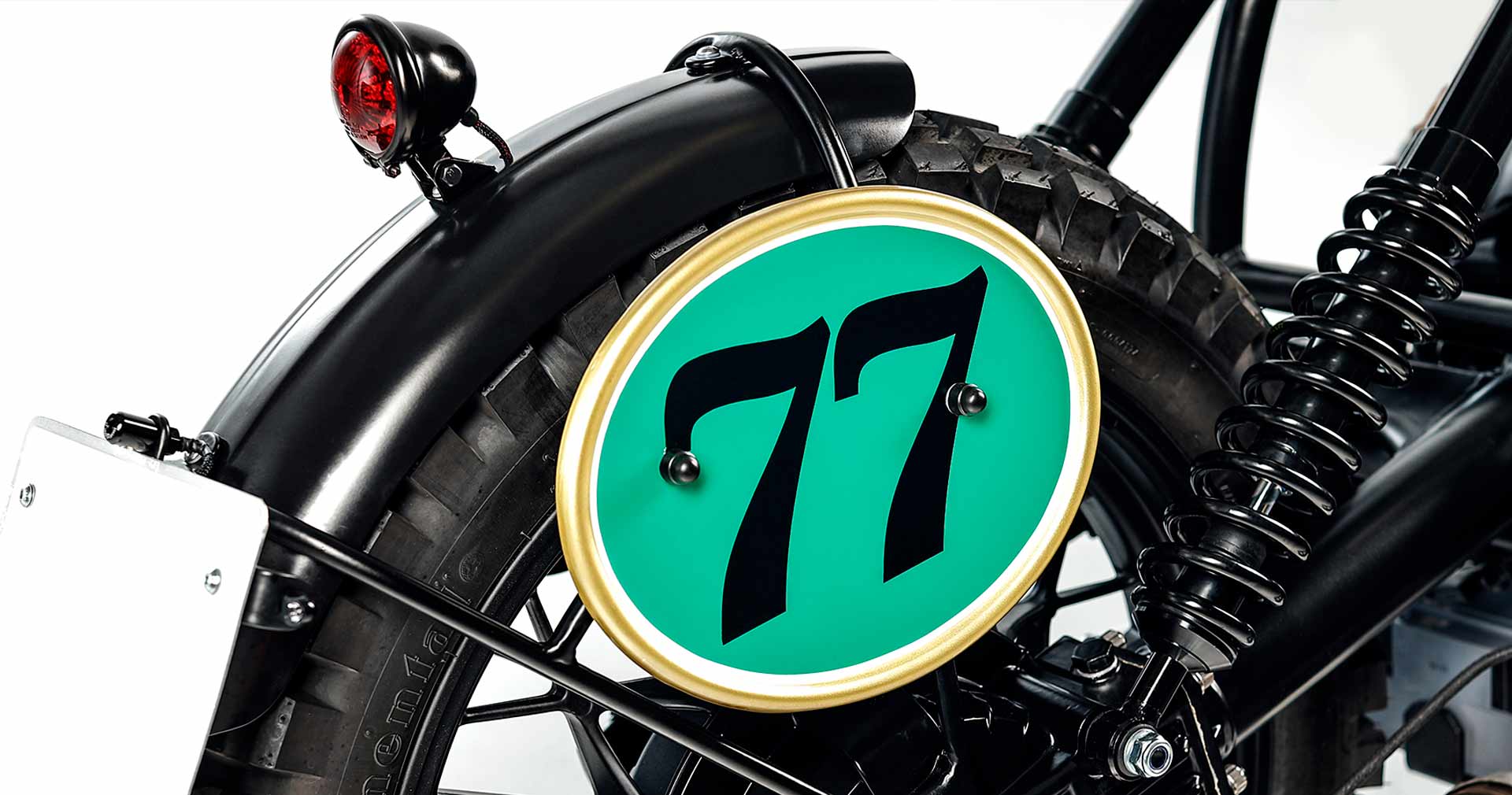 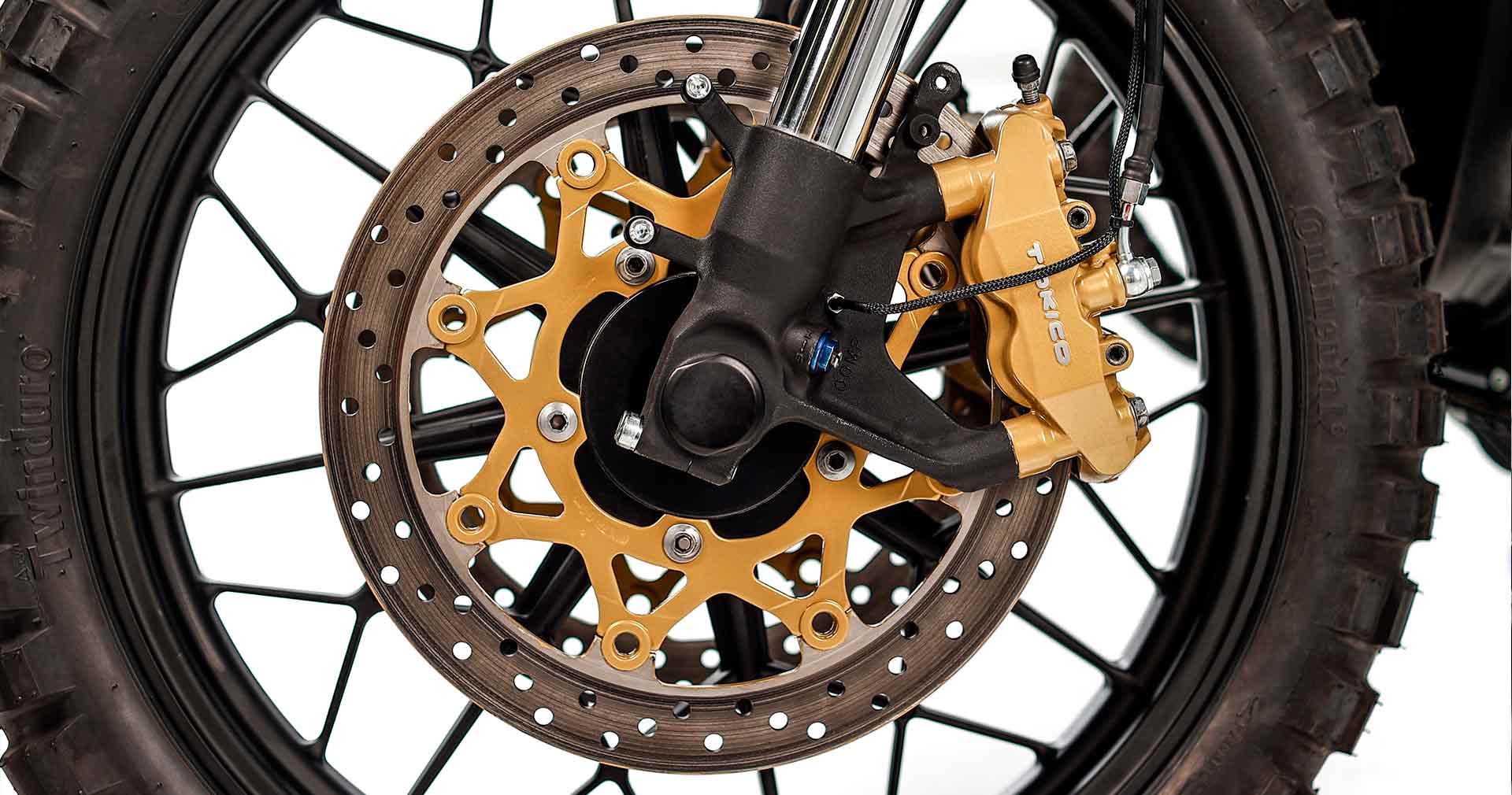 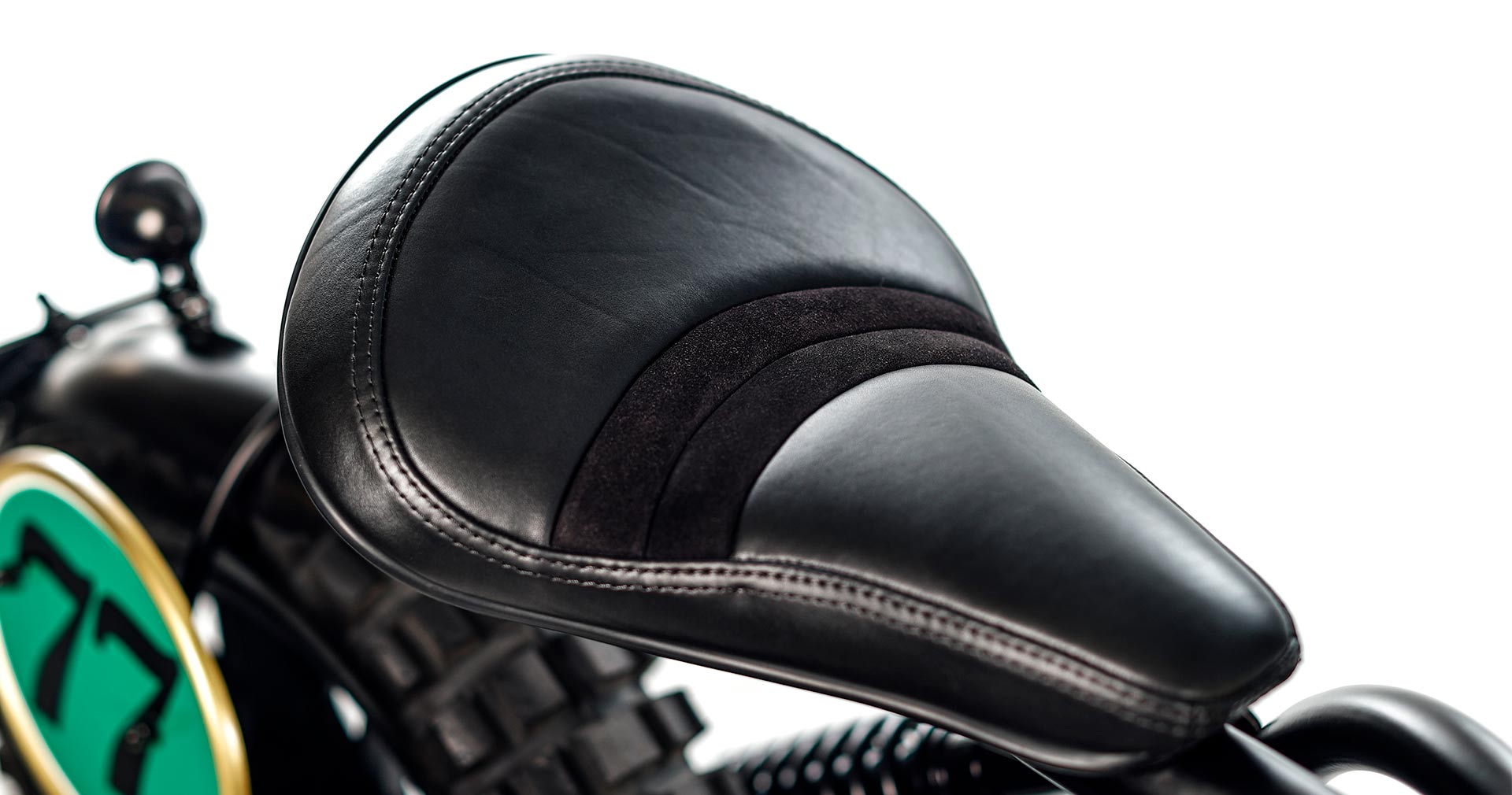 Cafe Racer Dreams has taken two well-defined approaches to its latest customizations as part of the project for the renovation of the brand in honor of its tenth year anniversary. And so CRD is producing, on one hand, motorcycles on demand from clients, with whom the company works hand in hand throughout the customization process; and on the other a series of thematic motorcycles. Prime examples of the latter are the #CRD119, a tribute to the mythical races on the Isle of Man of the 1930s; the #CRD122, known as the “Dakar” inspired in the famous rally or the #CRD124, a celebration of the original Cafe Racer culture of the 1960s. These thematic bikes are a celebration of the races and styles that have marked several generations in the world of motorcycling. One of the latest projects also has an interesting touch of history: the #CRD128.

It’s immediately apparent that the #CRD128 is a tribute to Bultaco, especially the classic Bultaco Frontera 370 Gold Medal, which was itself a celebration of the golden decade of Spanish “off-roading” in the 1970s. The starting point for this customization was an original Gold Medal gas tank, the beginning of the outlines of this BMW R80RT, the #CRD128. The only change to the gas tank, with its original cap bearing the distinctive ‘thumbs up’ from Bultó and even the rubber lid of the toolkit, is the BMW logo, in honor of the original BMW R80RT. The new configuration has slimmed down this bike a whopping 100 kg, retaining little of the original RT. The fairing and headlight are also directly from the 1976 Frontera 370 Gold Medal, a model with a very curious history as it came from a returned shipment from the United States that arrived too late and was reconverted for a special “motocross” style.

As for the details of the conversion, the most important aspects are the short SuperTrapp pipes, which give it a unique sound and the look of a classic 1990’s racer. To boost the airflow to the boxer motor a set of Bing carburetors were added, provided of course with a gold Cerakote finish to match the rest of the bike. A pair of oval K&N filters were also installed.

For the suspension, we have inverted 43mm forks with four-piston Nissin radial calipers, and Hagon shock absorbers. Another striking aspect is the number plate, practically all that remains in the rear, reduced to the minimum by eliminating the cowl and with a minimalist, customized fender fitted with a bullet-type LED light.

The solo seat is finished in 4mm Buffalo hide with sheepskin piping down the center to give an extra dash of exclusivity. Other features are the brown Domino grips, in line with the ‘gold’ aesthetic, LSL brake reservoir, Tarozzi cables, and Highsider mirrors. Motogadget Tiny instrumentation is also integrated into the machined aluminum yoke along with m.switch mini controls and mo.blaze indicators.

No doubt, the #CRD128 is a very special machine, both a tribute to our classic off-roading era with the lines of the BMW R series adorned with a few advanced components.