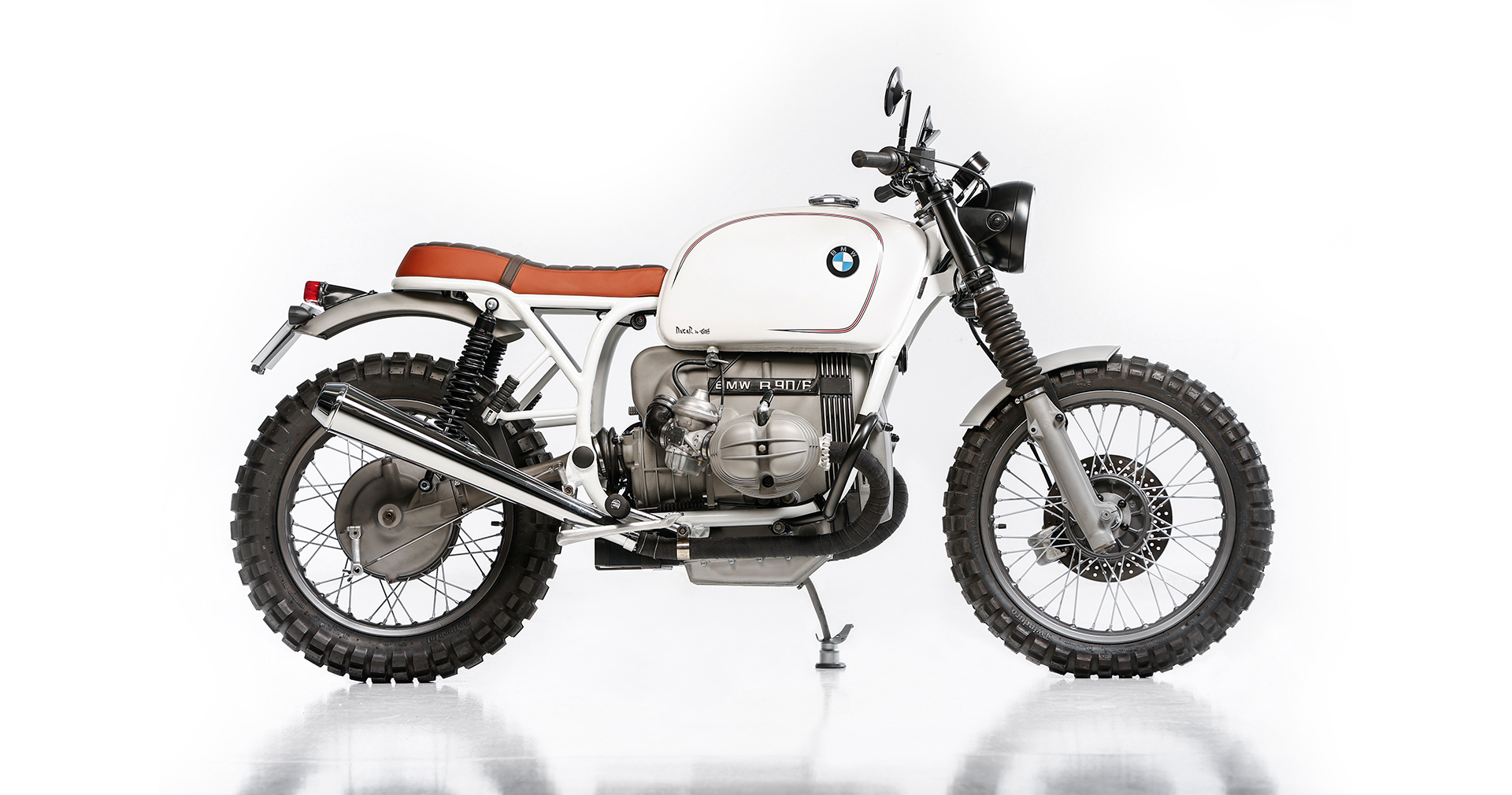 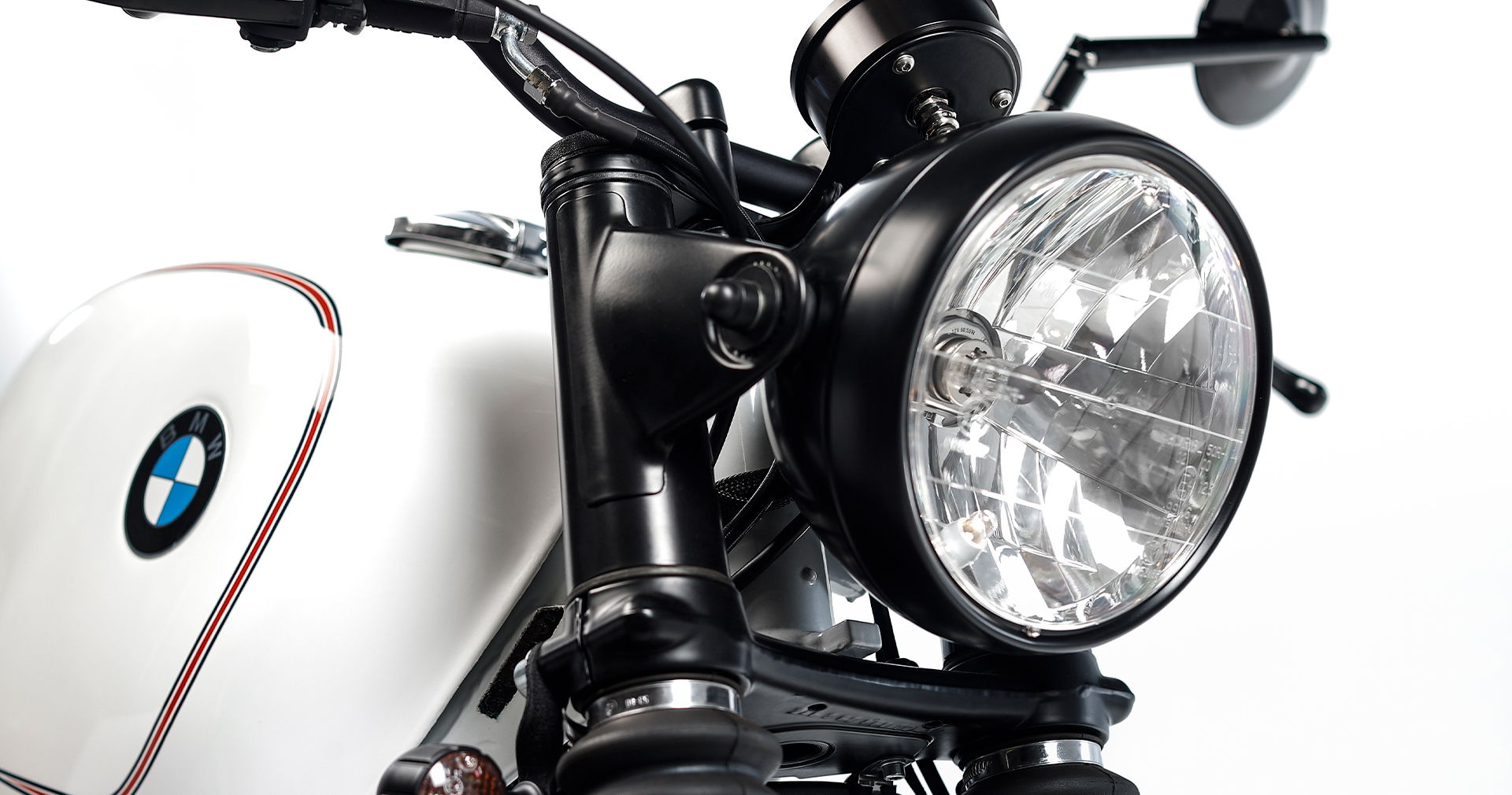 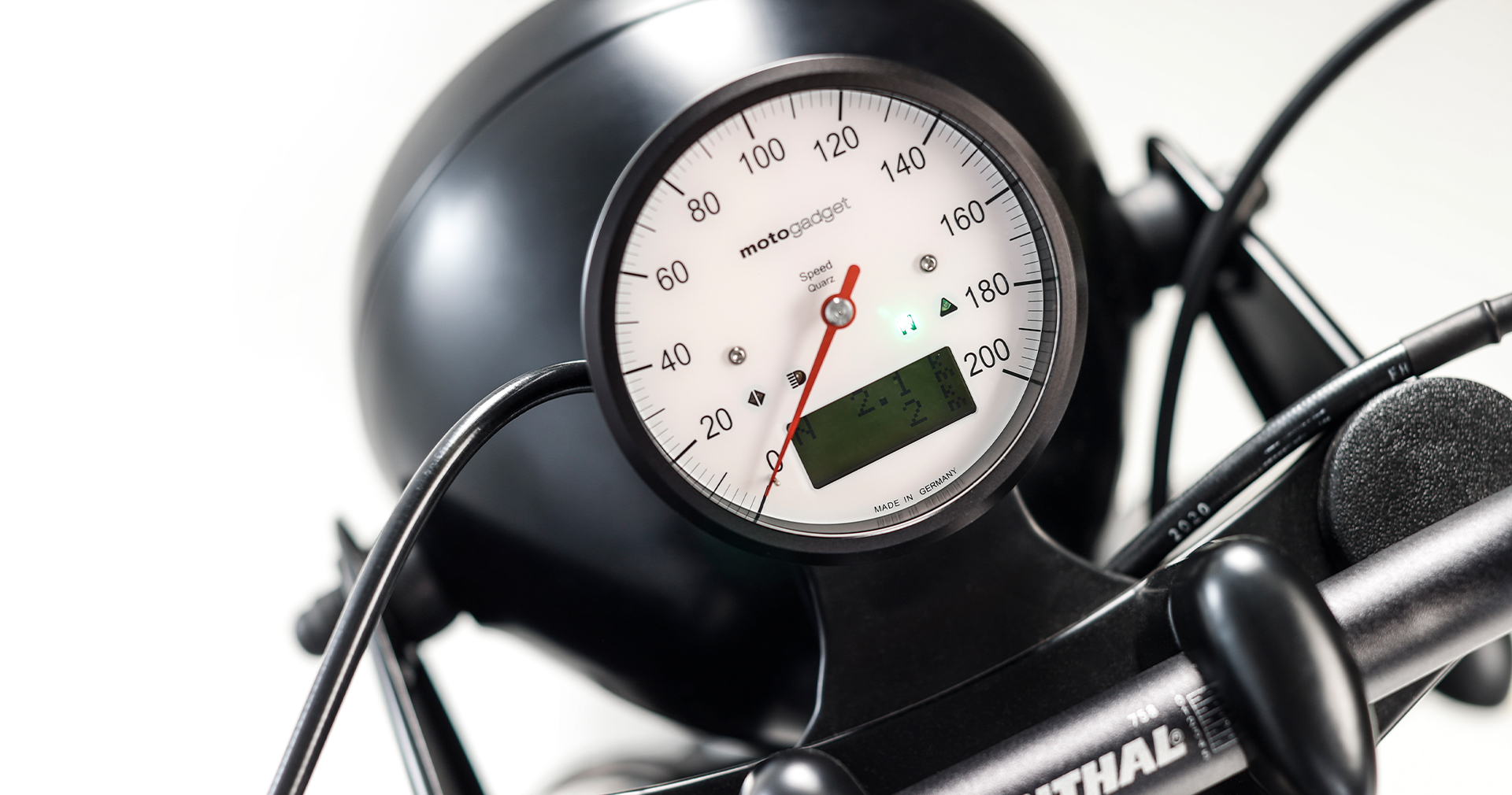 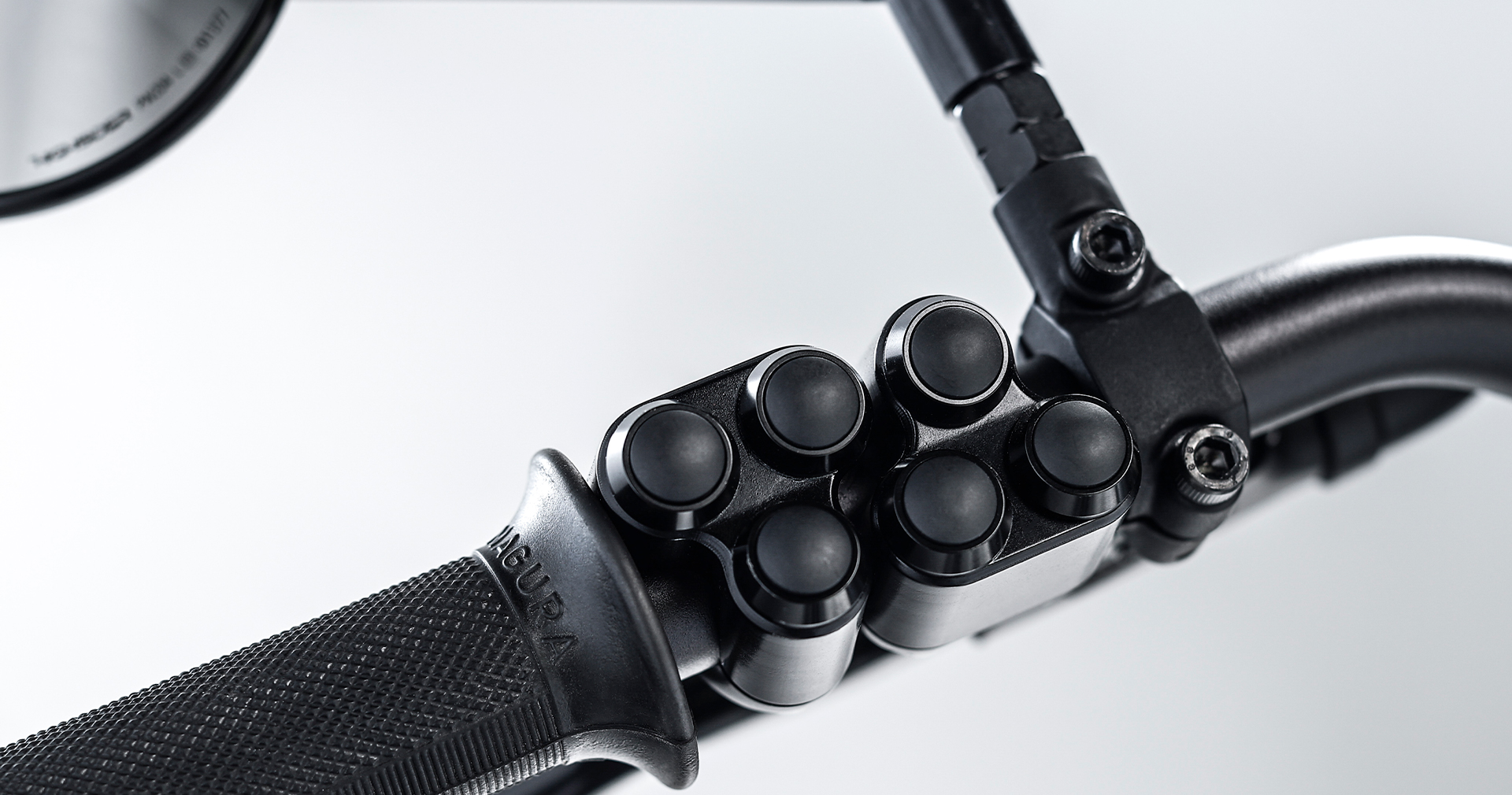 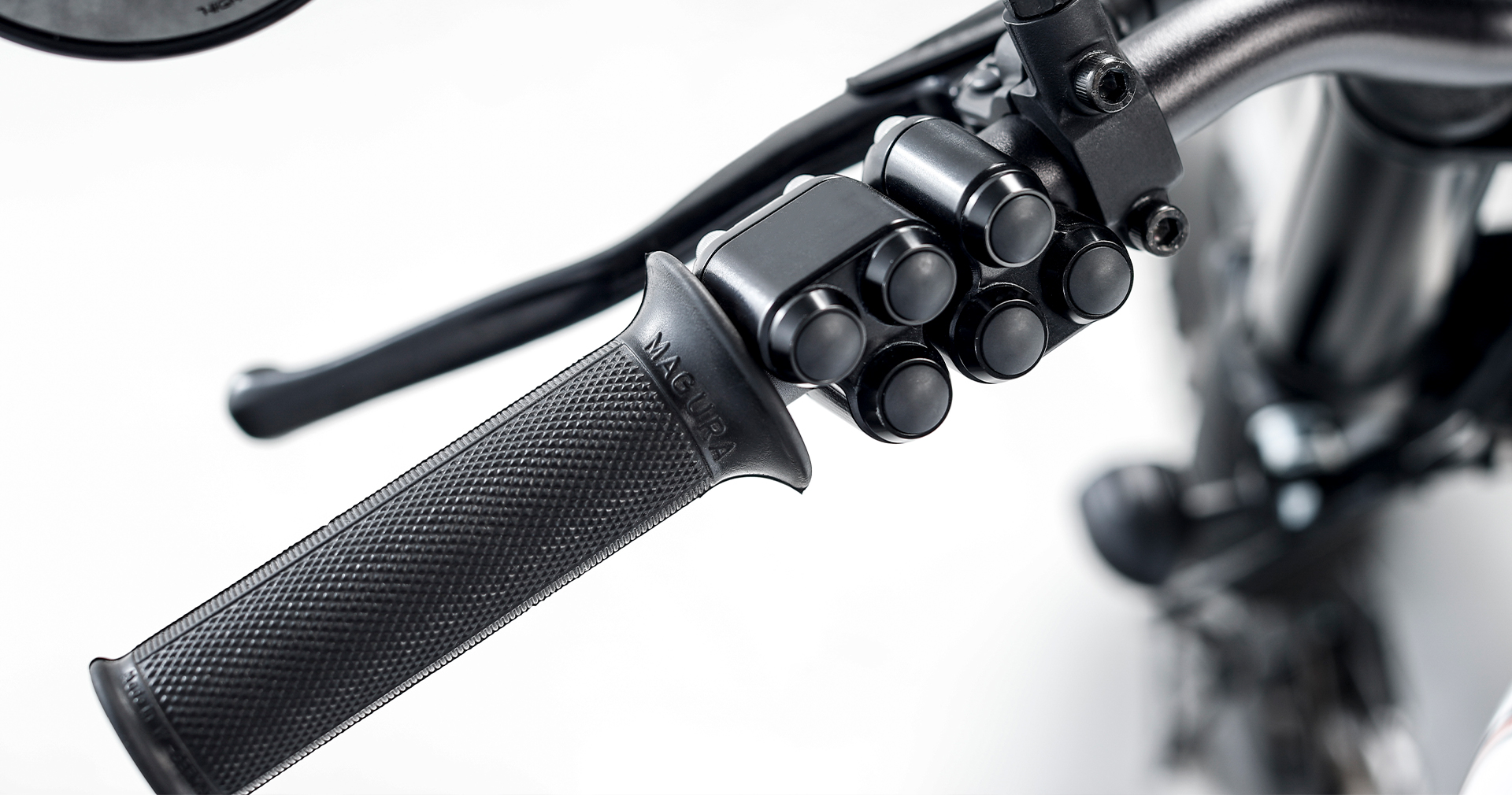 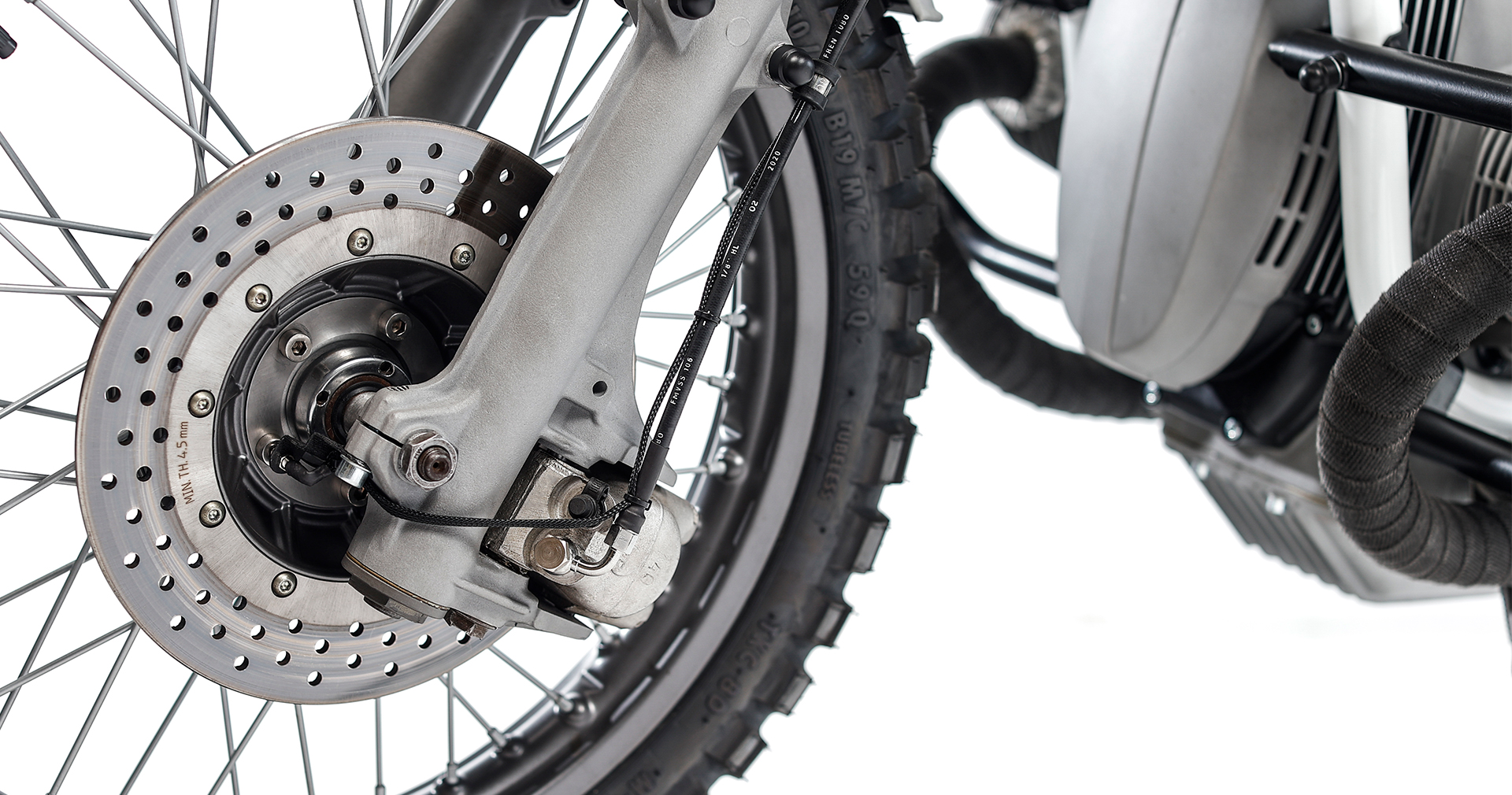 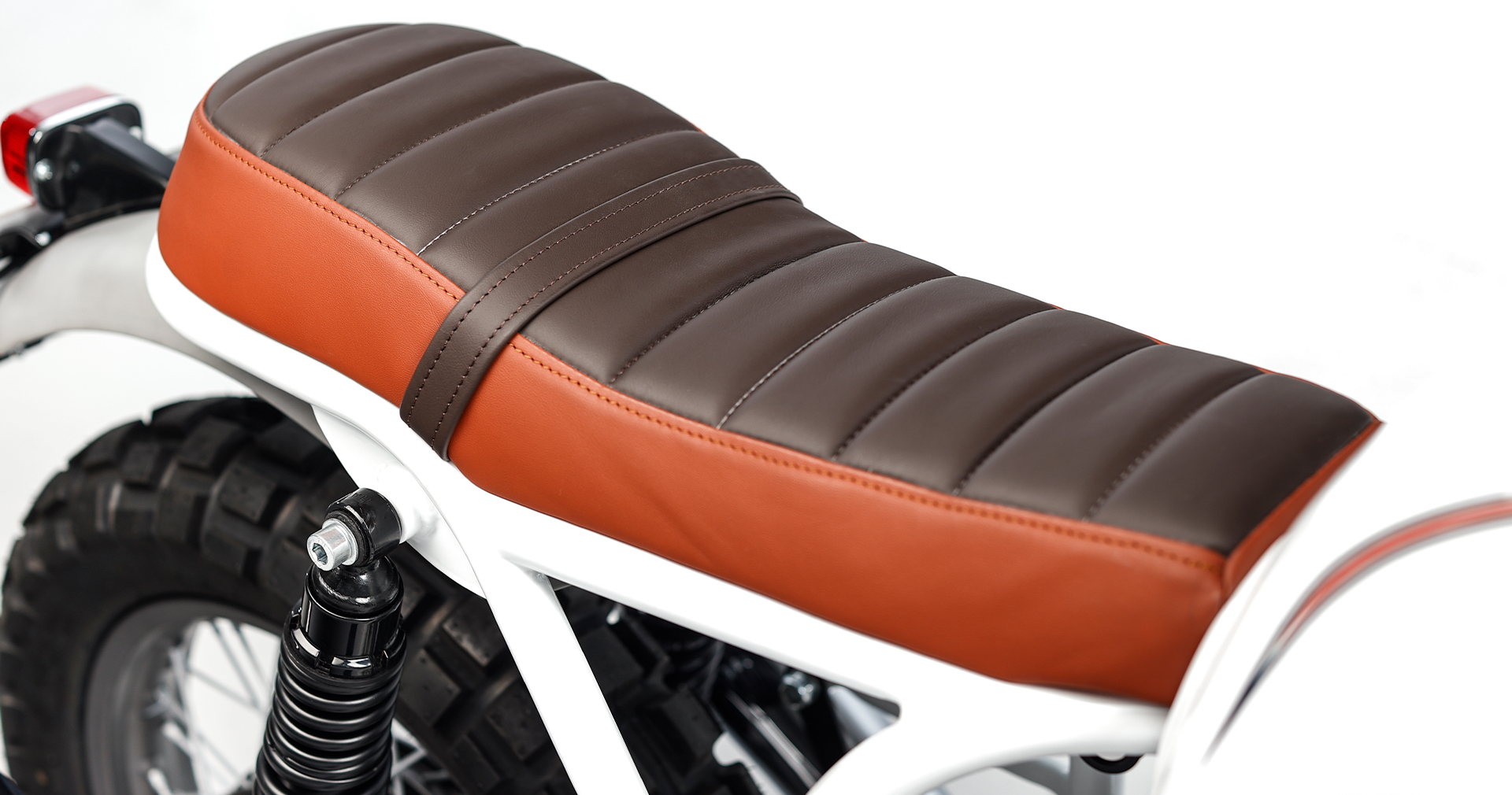 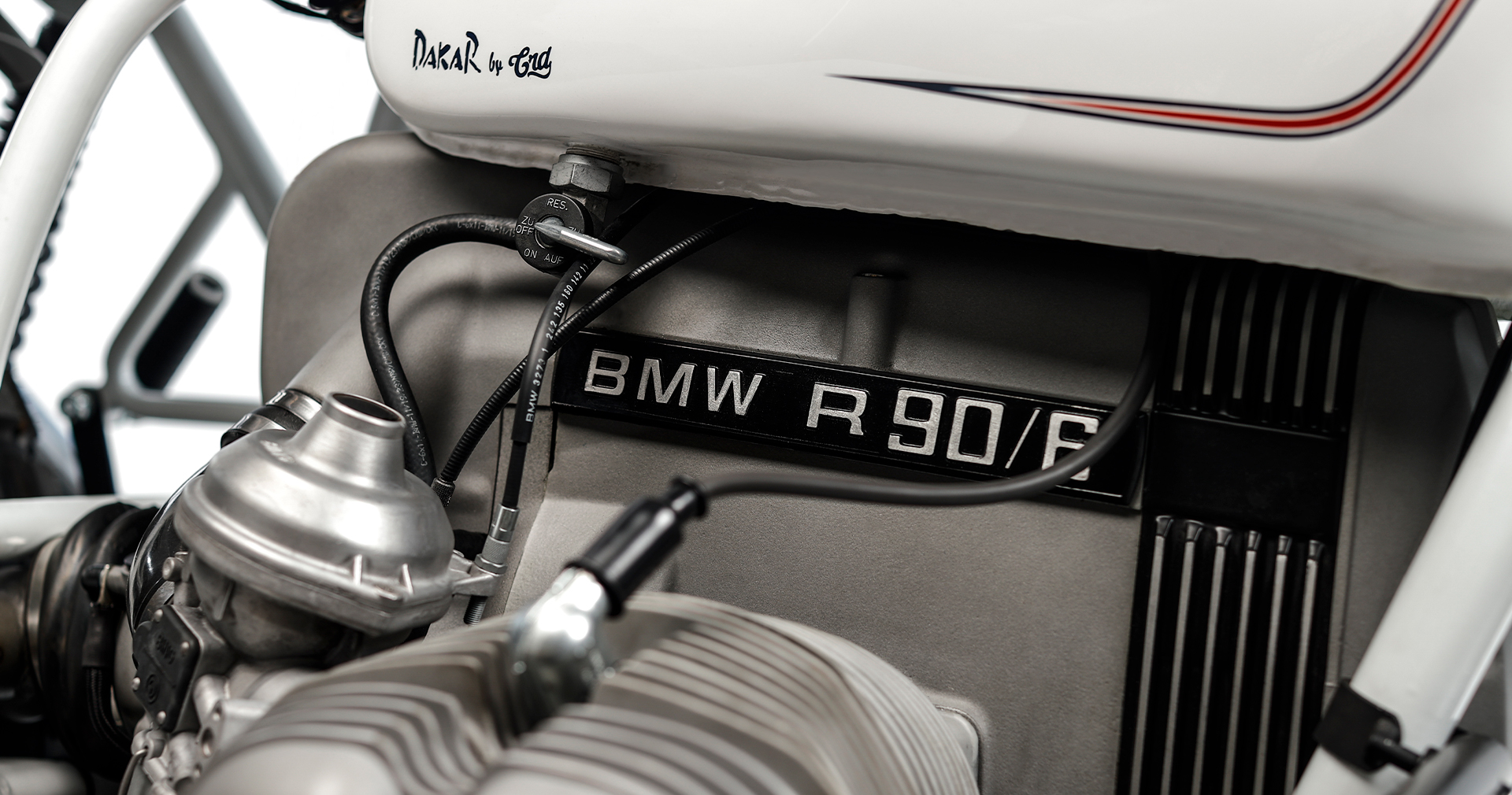 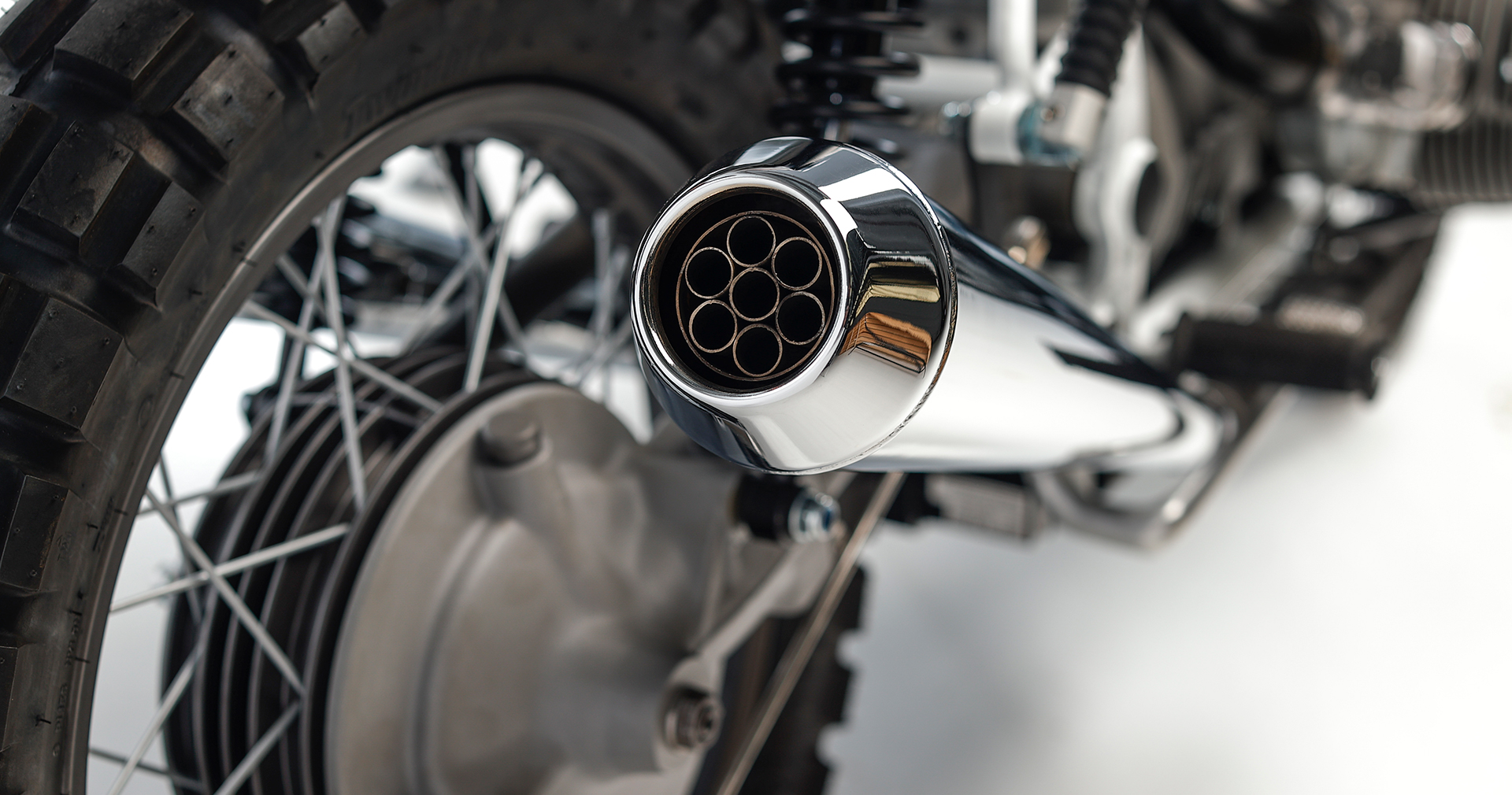 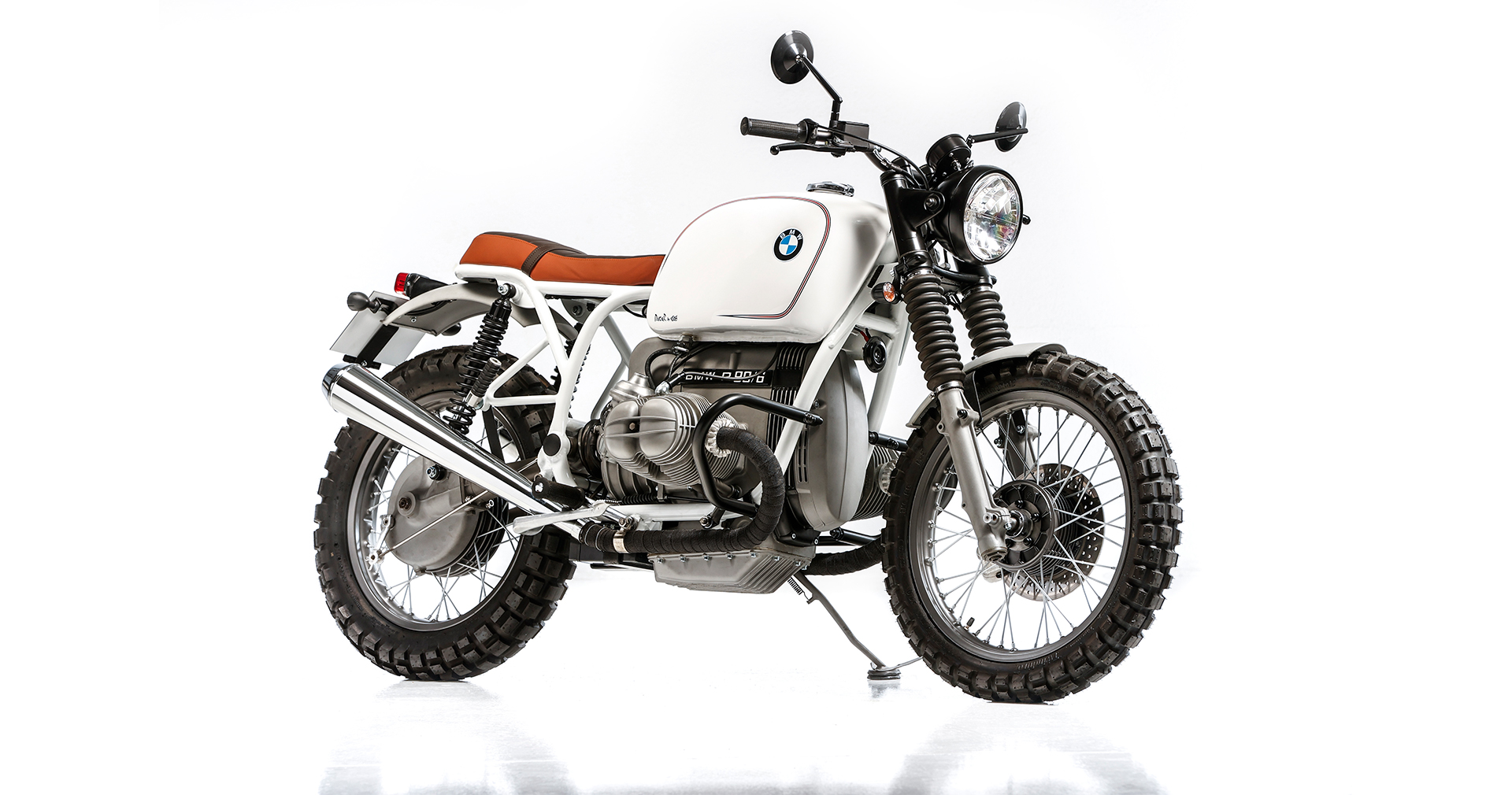 Cafe Racer Dreams continues with its series of projects inspired by legendary motorcycle races and presents CRD122, a motorcycle that pays tribute to the Dakar Rally. Since 1978, when Thierry Sabine sent participants in the first Paris-Dakar the ringing words: “A challenge for those who go. A dream for those who stay behind.”, the Rally has become one of the most legendary motorsport events in the world.

BMW’s relation to Dakar is well known and the victories of the German brand became part of the legendary saga of the G/S. In 1981, Hubert Auriol won this most prestigious and challenging rally, a first for the German brand. Auriol repeated his victory in 1983 and Gaston Rahier did likewise in 1984 and 1985, astounding the world with his handling of the great trail bike with its boxer motor despite his small stature. These bikes marked an entire generation, who yearn for those early “Dakar trails” such as the R 80 G/S Paris-Dakar.

CRD has taken up the torch and produced its own version of a rally it knows well since the current Chief, Juan López, has competed three times in the Rally as Team Manager. So there is ample know-how about the Dakar Rally in the design department, which has taken a 1973 BMW R 90 to produce #CRD122 referred to in the shop, naturally, as “the Dakar”.

The most striking feature, at first sight, is the white gas tank and the three-pin lines that pay tribute to the three phases of the rally: the daily stages, the loops, and the marathons. Unusually for the brand, the bike has a great deal of white, both on the gas tank and the chassis, and grey as well, especially on the wheels with different colored rims and spokes for a striking effect.

Another special touch of color, some of the parts of the bike have been shot blasted to bring out their natural color, including the cardan, fenders, and engine block. This is an uncommon technique that highlights the character and aesthetic of each metal piece and adds an extra touch of personality.

The elegant aesthetic is topped off by a two-up seat with two-tone leather, the lighter recalling the sands of the desert and a darker tone in honor of the rougher terrain of the rally. It has a comfortable riding posture thanks to the seat and the raised Renthal handlebars. Another striking feature are the switches similar to those used to manage the Road Book in rally bikes and the Motogadget Chronoclassic instrumentation, adding an ad hoc retro feel, along with the Highsider rear-view mirrors and Arizona indicators.

The chassis includes totally rebuilt forks, modifying the hydraulics, Hagon shock absorbers. Also added, of course, were Continental TKC80 studded tires with a wider 140 in the rear to give that off-road touch. The higher and longer chrome exhaust pipes also give added elegance to the line. After eight weeks of work, this BMW R90/6 has been transformed into CDR’s tribute to the mythical Dakar Rally. This bike is ideal for a touch of off-roading and adventure; you can almost feel the desert sand across your visor.