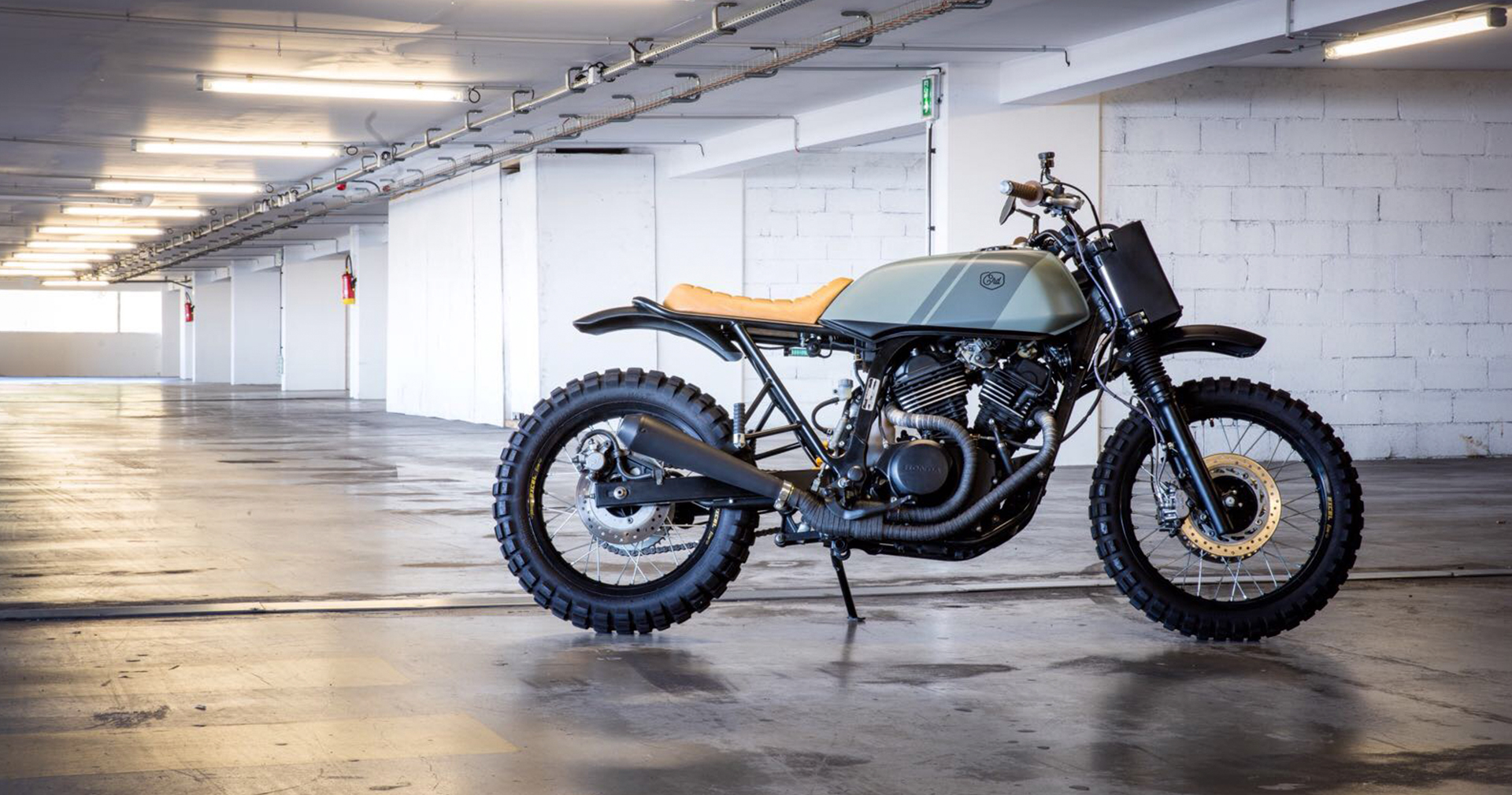 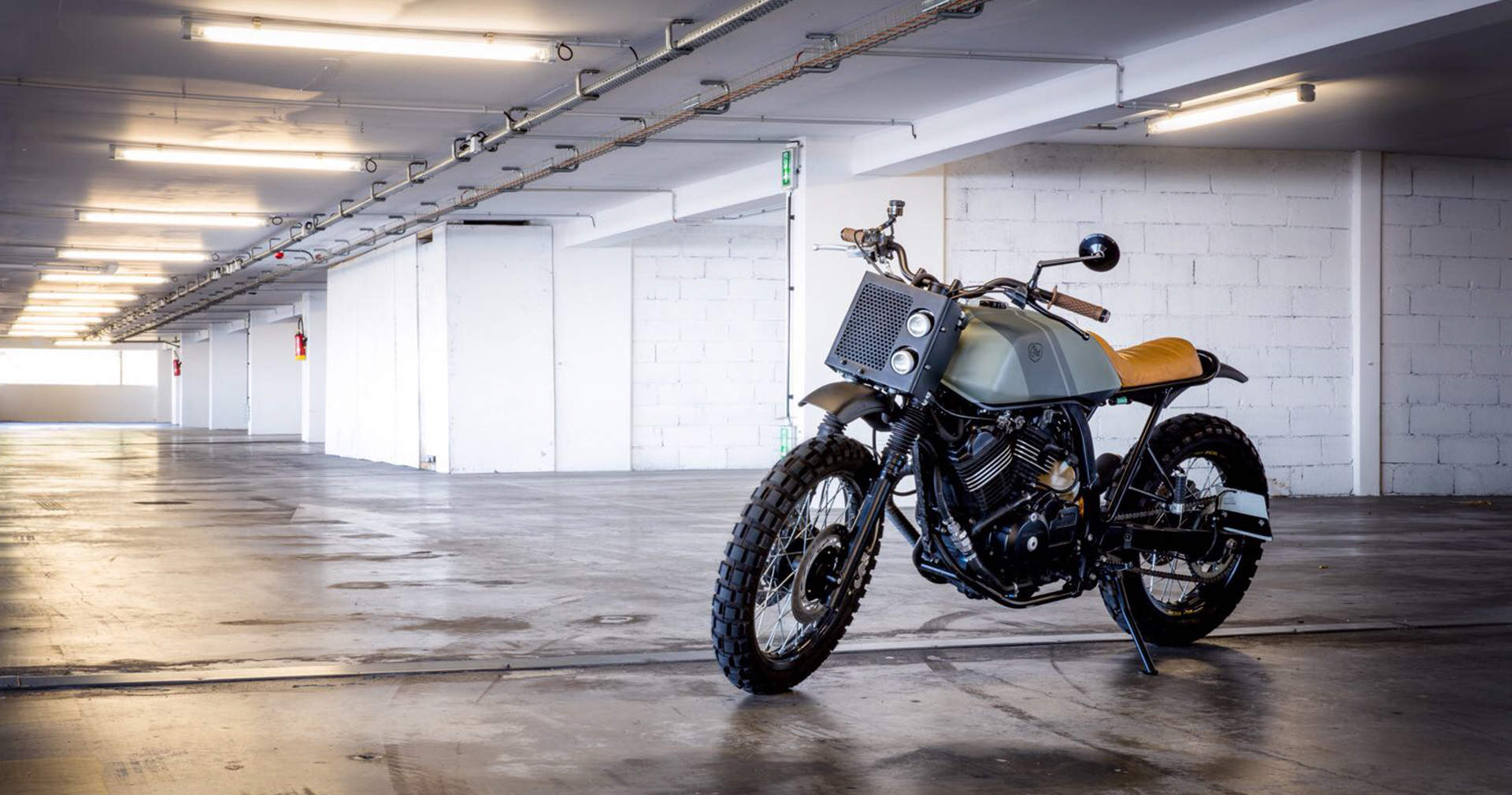 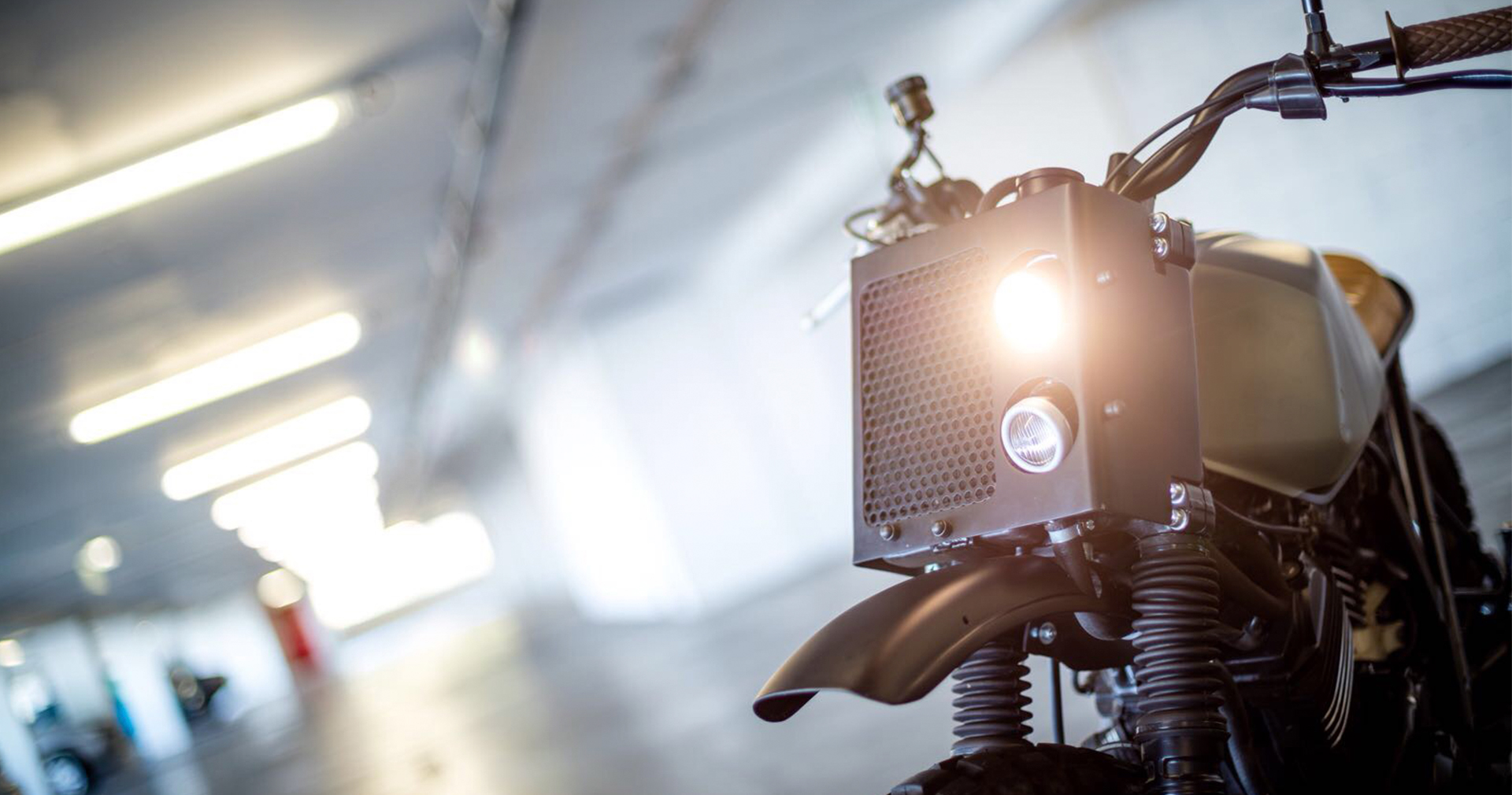 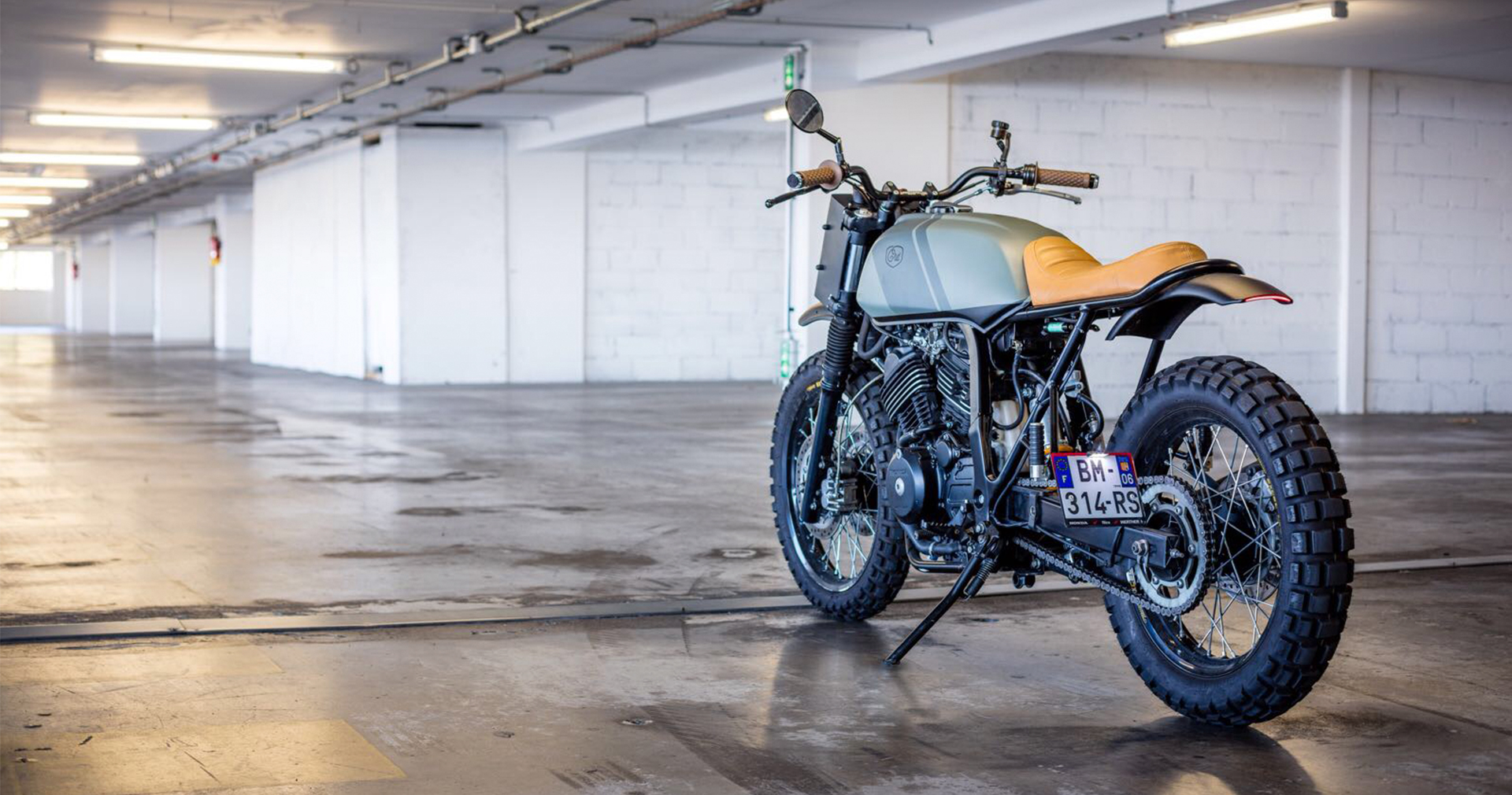 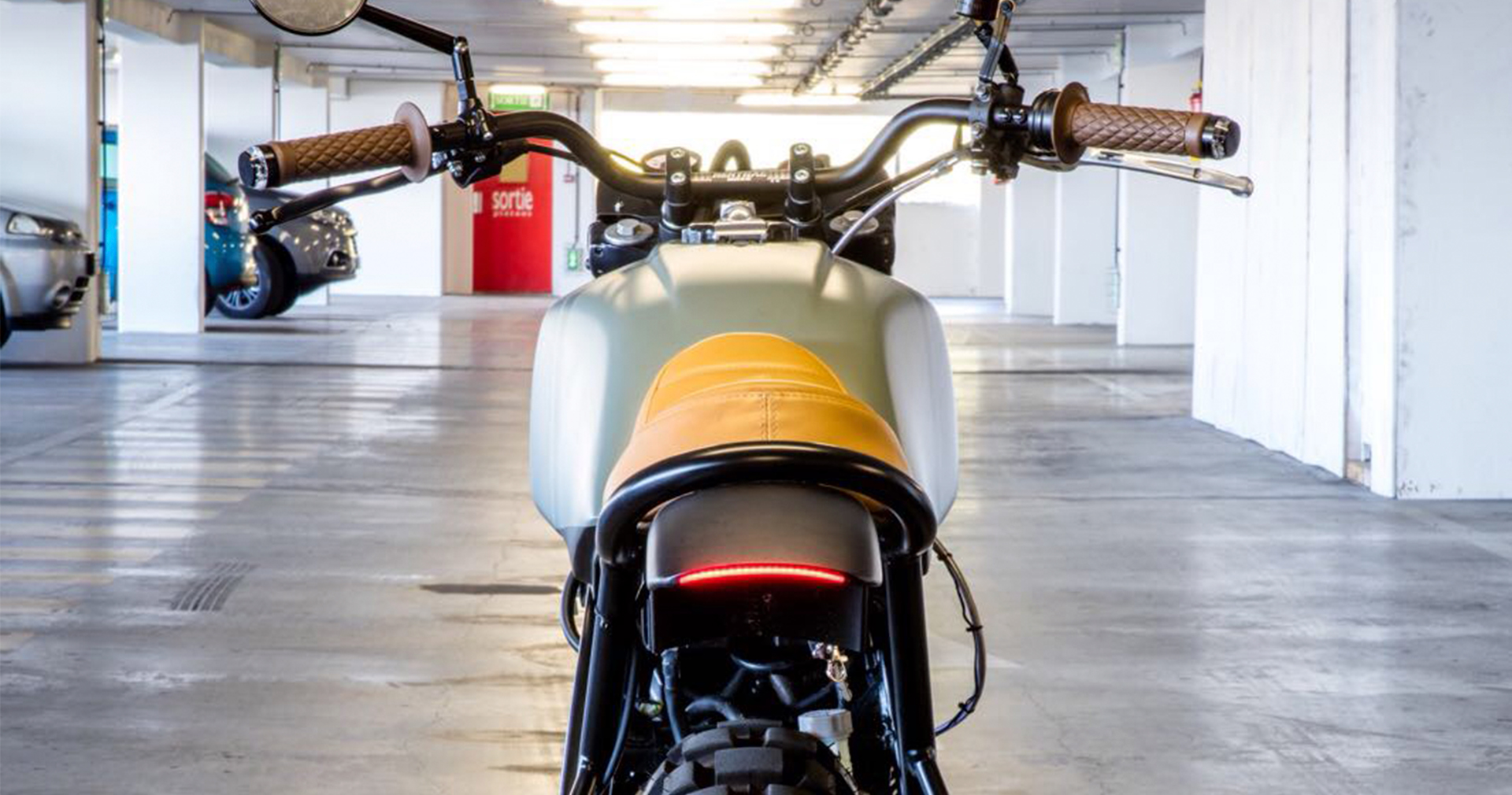 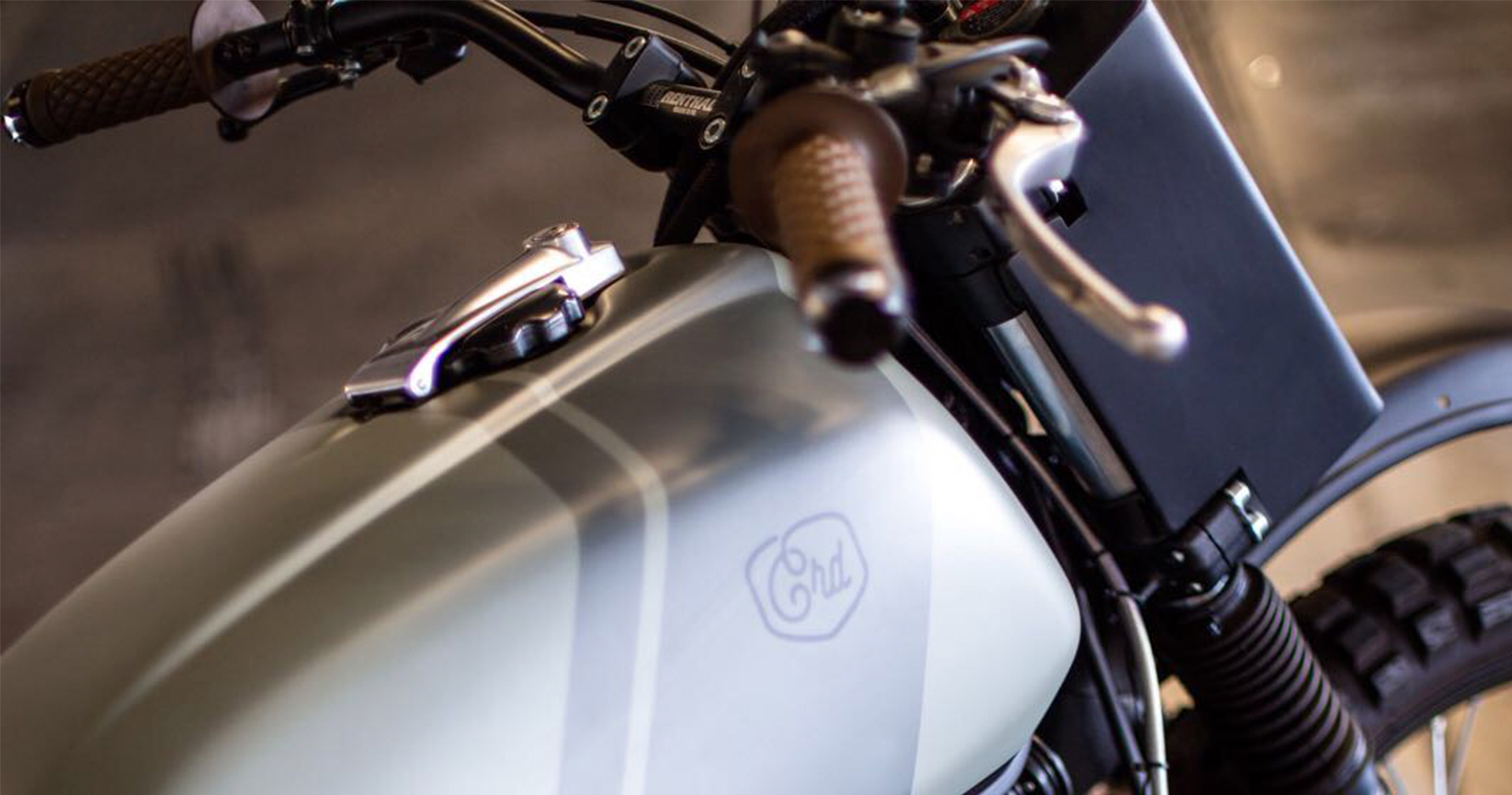 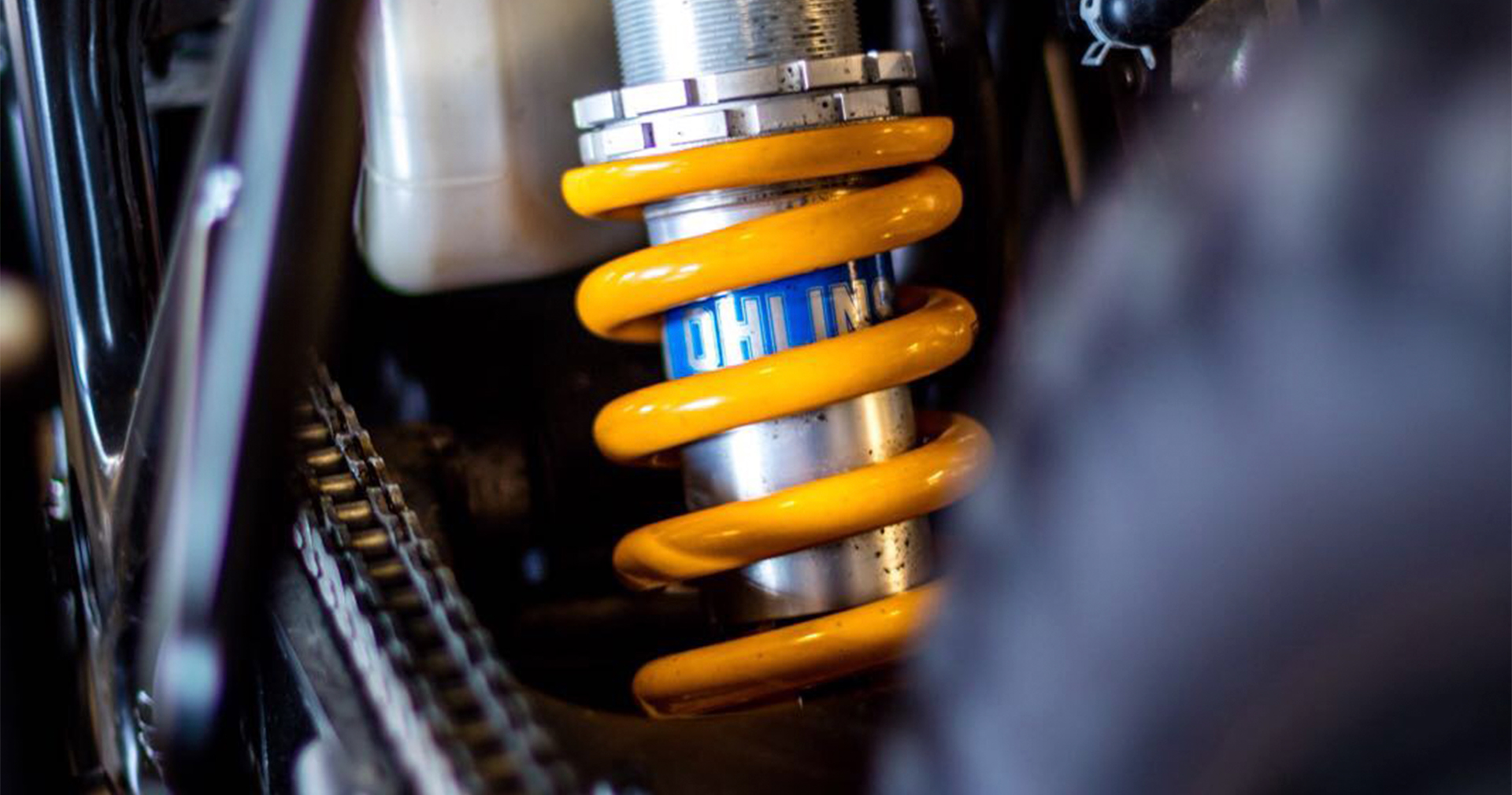 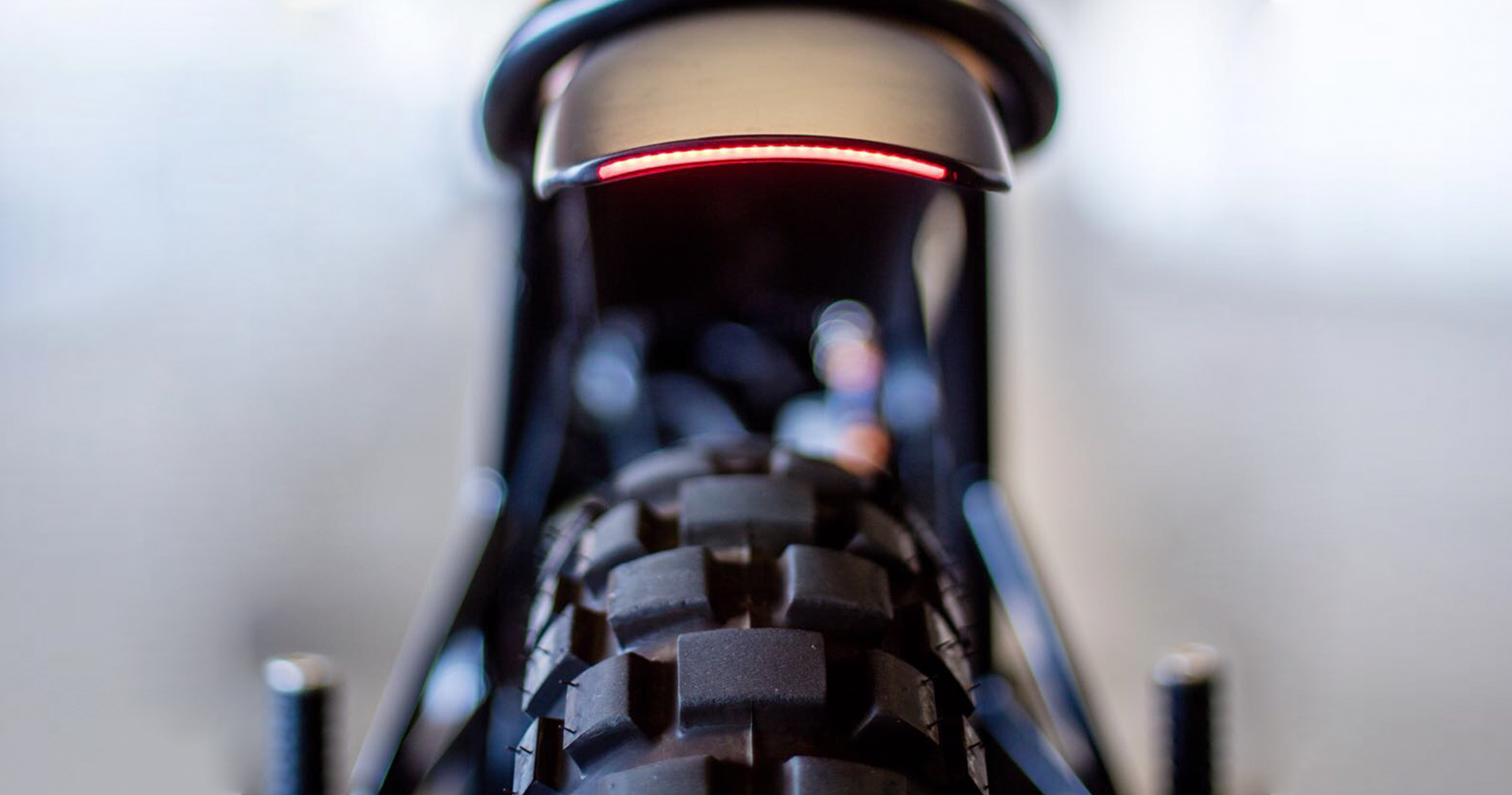 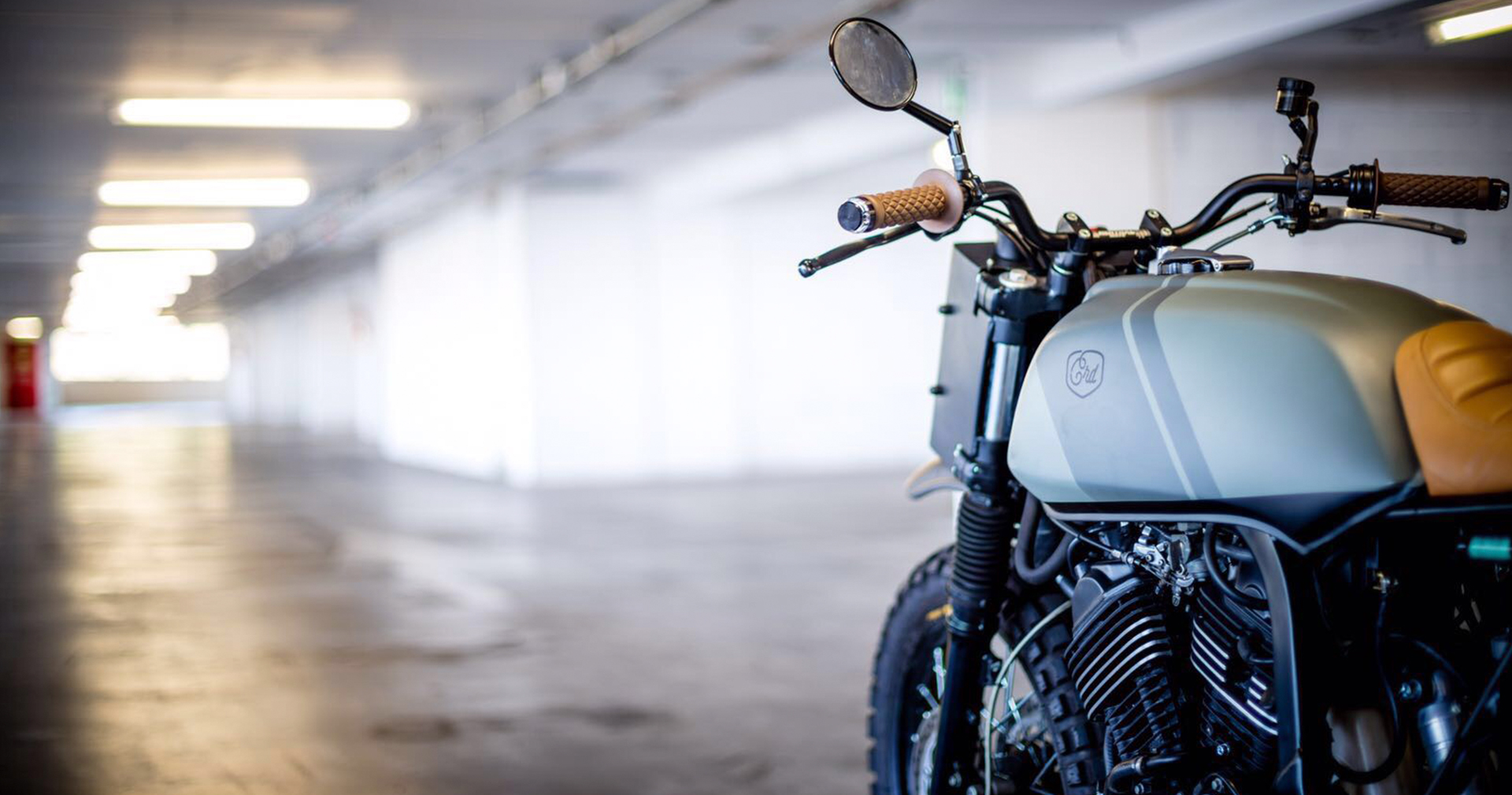 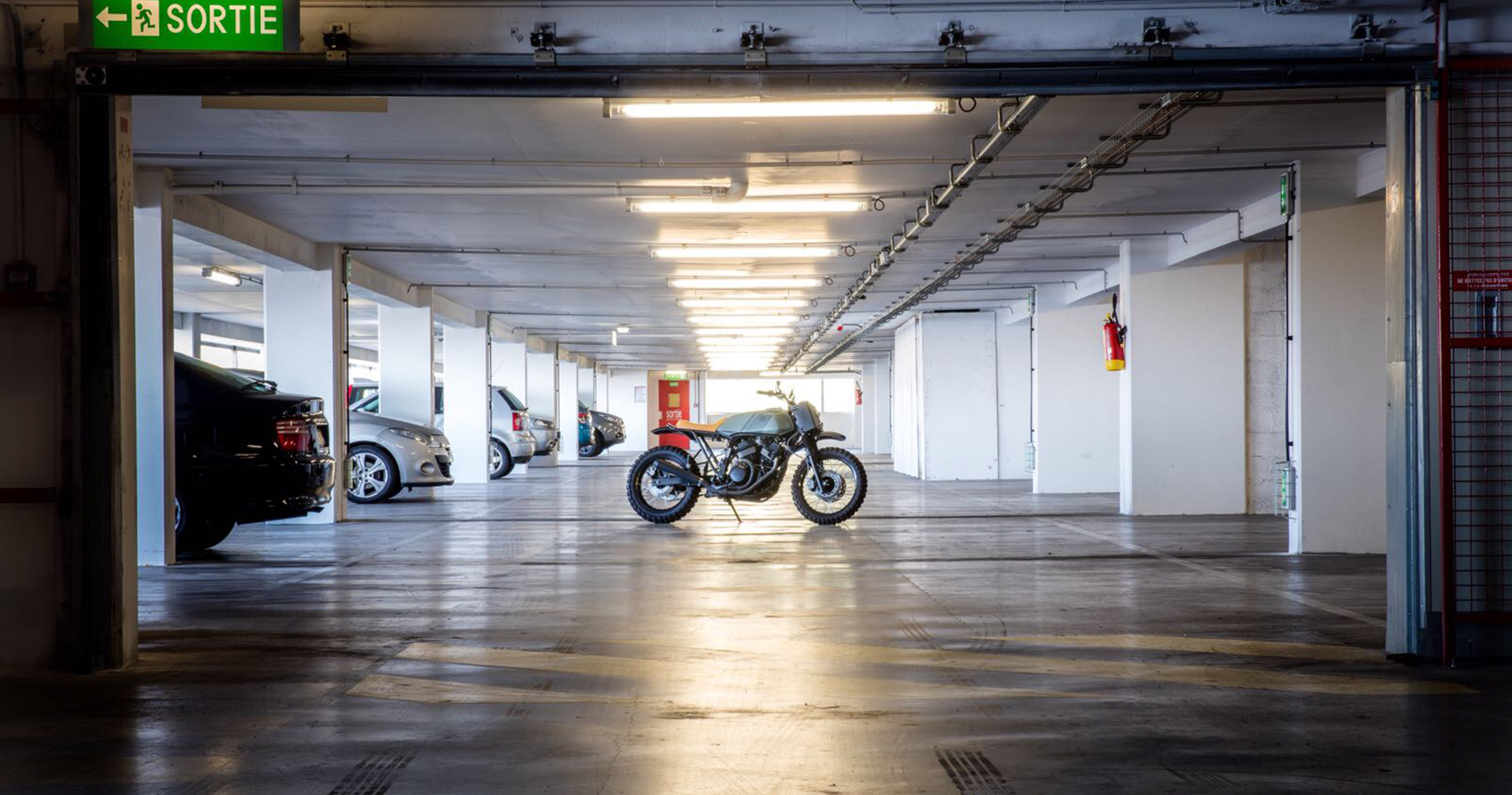 The Spanish shop Cafe Racer Dreams has now built almost a hundred customs, with no sign of slowing down. It’s a remarkable track record in our very fickle industry.

“CRD is now much more professional than before. Our timelines and production system are now measured very seriously.”

This is CRD69 (builds are numbered as they are ordered, rather than completed), based on a 1990 Honda XL600V Transalp. The Transalp is an iconic machine in Europe, but it’s still a very unusual choice for a donor bike.

“Our client wanted something different, something no one had seen before,” explains Pedro. “A bike for the street that also could be used off-road. And he wanted the first Transalp Street Tracker made by Cafe Racer Dreams.”

At the core of the build is a Honda CB750 fuel tank—something the client requested during the first meeting, in his restaurant over the border in Nice, France. After extensive modifications to both the tank and the frame, CRD managed to pair the two up.

The subframe and seat are all new. Underneath is a discreet, hand-made battery box. The electrics are all run into a Motogadget control unit to slim the wiring down, and the ignition has been relocated to under the seat.

There are new fenders at both ends, with a slim LED taillight embedded into the rear. Excel rims were fitted to balance out the stance: Down two inches to a 19 at the front, and up one inch to an 18 at the back. The rubber is Continental TKC80.

Ditching the Honda’s bulky bodywork exposed its 600cc V-twin power plant. But it also left the radiator hanging in the breeze. So CRD fabricated a new headlight shroud that could house not only two LEDs, but the radiator as well.

The cockpit’s pretty tidy too: Mini switches sunk into a set of Renthal bars, Biltwell Inc. grips, and bar-end turn signals and a speedo from Motogadget. Rounding out the package are Tarozzi passenger pegs, an Öhlins rear shock and a reverse megaphone silencer.

Shorn of the plasticky bodywork, this Transalp Street Tracker is now lean and purposeful—and hardly recognizable. Plus the final livery is about as fresh as it gets.

CRD has eight bikes and three Porsche 911s in the workshop right now—and there’s a new retail space being developed too. The future is looking as good as the bikes for this Madrid shop.