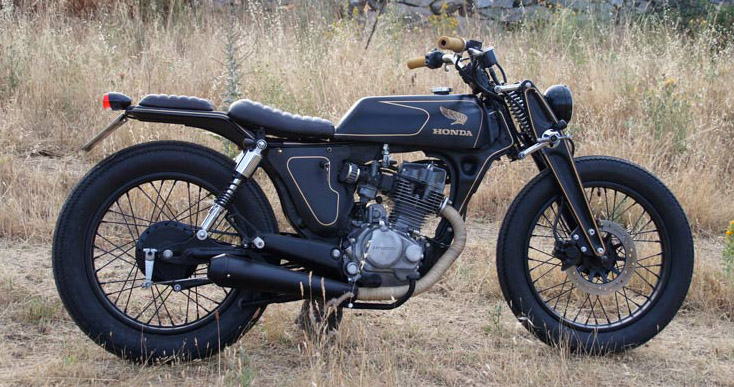 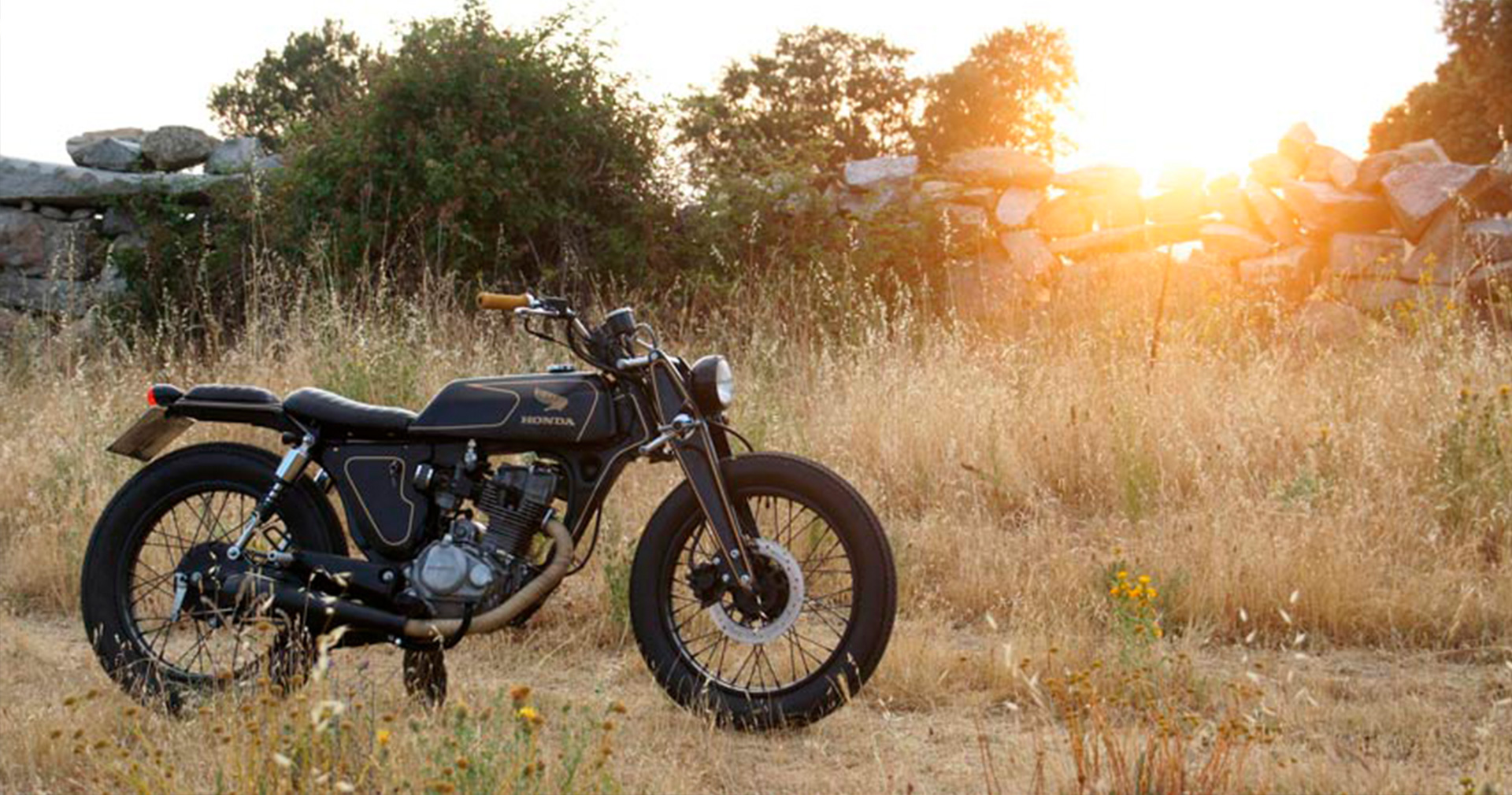 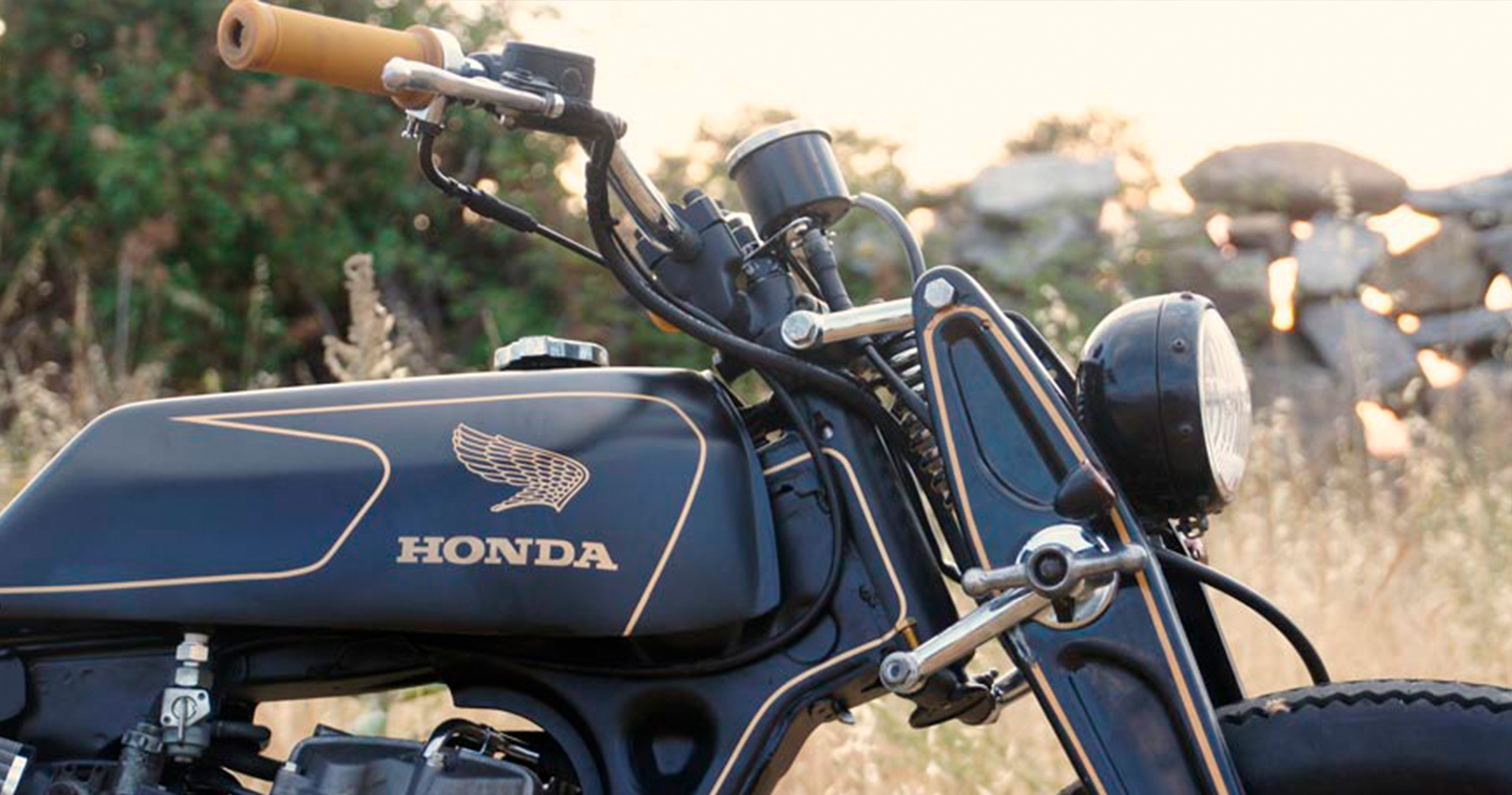 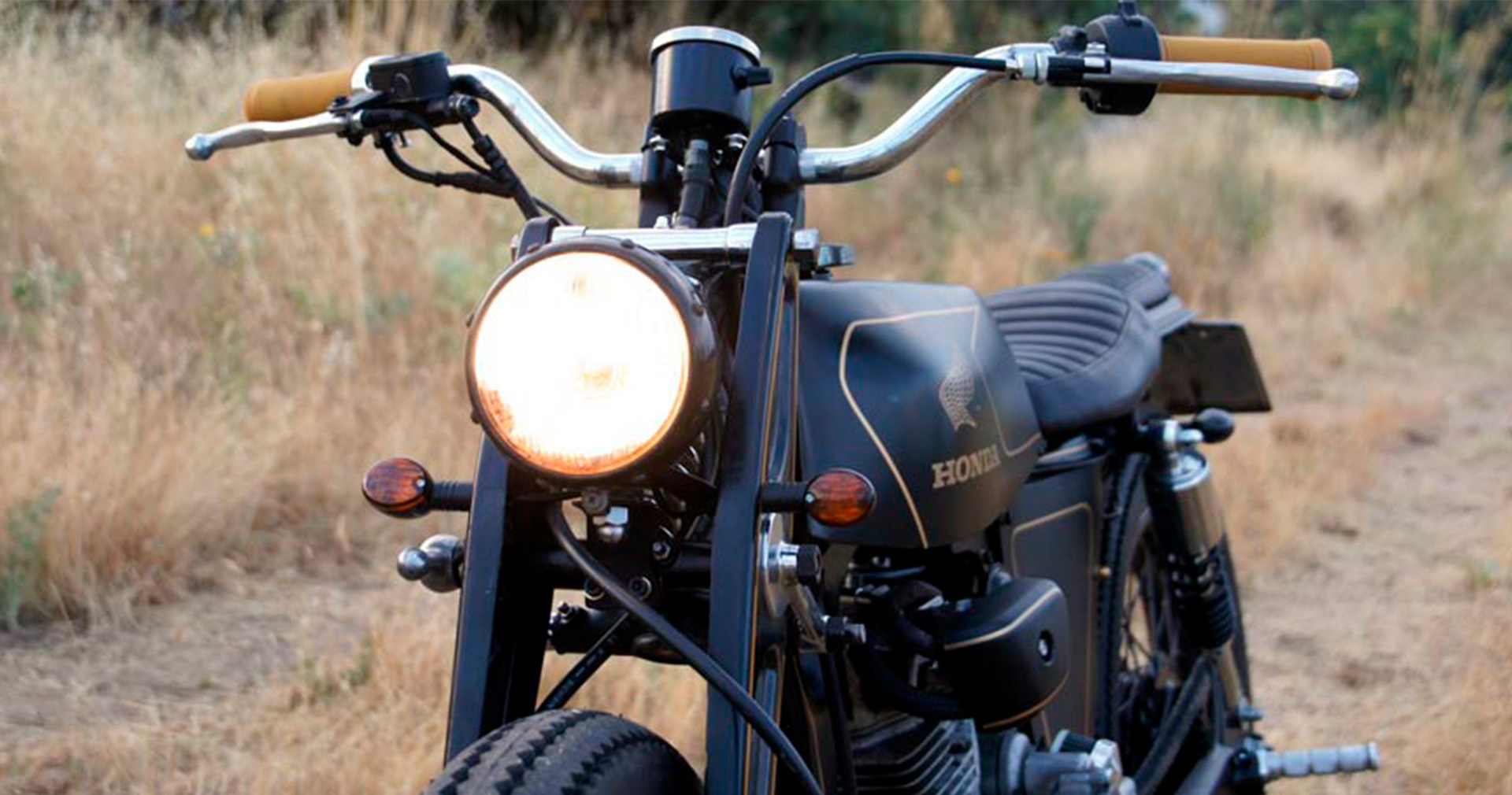 The Honda CG125 is not one of the world’s most desirable motorcycles. But it’s compact, cheap to run and staggeringly reliable. Since the mid-70s, tens of thousands have been used as commuter bikes in Europe—and most of them are probably still on the road.

You don’t see many customized examples, but this new arrival from Spain makes up for the drought. Not least because it’s got a distinct pre-War vibe and a girder fork. The man behind this machine is Juan Ramón Ortega, who you may remember as the owner of a particularly sweet BMW R75/5 we featured a couple of years ago.

Ortega got the idea for this bike when he spotted a 1938 Zündapp DB200 in a local classic motorcycle magazine. “I thought, let’s do something really cool,” he says. “I had a Yamaha 250 and a mechanic, and began the adventure. But the mechanic didn’t make much progress, and the union between the frame and the fork was not good.”

Ortega ditched the Yamaha idea and went back to the drawing board. He decided to restart the project using a 125 that his girlfriend could ride on a car license. But who could put that Zündapp fork on a modern bike? He called Café Racer Dreams, and they got the show back on the road.

A 2005-model Honda CG125 was selected. “Very, very ugly,” Ortega notes. “So my idea was to build the bike around the fork, with black-and-gold paint and a very 1940s look.” CRD got to work, grafting on the front disc brake, lightening the chassis and simplifying the electrics. An angular tank from a 50cc Derbi FDX was matched to the frame.

After several months of engineering and fabrication, Cafe Racer Dreams applied the paint. ‘Sierra Bonita’ was finished, and Ortega was happy. Top marks for originality and ingenuity—and the low, squared-off look is strangely appealing too, don’t you think?

Click here if you would like to read the whole article on Bike Exif about CRD33 Cafe Racer.