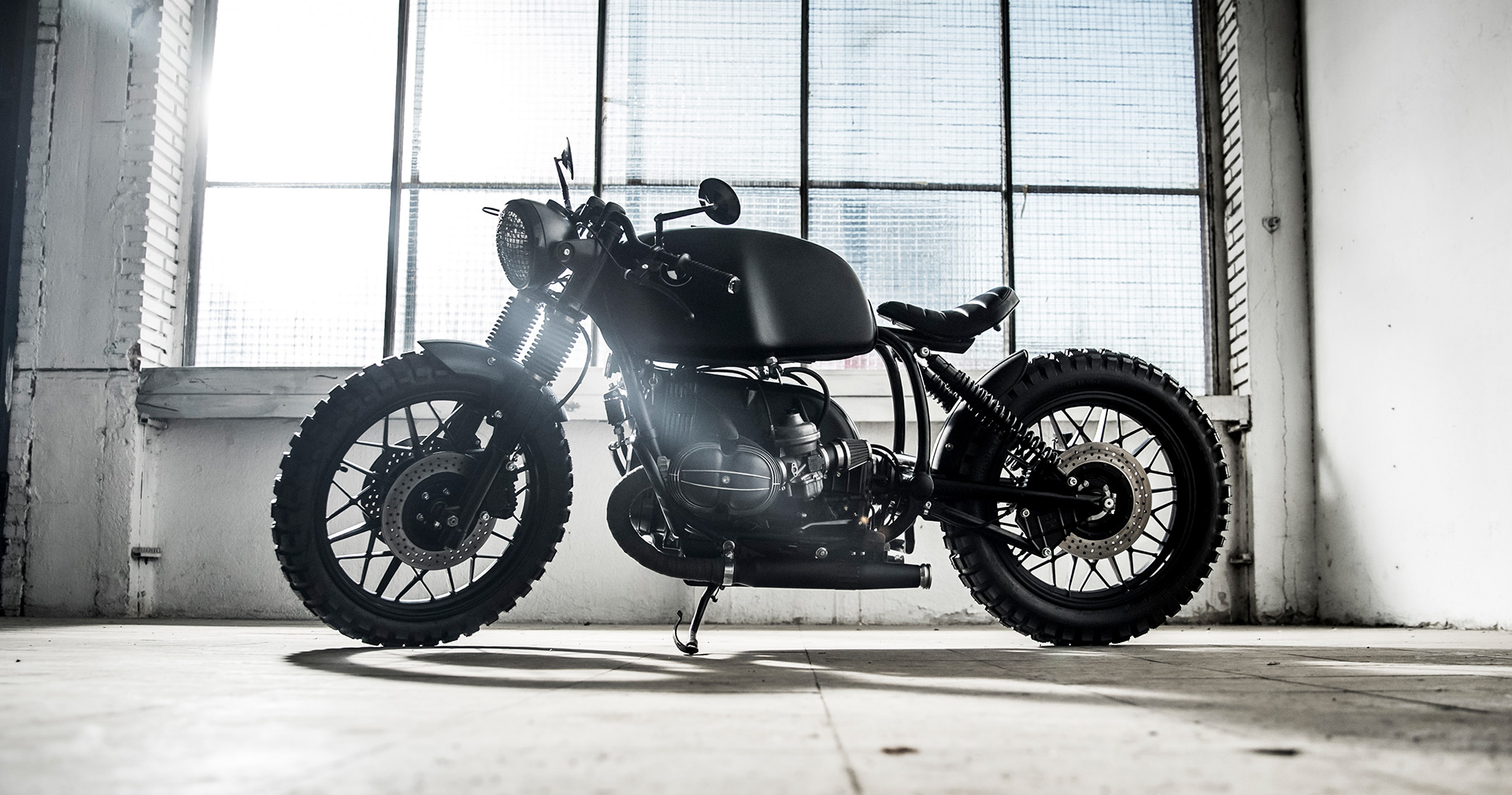 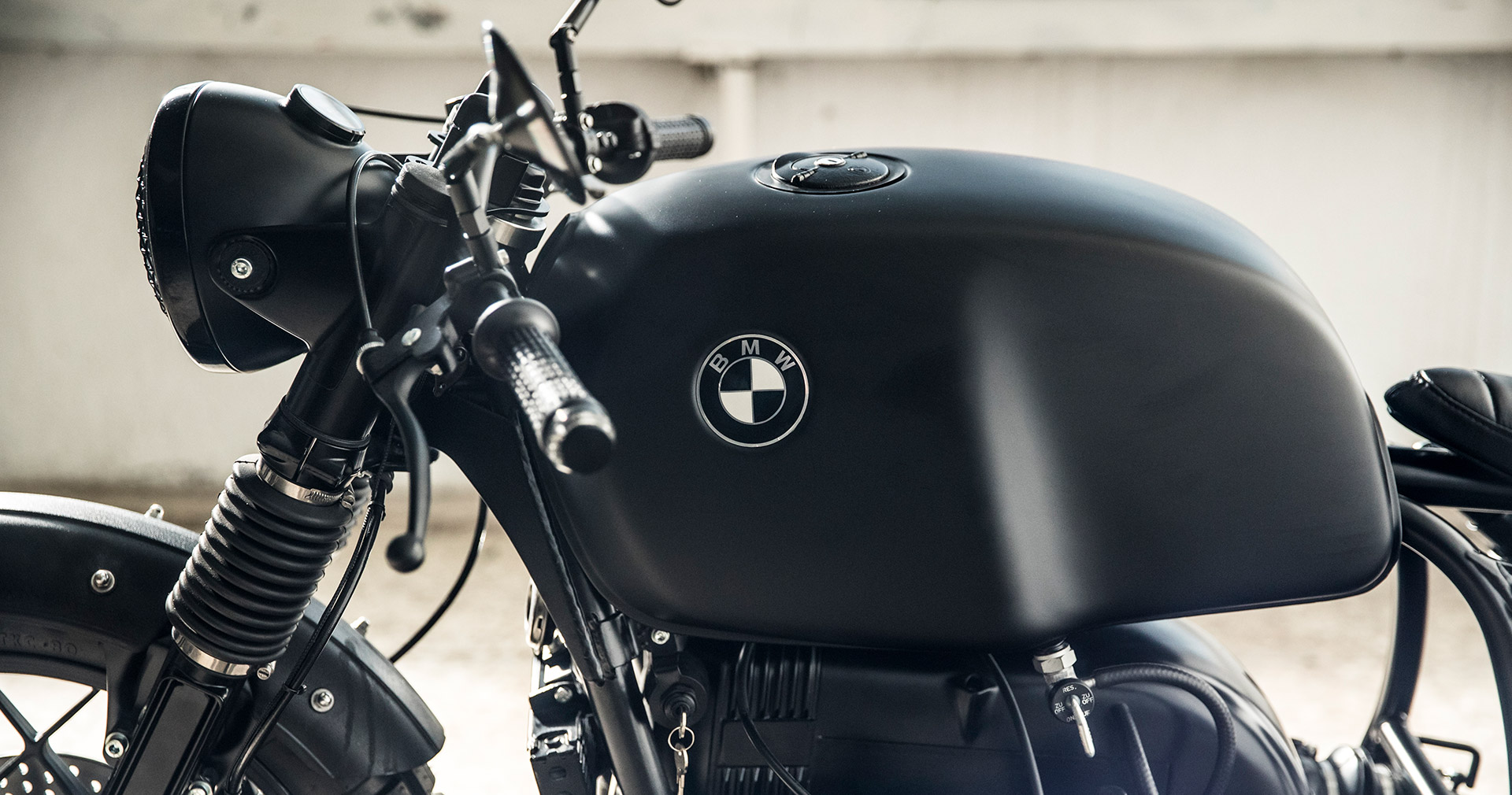 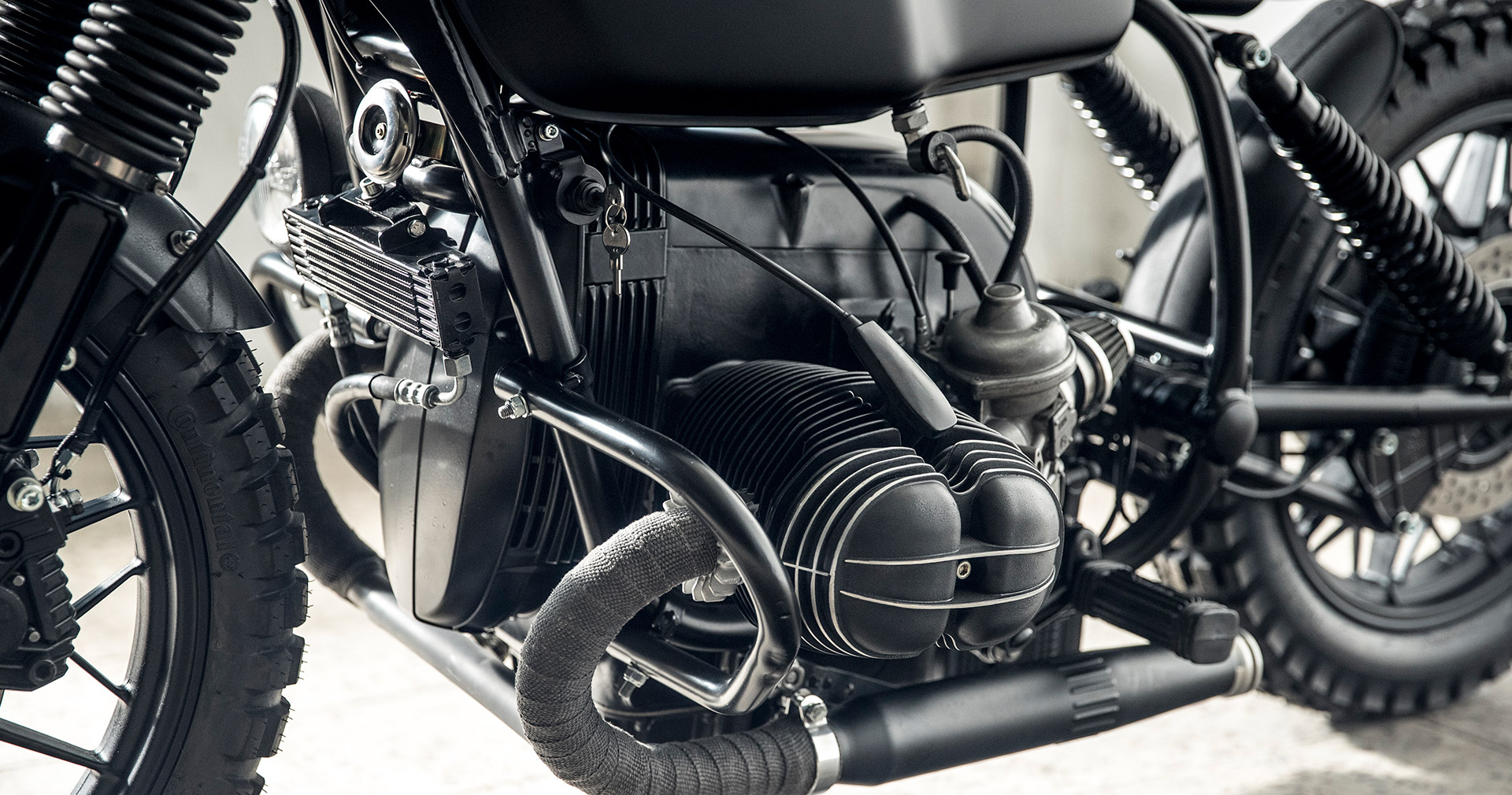 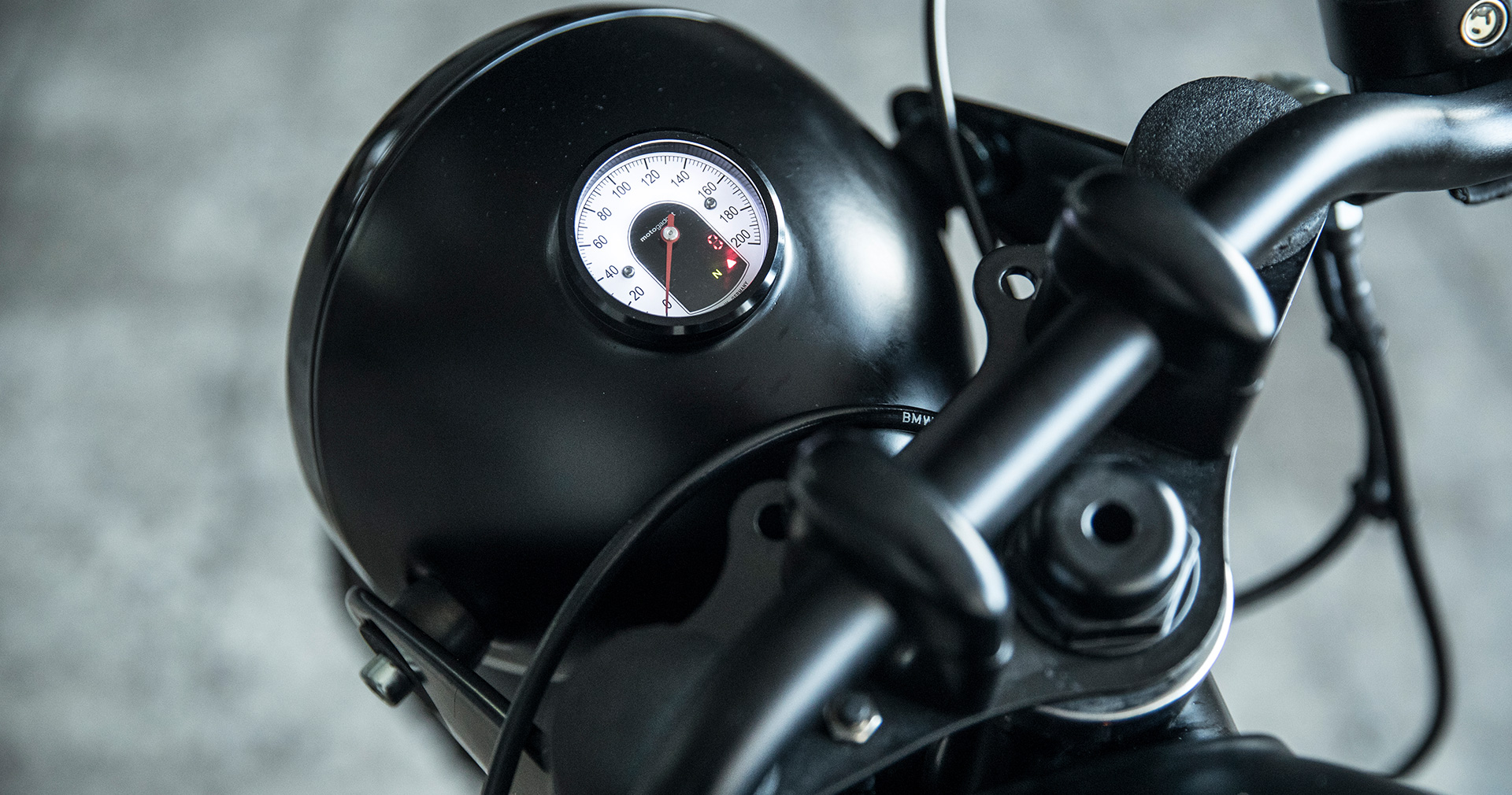 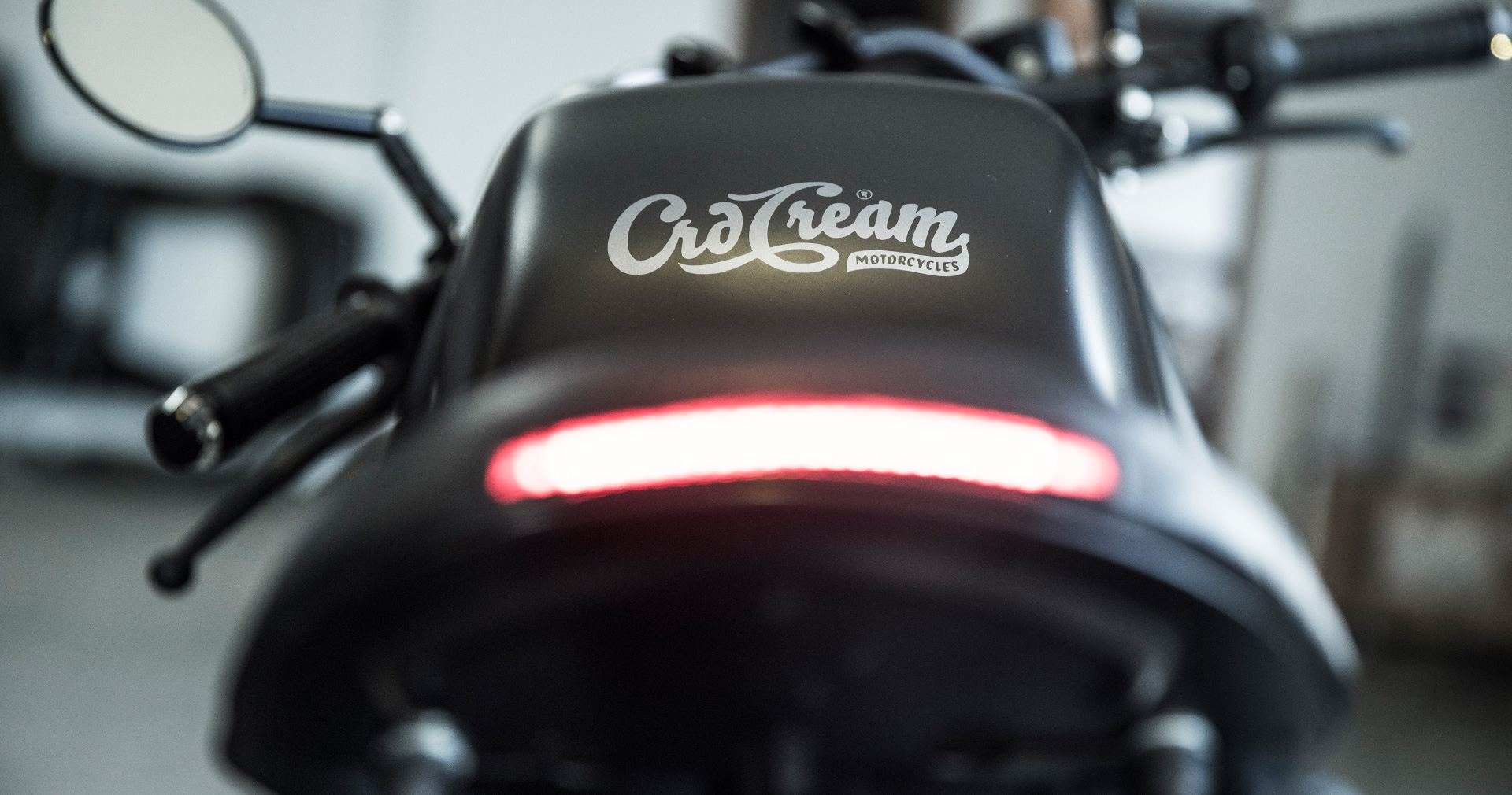 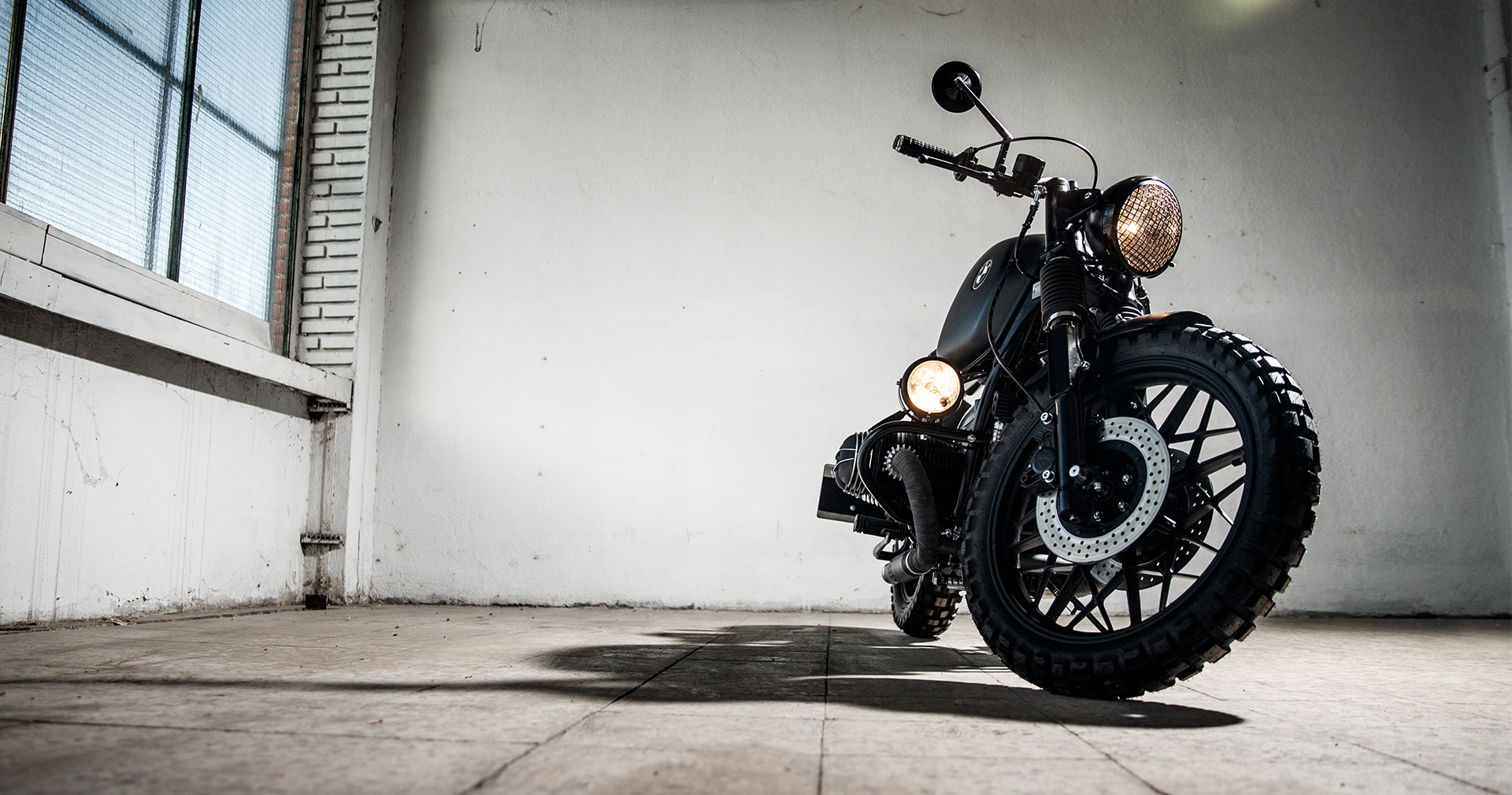 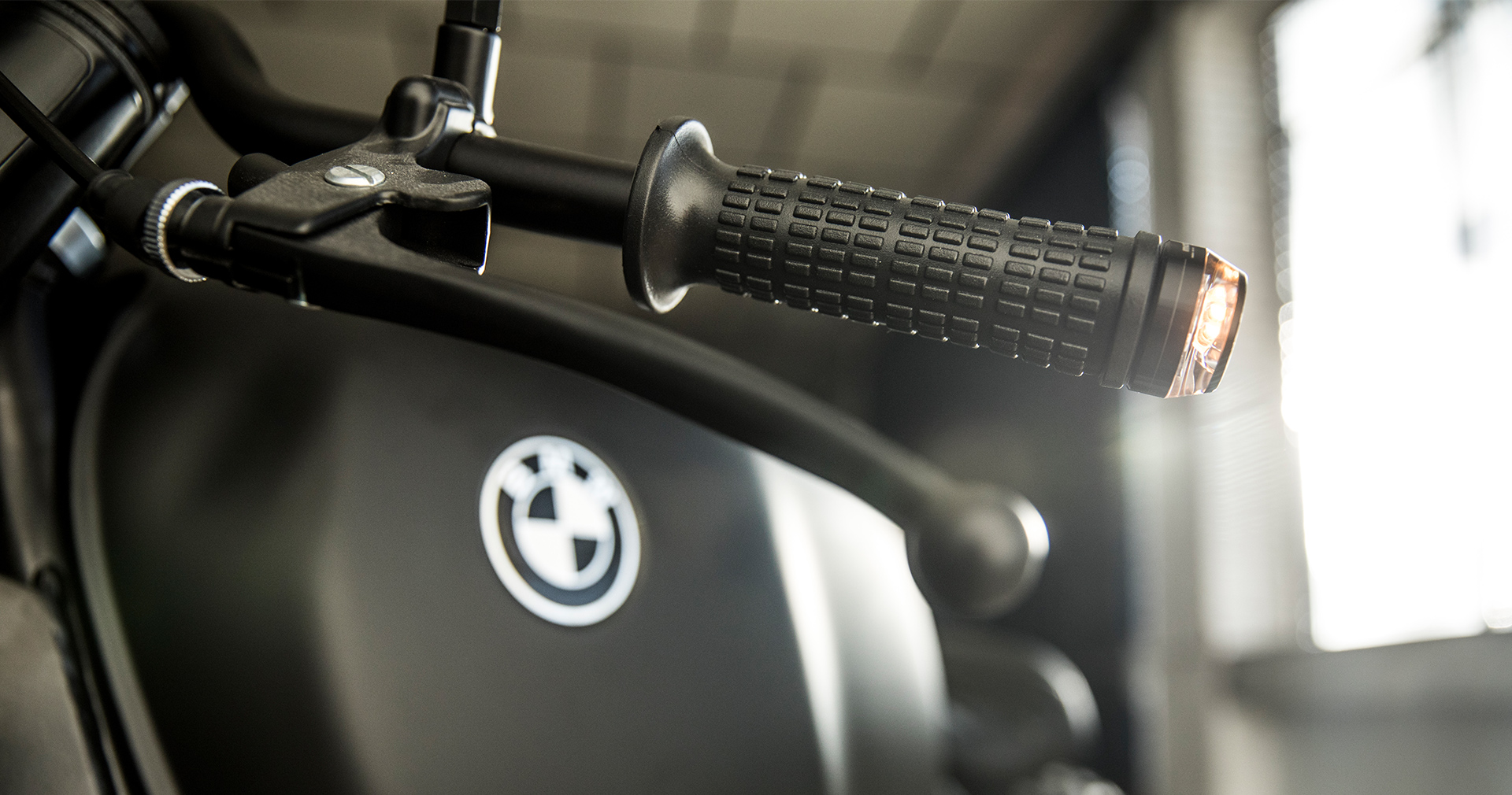 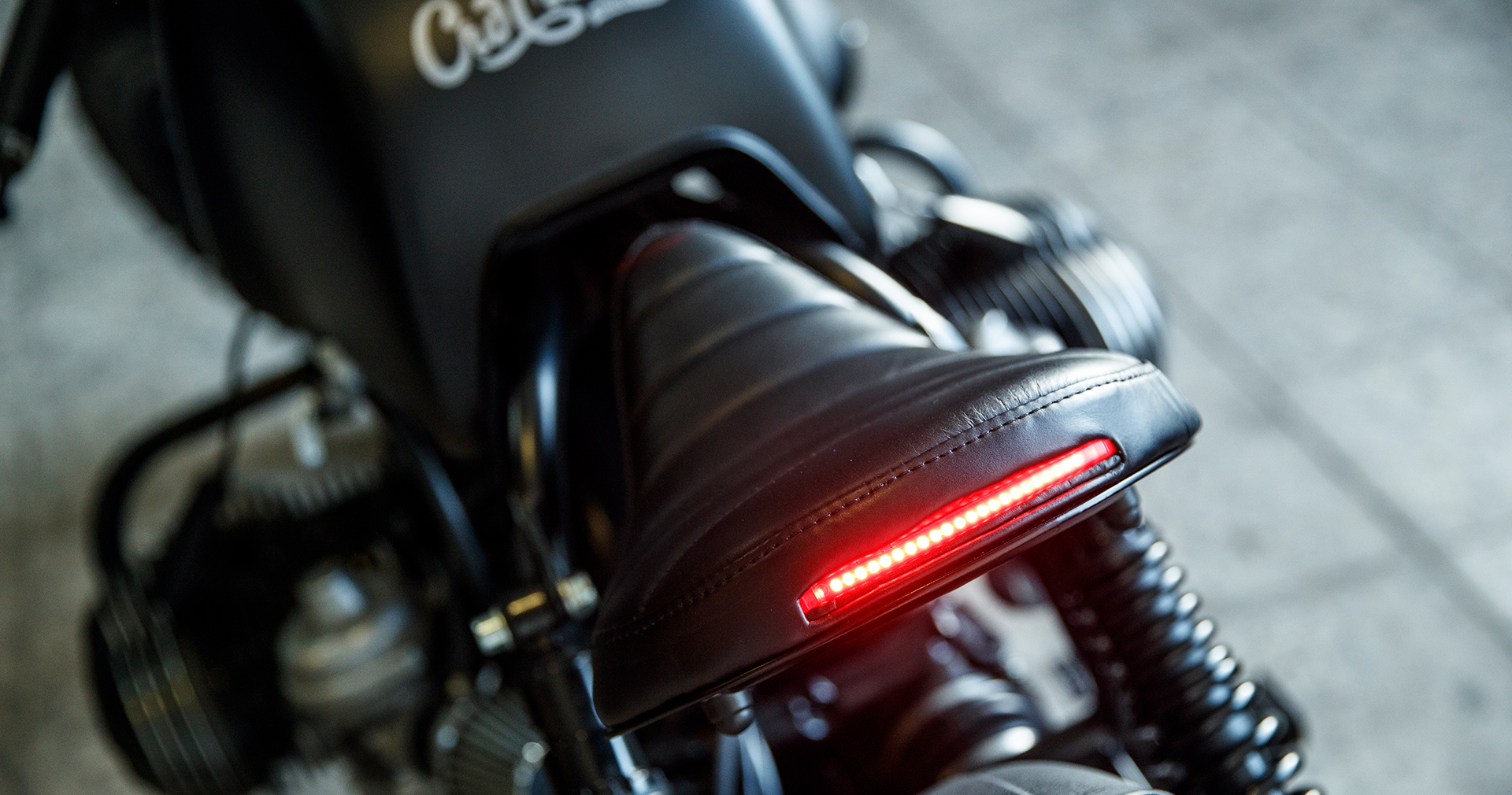 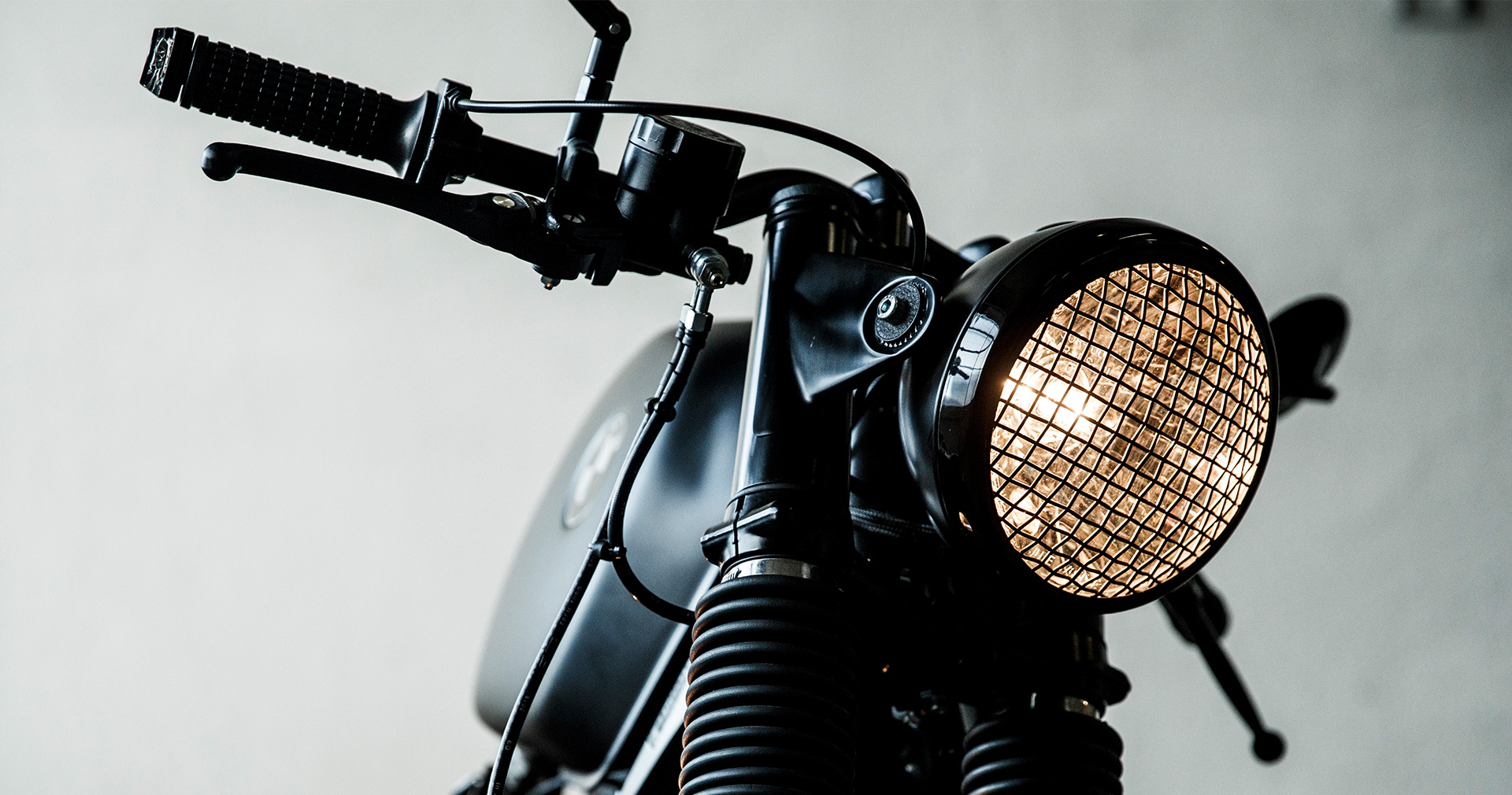 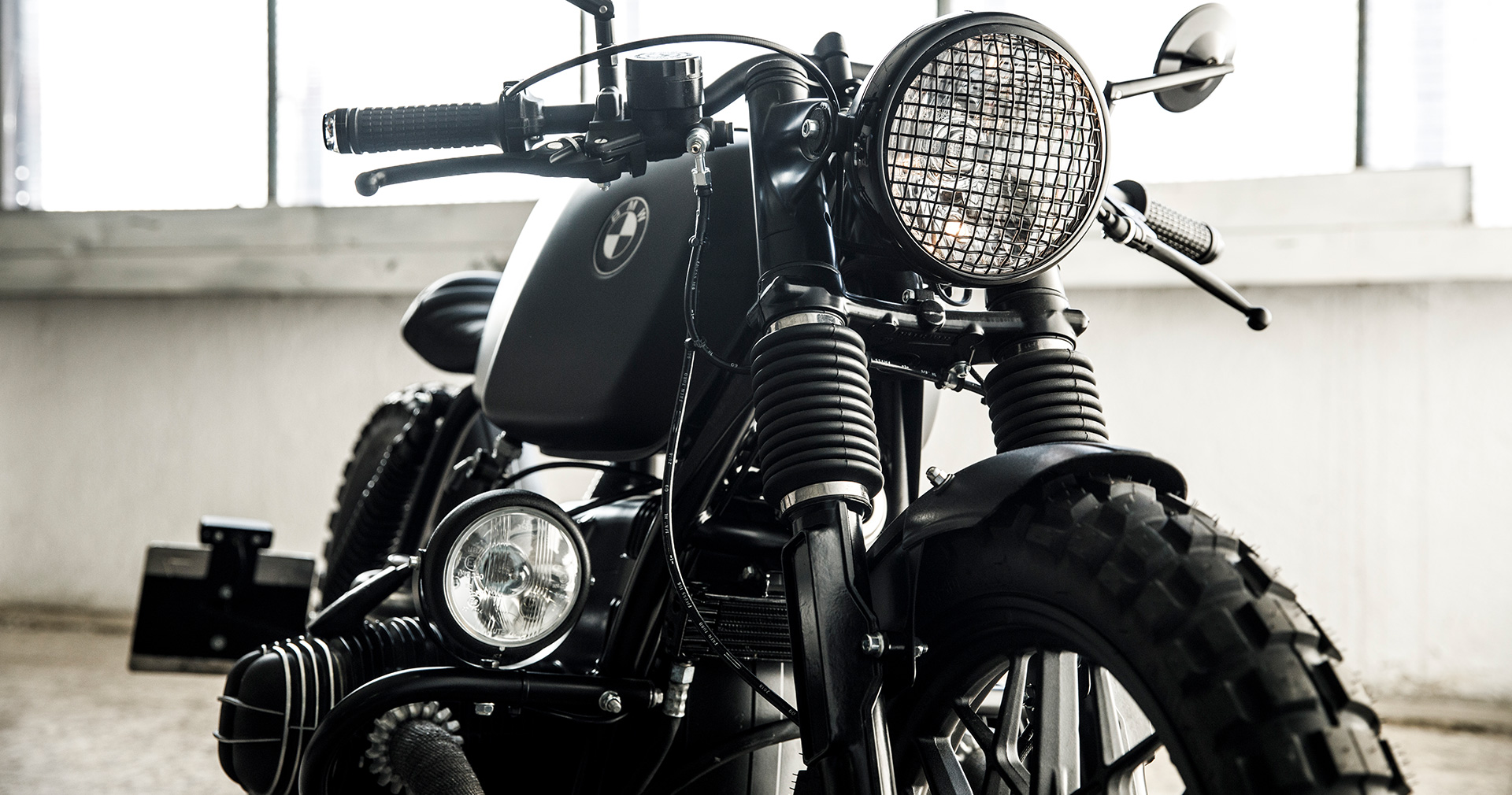 Anyone who has ever come across a BMW Cafe Racer -I won’t tell you anything if you’ve been lucky enough to test one- has immediately fallen in love with it.

This love at first sight was repeated once again when Qatari sportsman and entrepreneur Mohamed Abu Issa had the opportunity to see, touch and feel CRD102 (inspired by the motorcycle used by Steve McQueen in the film The Great Escape).

That first contact with one of our BMW Cafe Racers made such an impact on Mohamed Abu Issa that he immediately ordered us a motorcycle just like the CRD102 that he liked so much.

So we got down to business.

A classic BMW turned into a Cafe Racer

Although the number of BMW R100’s available in the market has always been substantial -as they were very popular in the 70’s and 80’s- it cost us far more than we thought it would to find a suitable one which would act as a donor for the CRD107.

What we liked most about it was its exceptional condition, as the previous owner had been very careful with it.

But the all-round fairing -designed in the Pininfarina wind tunnel- gave it too much of a standard look, which did not match the style Mohamed wanted for his BMW Cafe Racer.

So we proceeded to disassemble the bike completely to see which parts we could keep and which we could send to the scrap dealer.

The motor was also disassembled piece by piece and, checked and cleaned.

Air filters, on the other hand, were replaced by conical ones.

We at Cafe Racer Dreams are becoming increasingly more convinced that any of our bikes must have several very striking elements, which attract the attention of bike lovers.

There is no doubt that the most striking -the one that gives more personality to the whole bike- is the fuel tank.

For that reason, we always try to paint them in bright and/or very special colors.

Although in the case of CRD107 the idea was to make it as similar as possible to the CRD102 he had seen, by brand policy we cannot make two motorcycles exactly alike. So we chose to paint the fuel tank in a slightly darker tone: a very powerful anthracite grey.

Another detail that customers and BMW Cafe Racer fans always like very much is the exhaust tails. In this case we selected a specialist in the preparation of classic motorcycles: Slashcut, who provided us with an exhaust pipe that has an incomparable sound.

Some other classic elements in our Cafe Racer Dreams motorcycles are the Renthal handlebars, Biltwell grips and the LSL headlamp. All of them in very dark shades, from black -like the cuffs or the leather seat- to anthracite grey for the headlamp.

This way, although the driving spirit is that of the CRD102, we have managed to differentiate the CRD107 enough so that they do not get confused and they each have their own personality.

On a more dynamic level, we’ve designed a new, more sporty chassis that perfectly matches the Hagon suspenssion, and we’ve modified the original fork to fit the new CRD chassis.

And for the wheels, we have relied on Haidenau K60 tyres, specific for hot zones, which even allow off-road use in case Mohamed decides to use his BMW Cafe Racer in the Qatari desert one day (he doesn’t lack experience and talent, as he has even competed in the Dakar Rally).

Finally, we have relied on our usual suppliers for areas such as the speedometer (manufactured by Motogadget Tiny) or the starter control (WW, with 3-position ignition key with return).

If you like our Cafe Racer Dreams bikes and want to know more about them, you can contact us using this form.