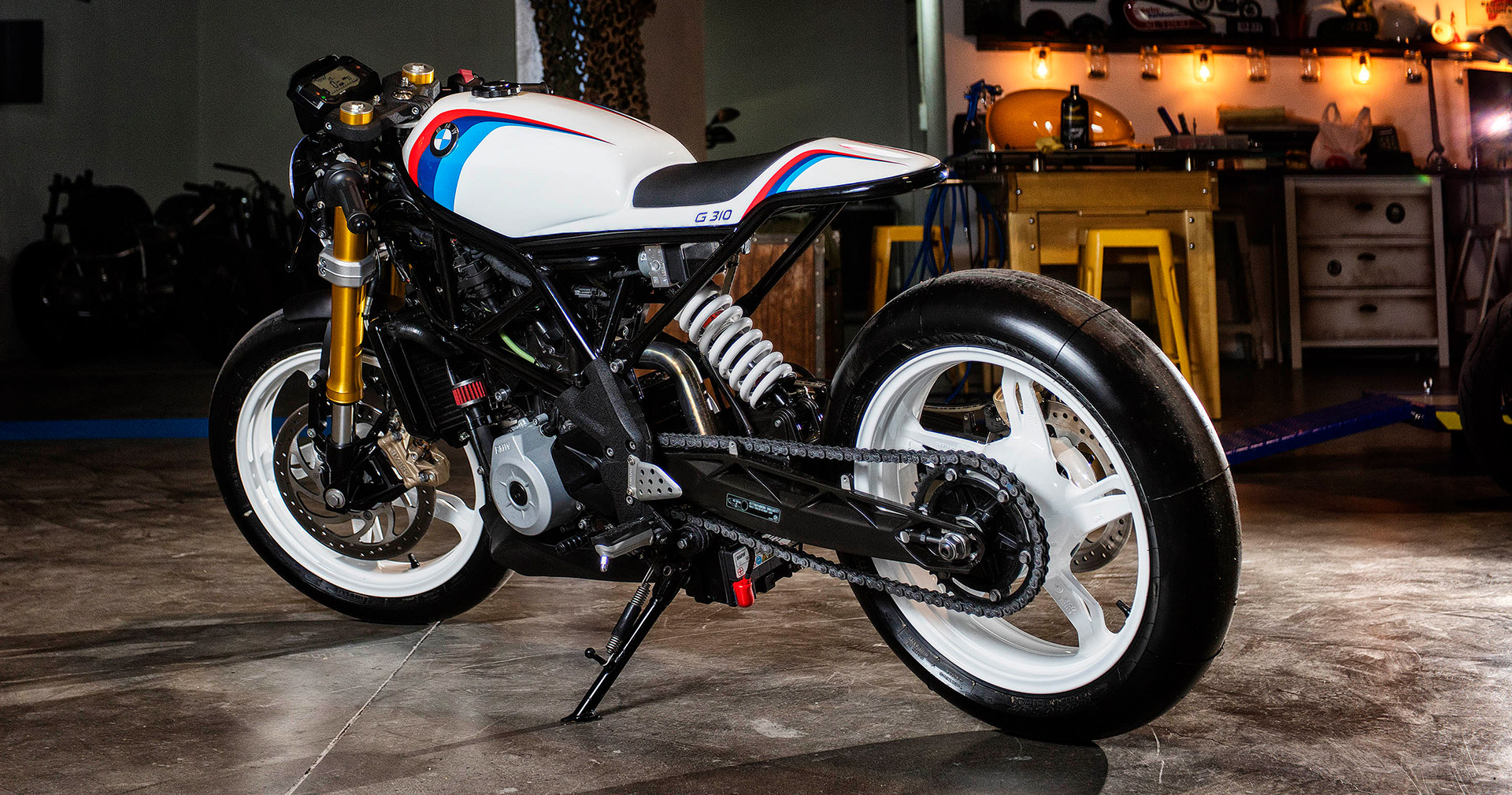 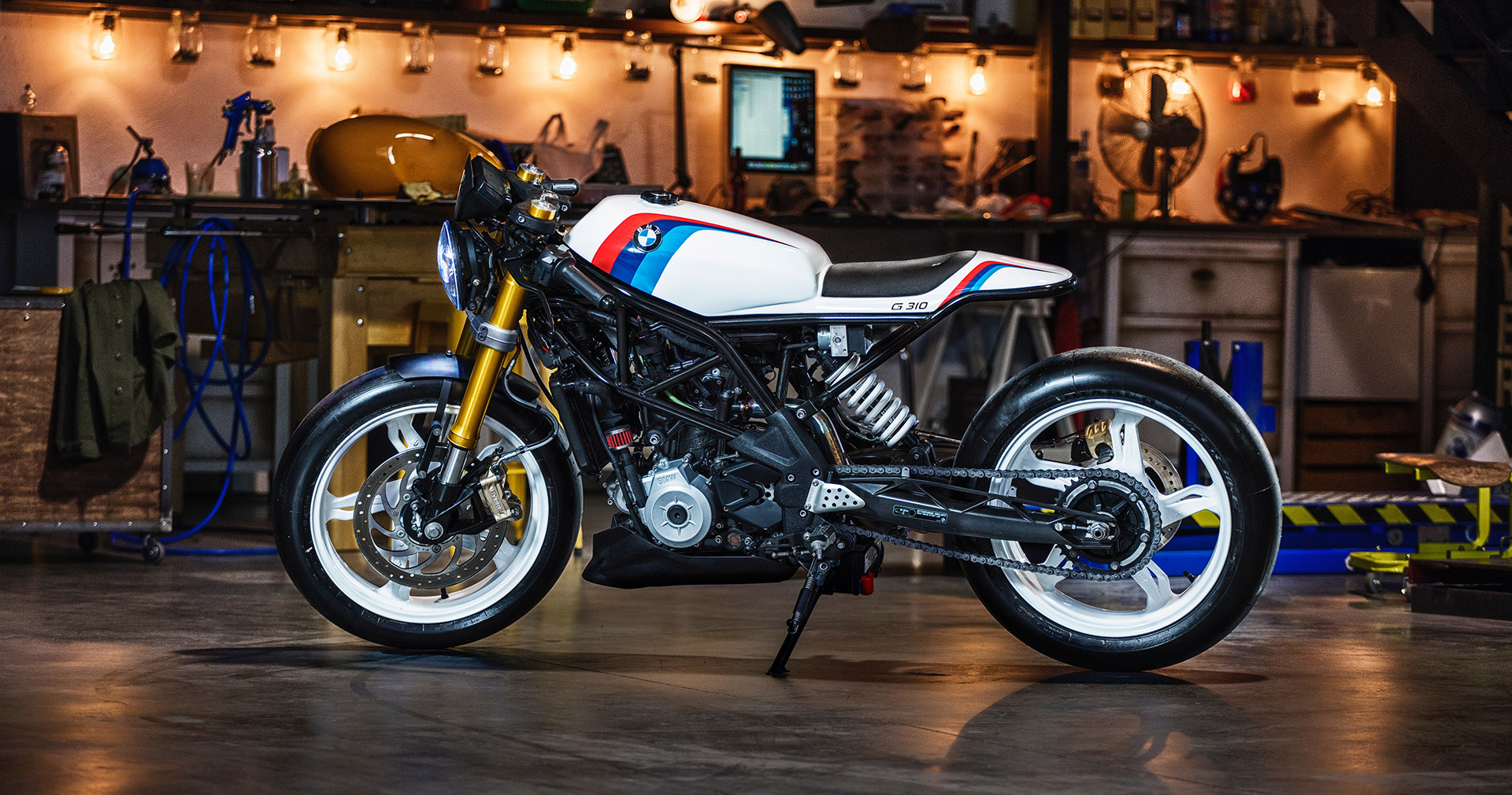 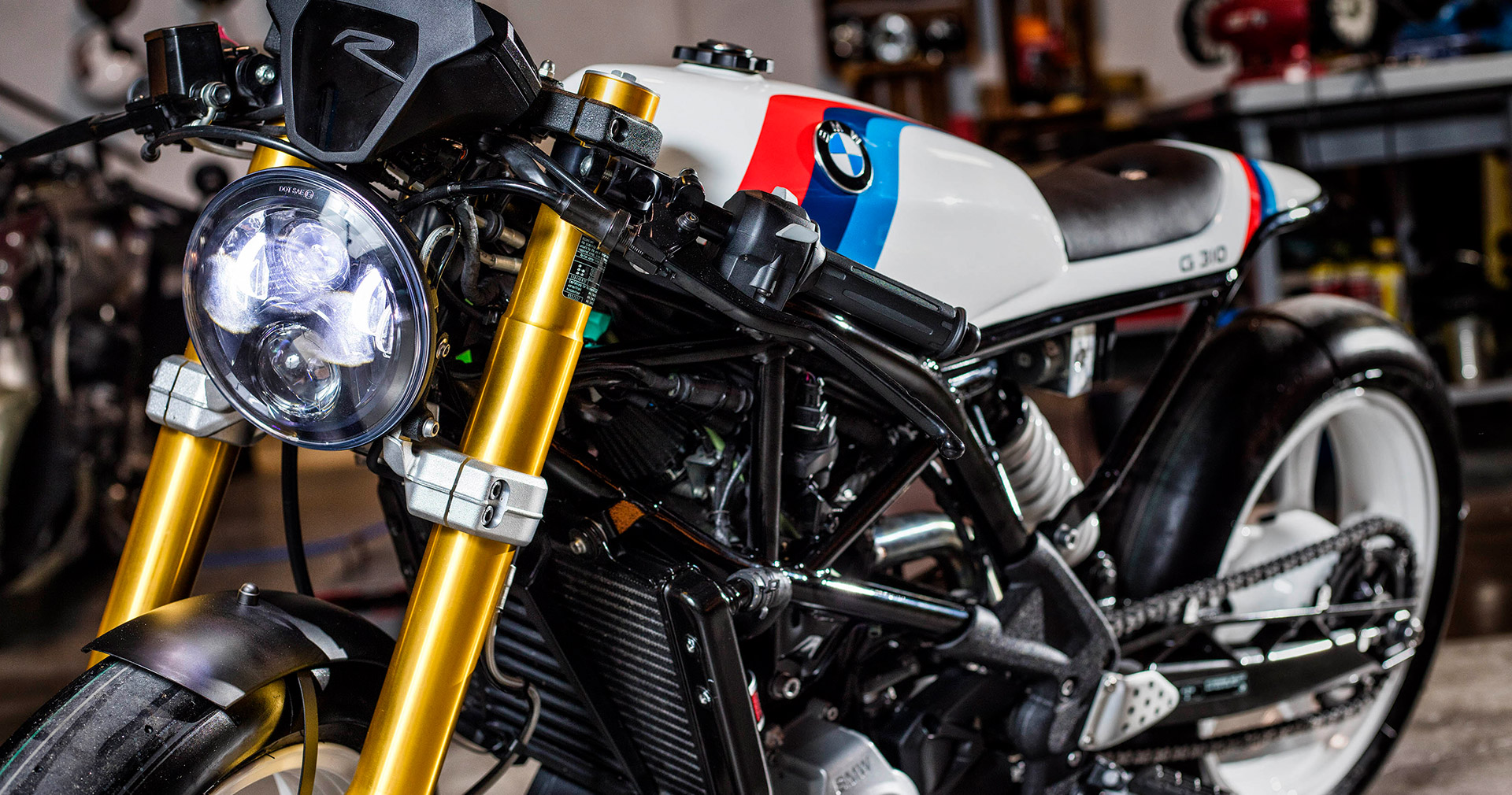 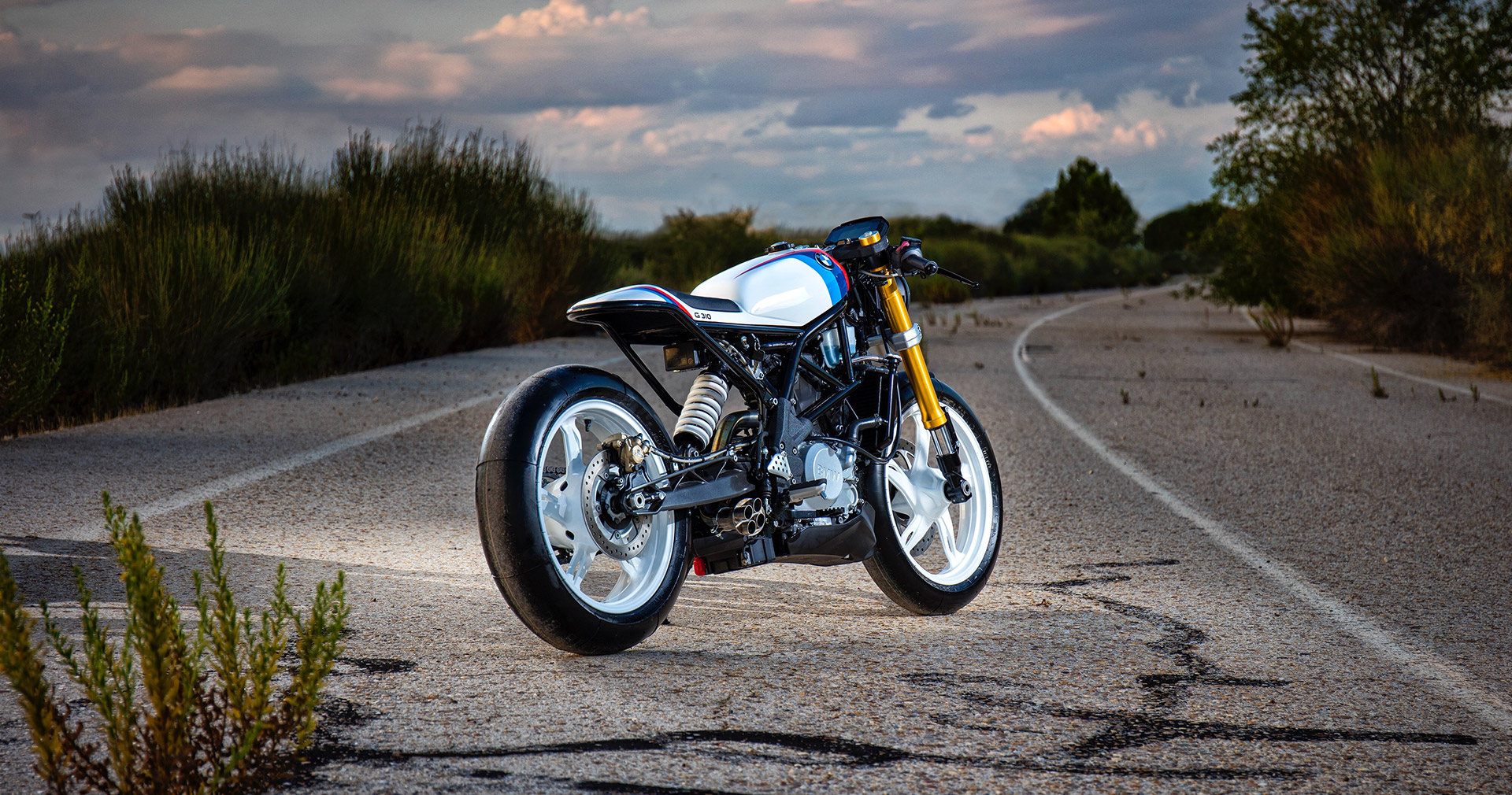 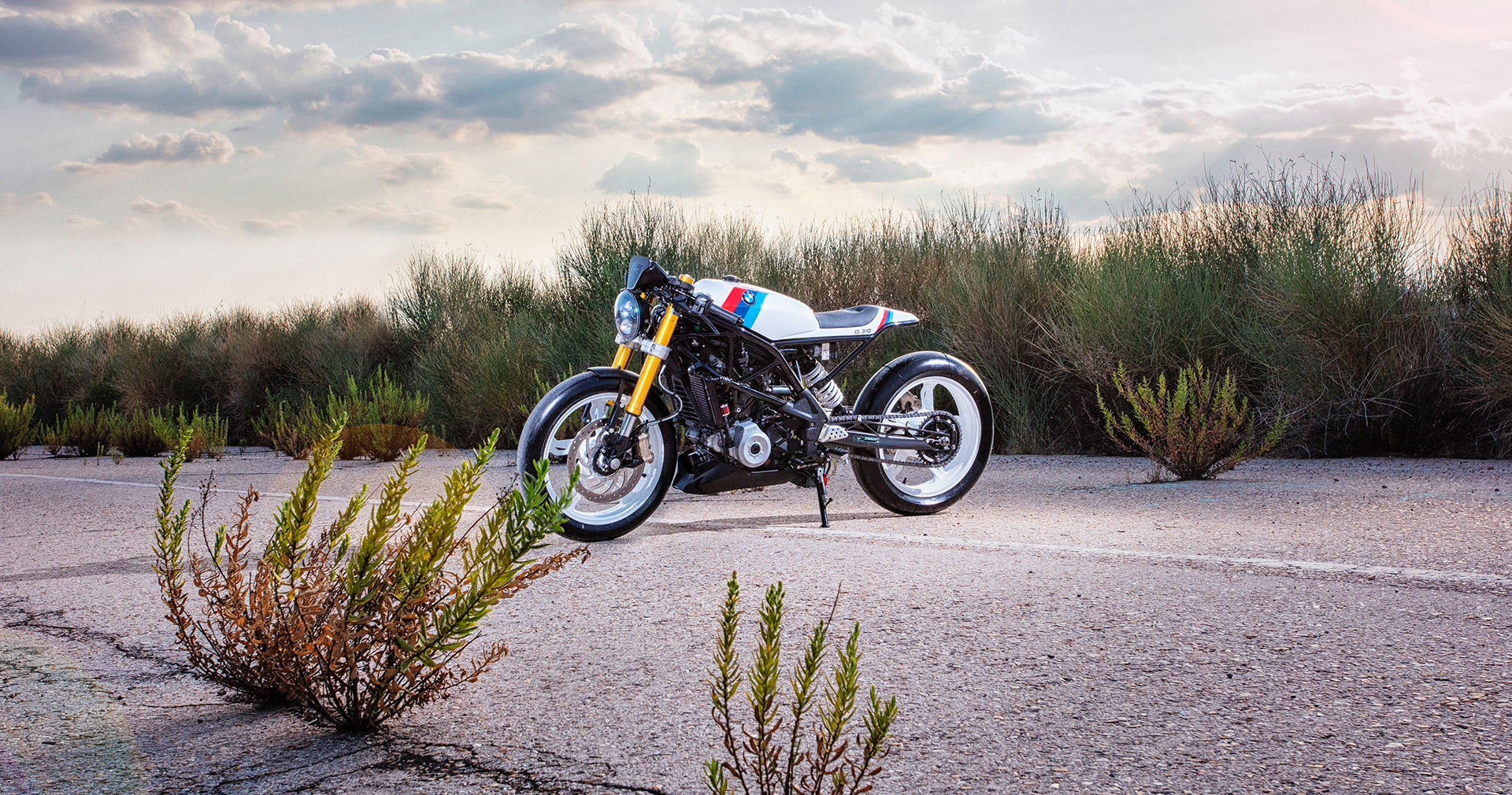 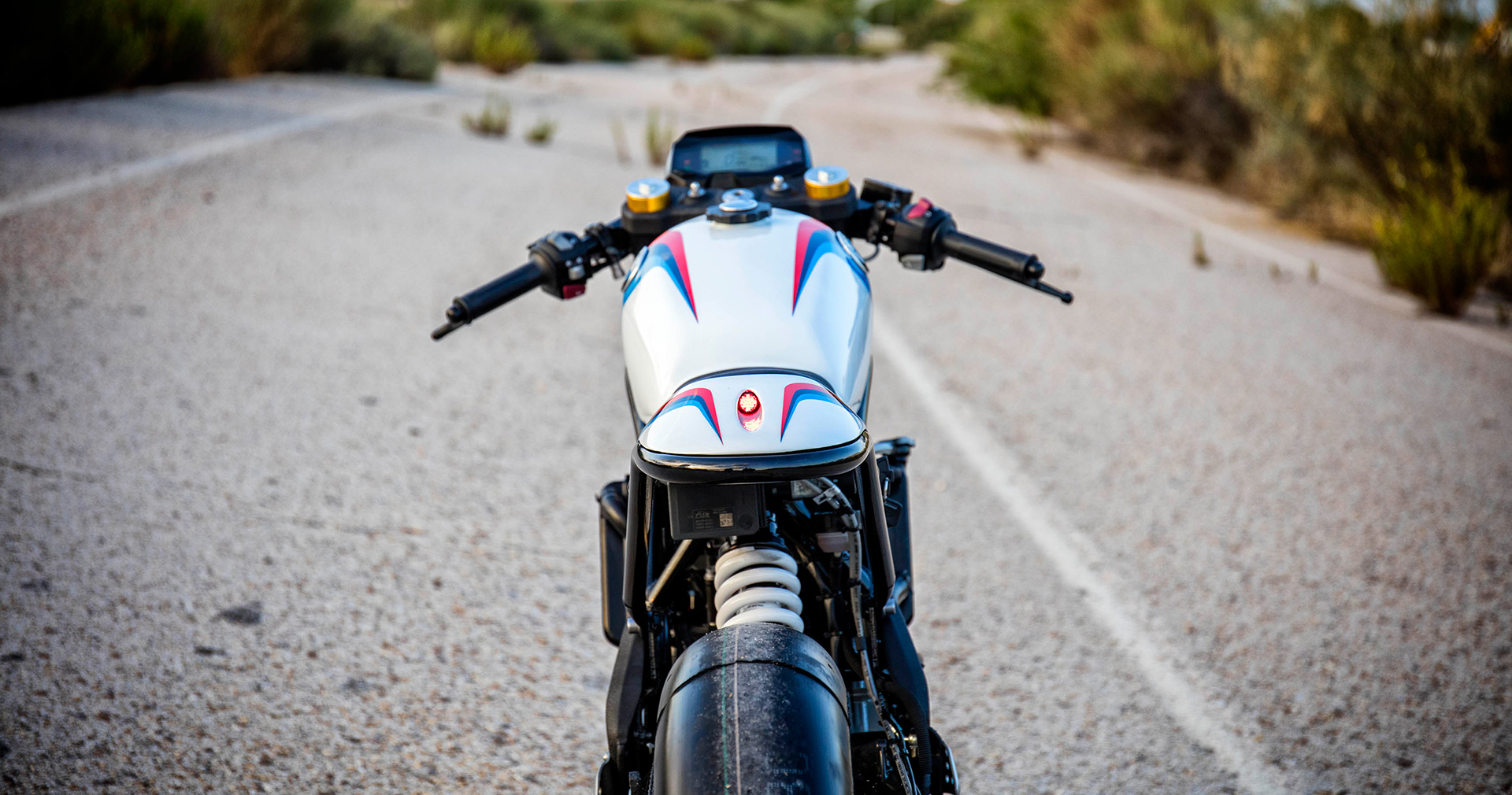 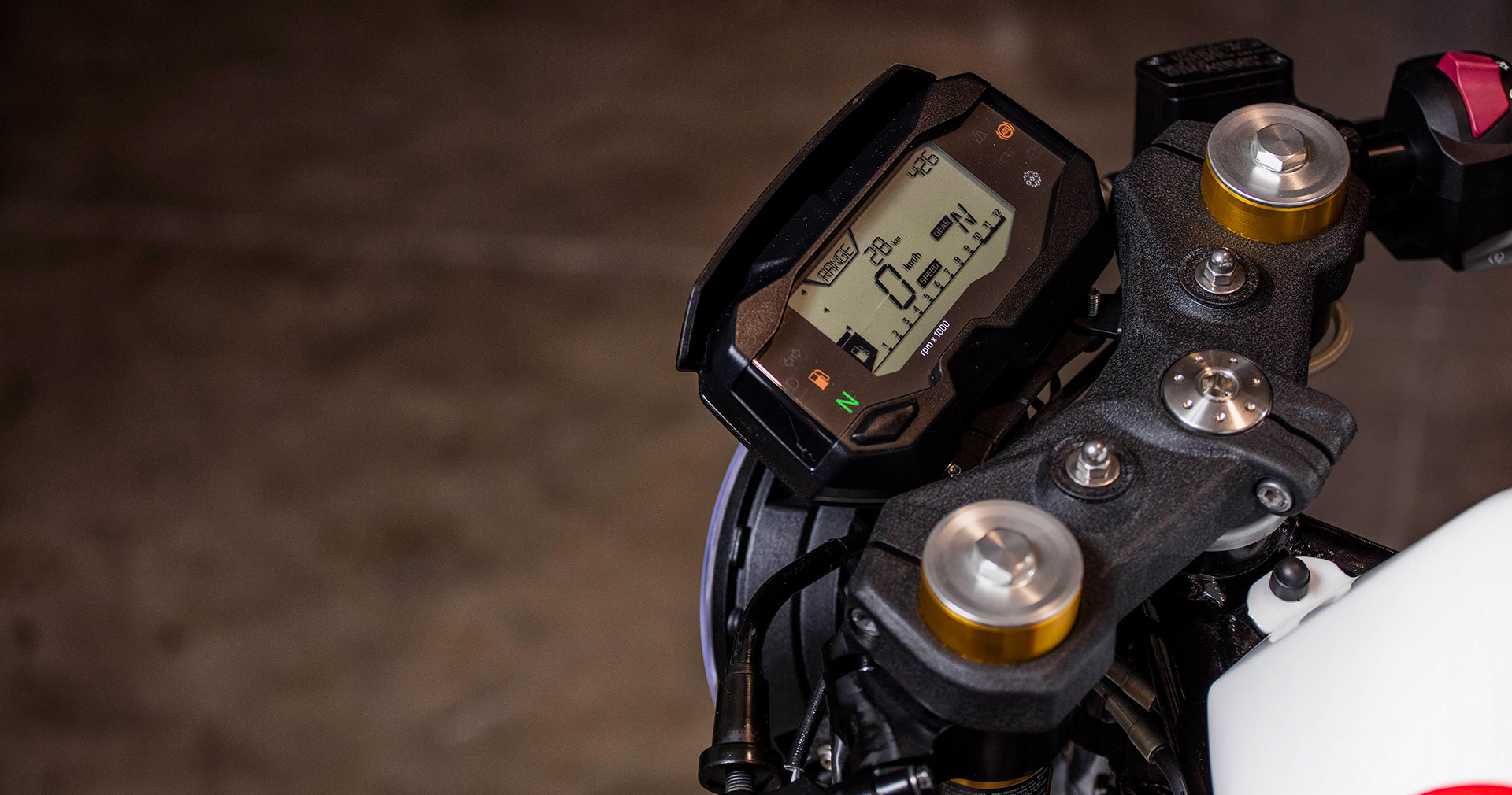 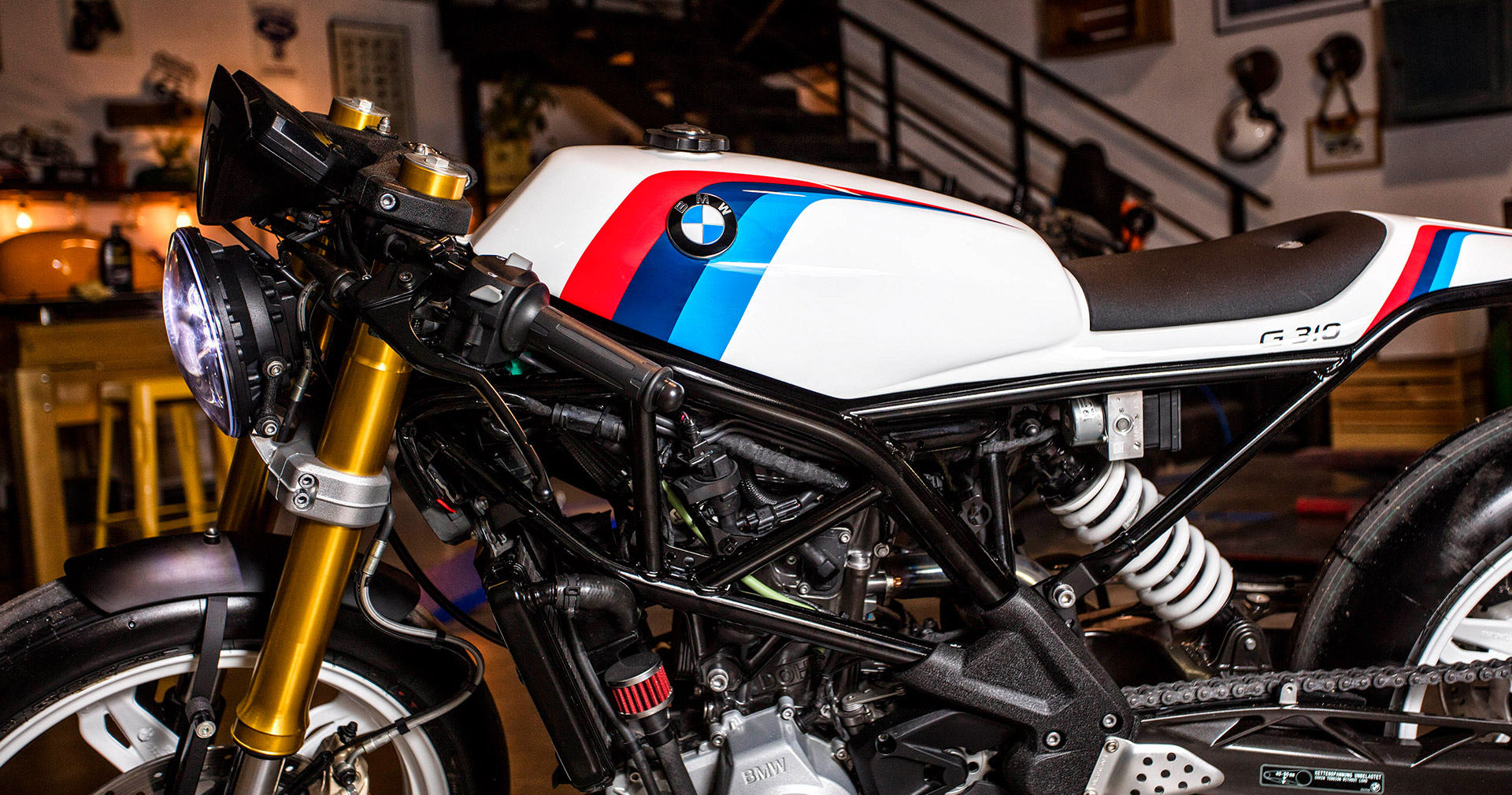 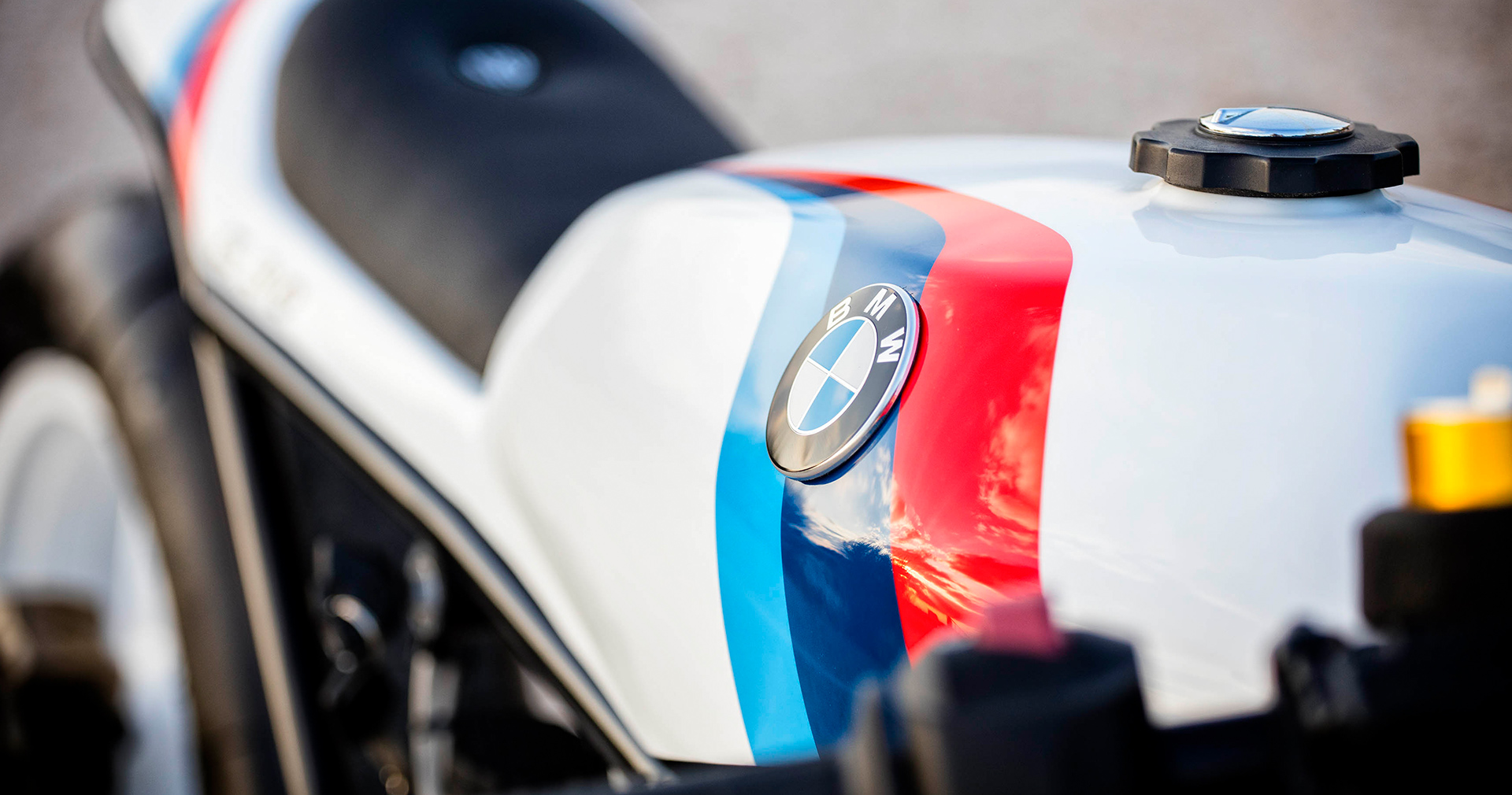 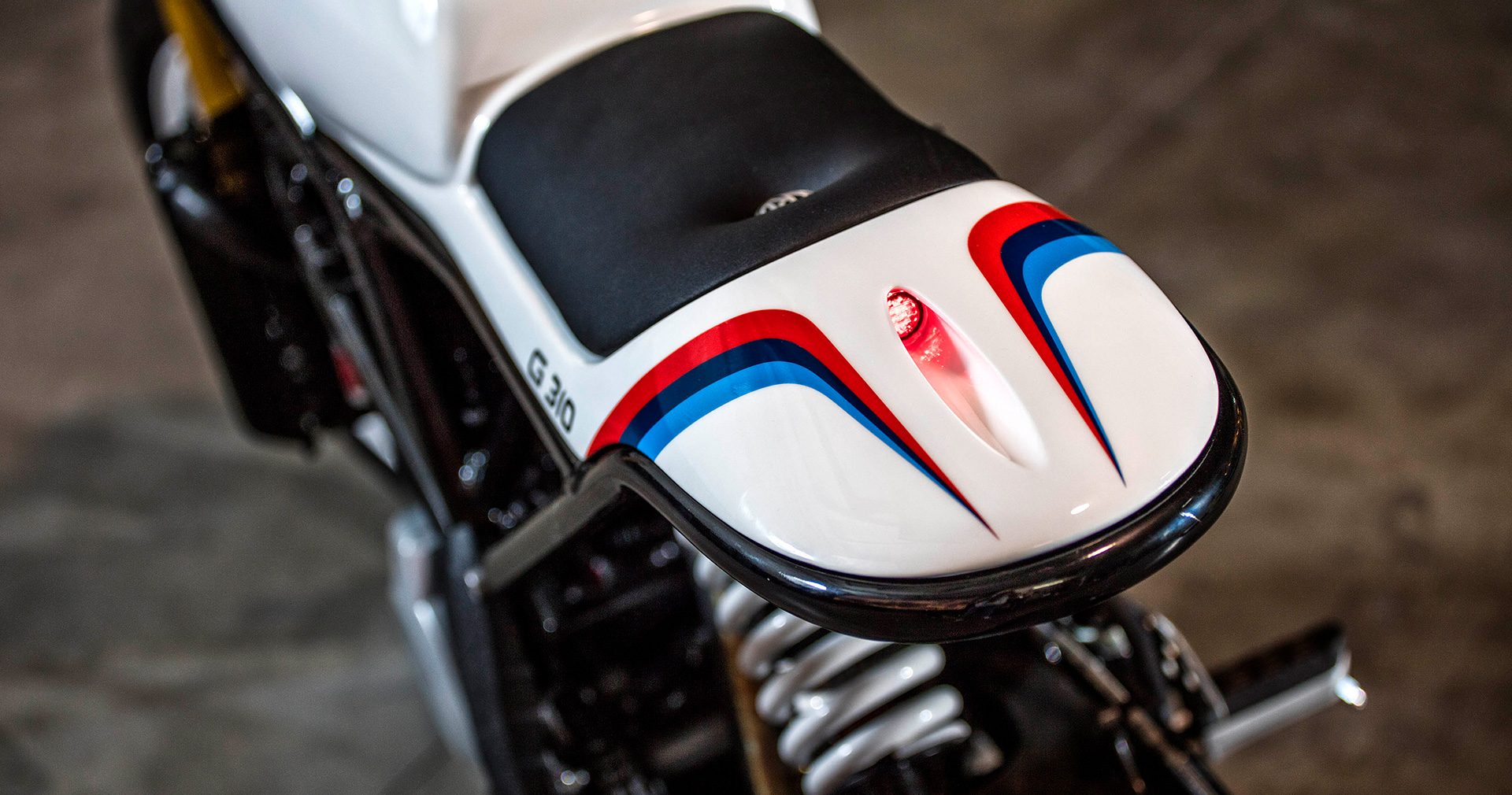 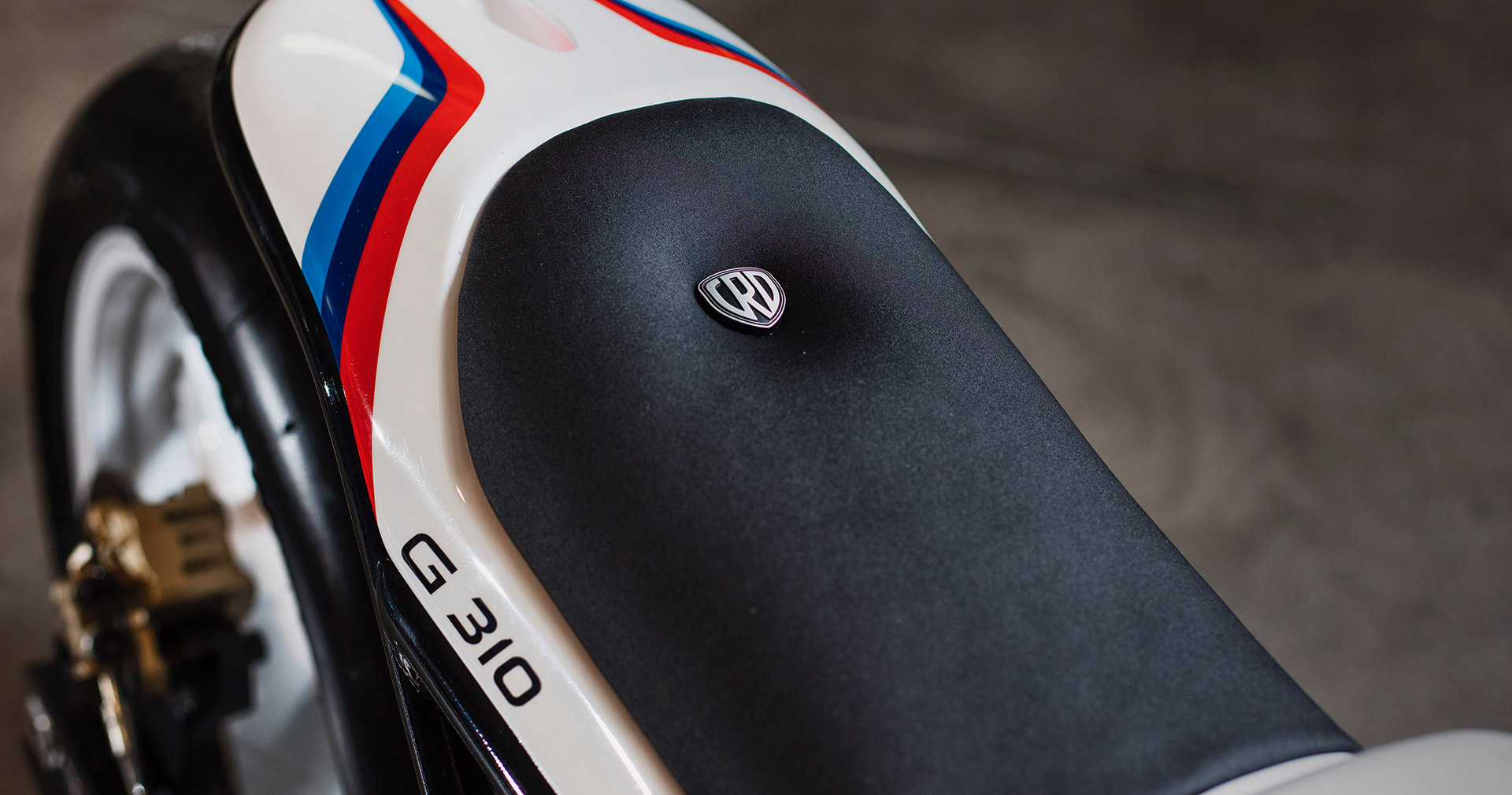 If you’ve played the Street Fighter video game, you probably are familiar with the word hadoken.

Hadoken is a Japanese neologism invented by the creators of the game to describe a type of attack that one of its characters makes. The attack consists in moving both fists from the hip really fast, which creates a kind of wave.

The effect is usually described as a fireball, although in reality the hadoken is an attack that is generated through the willpower of the wrestler, who concentrates on the palms of the hands to throw a ball of energy to his opponent.

A very similar feeling of shock is felt when you first see the BMW g310r that we prepared at Cafe Racer Dreams.

As a result of an agreement with the marketing and event managers of BMW Motorrad, the Bavarian brand gave us one of its BMW g310r to display all our creativity in this work of art, baptized as Hadoken BMW.

Transforming a modern motorbike into a classic one

Although our expertise is focused primarily on transforming old, classic motorcycles and give them a new look within the vintage Cafe Racer style, we have no problem working with modern motorcycles.

Nonetheless, it is evident that the challenge was very different from what we had been used to until now.

First of all, because there was no point in touching the mechanics. Even more so in this case, because the order came directly from the actual manufacturer of the bike.

And also because the stylistic challenge we faced was much more stimulating than when we work for a private client, because the agreement with BMW involved not only improving the bike, but also exhibiting it in an very popular event such as the Oldies but Goldies meeting, held in Las Ventas arena in Madrid.

BMW g310g is characterized by being a juvenile motorcycle with cutting-edge style, designed for urban use, light and very agile to snake through the city traffic.

By its price, one can say that it is an entry model to the BMW brand.

And our mission was to turn that bike into a coveted object of desire.

While our work usually begins by disassembling the bike and checking which parts of the engine we can recover and which we can’t, in this case we didn’t have to do anything at a mechanical level, as the bike was a brand new production model.

So we went straight to the aesthetic transformation.

But in this case the idea was to give the bike a vintage style without sacrificing the modern design that the BMW g310r series has.

To do this, we opted to remove part of the standard fairing.

On top of that, we wanted it to have a pure Cafe Racer style, so we replaced the headlamp with a more retro one, as well as cutting the rear subframe and removing the standard seat to fit a smaller one, which intensifies the CRD look.

However, it was not our intention to be excessively disruptive, so we maintained the original design of the BMW g310r to a large extent.

For that reason, we kept the style of the old fuel tank -although we placed a new, less bulky one, painted with BMW’s corporate colours like the donor motorbike-, which is integrated with the black leather seat.

Likewise, elements such as the fork, the rims (painted white), the tyres, the shock absorbers or the display-speedometer are the originals that came as standard with the bike.

The final result was surprising because we turned a modern motorcycle into a classic Cafe Racer without losing the slightest bit of the manufacturer’s spirit.

If you want to make an appointment to see in person how Hadoken BMW turned out, you can contact us using this contact form.

We assure you that as soon as you see it, you will feel a shock, as if one of the Street Fighter characters had thrown a hadoken straight into your heart.