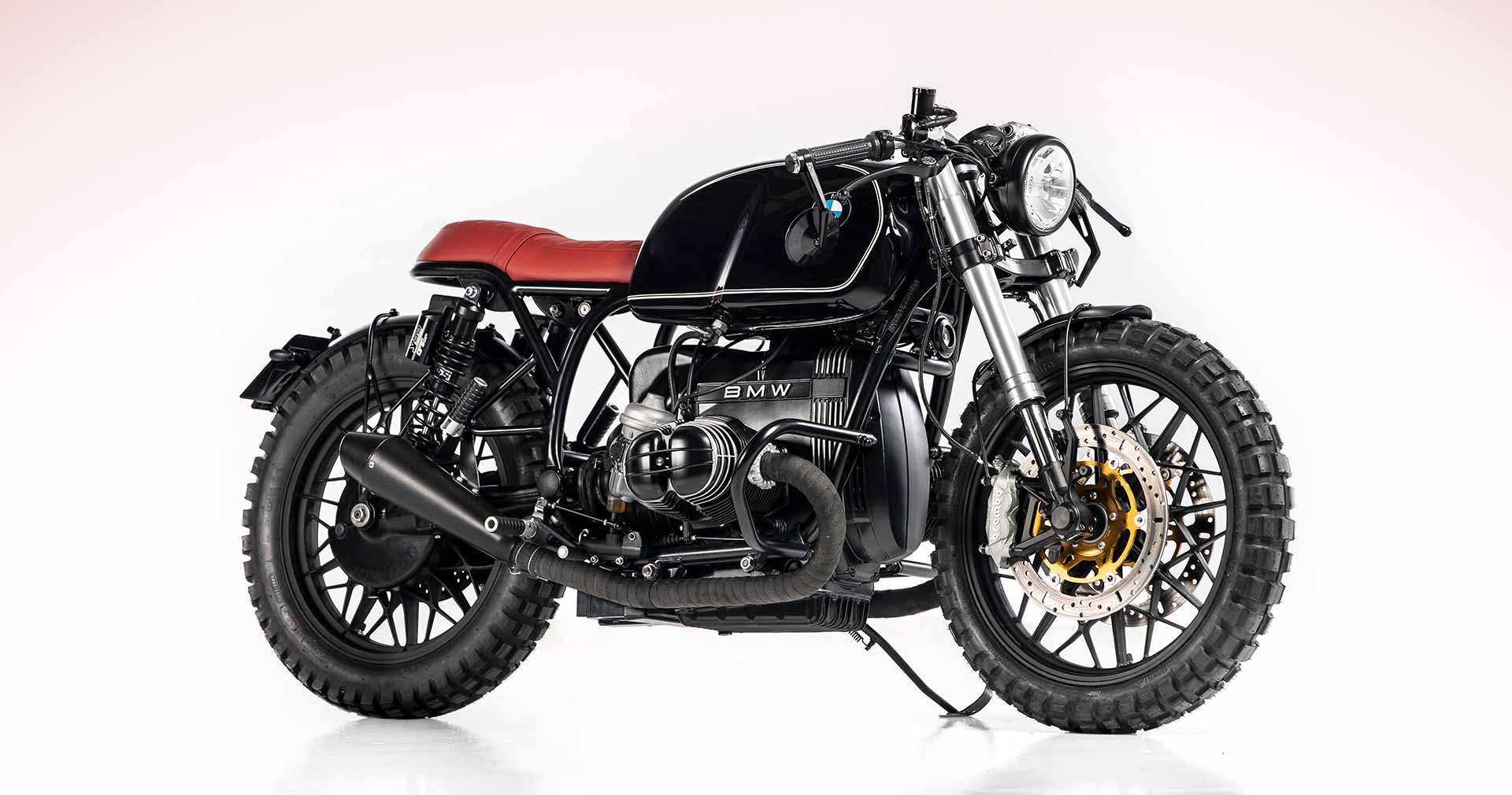 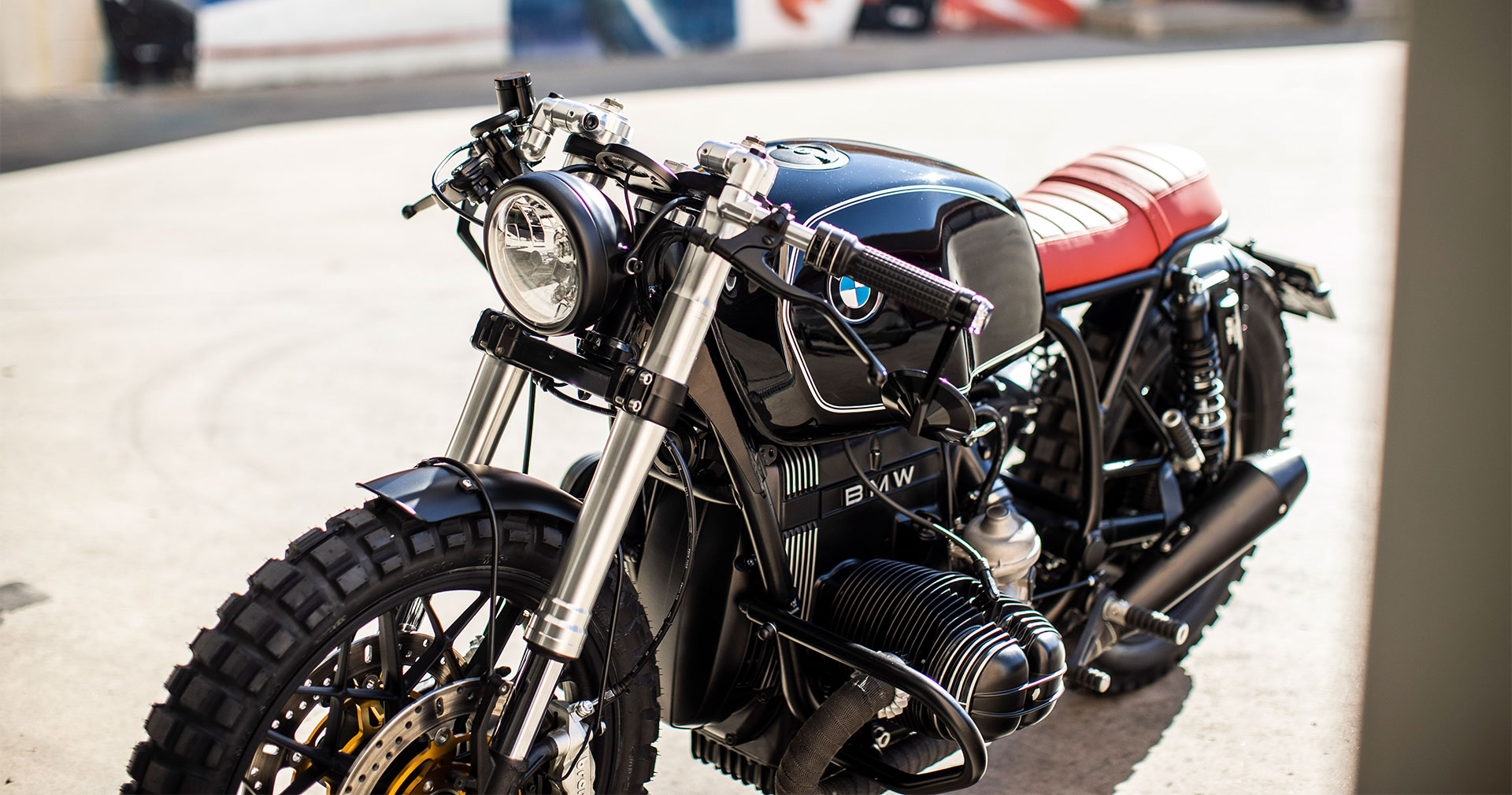 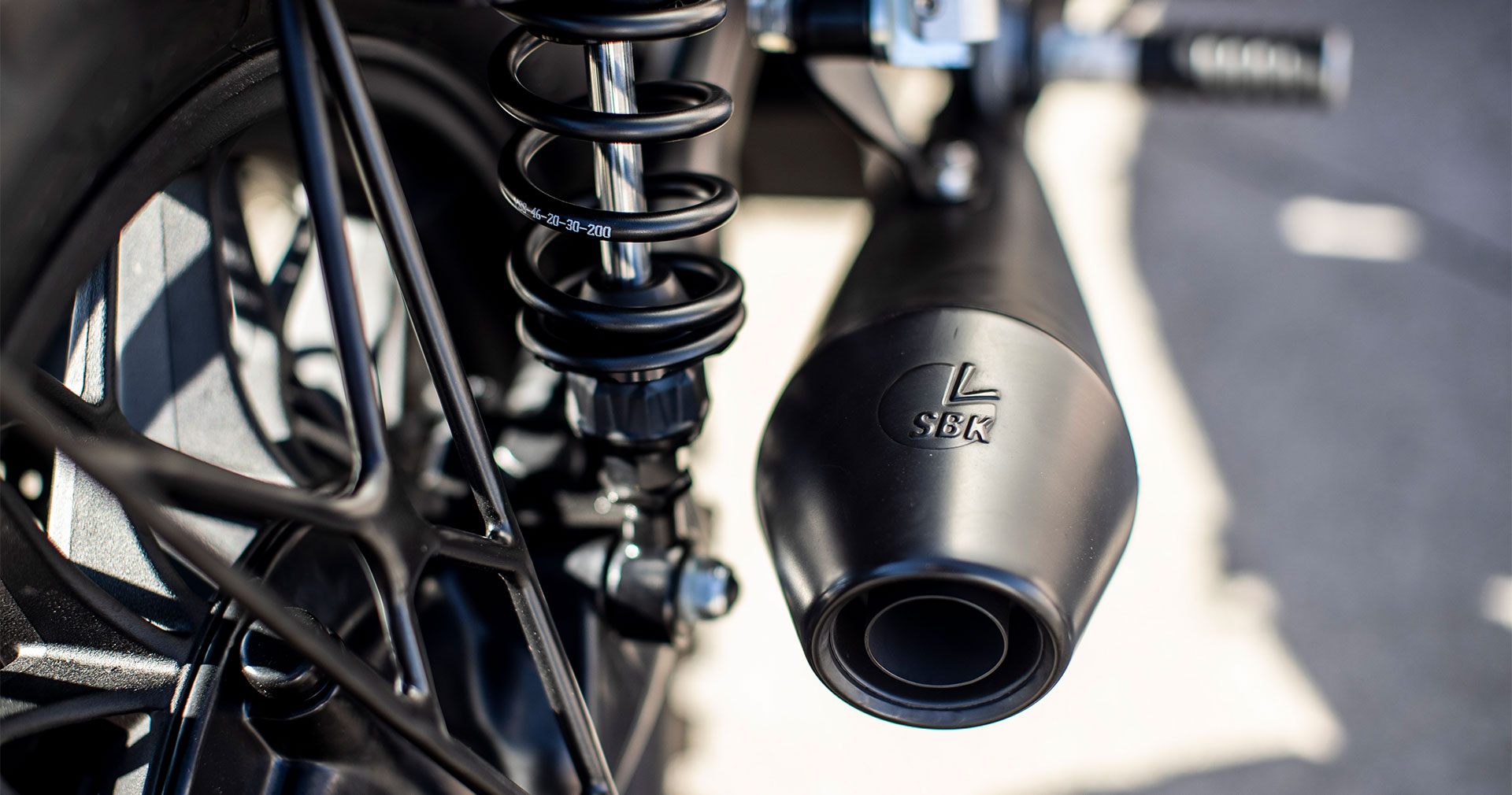 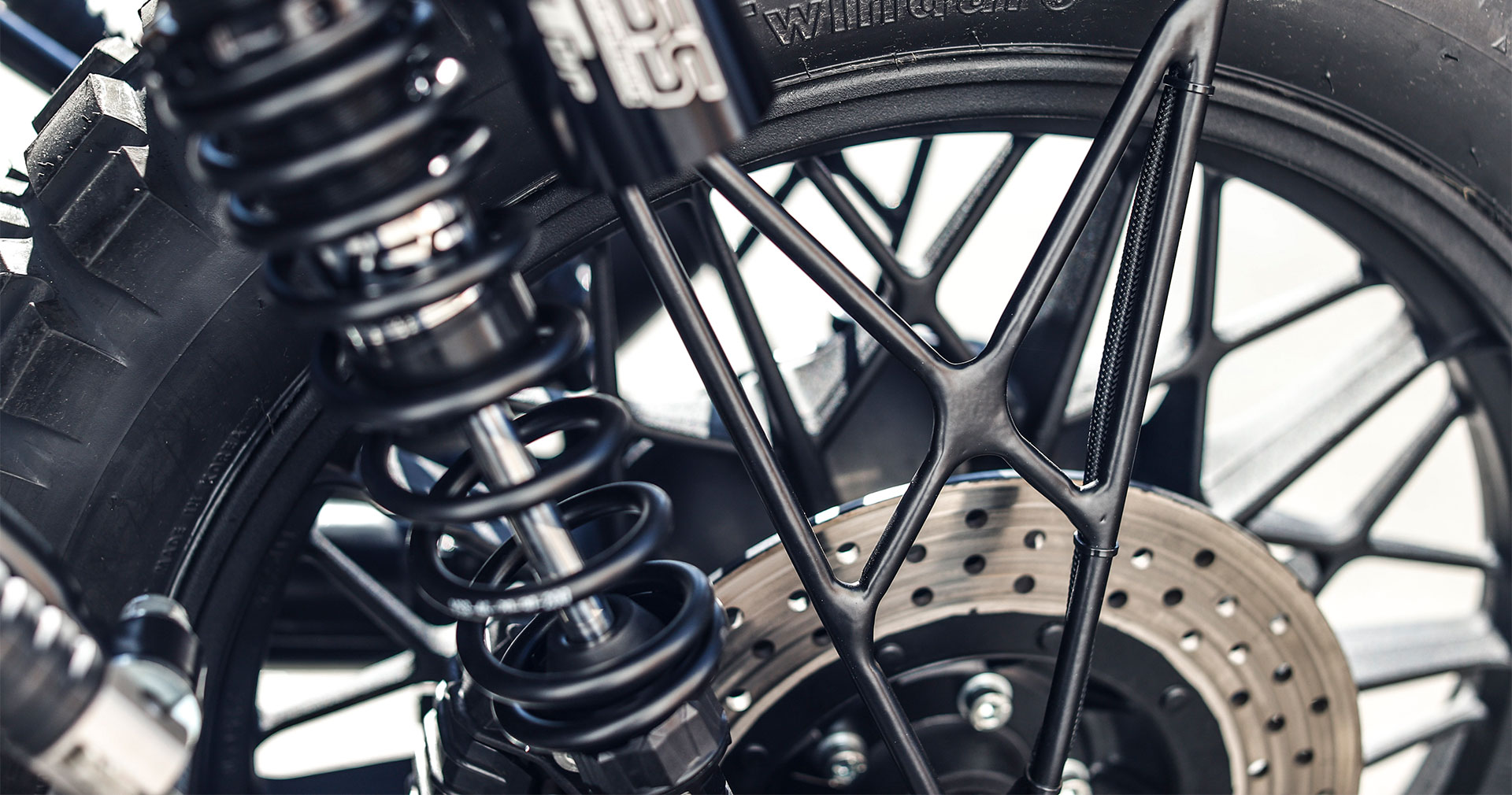 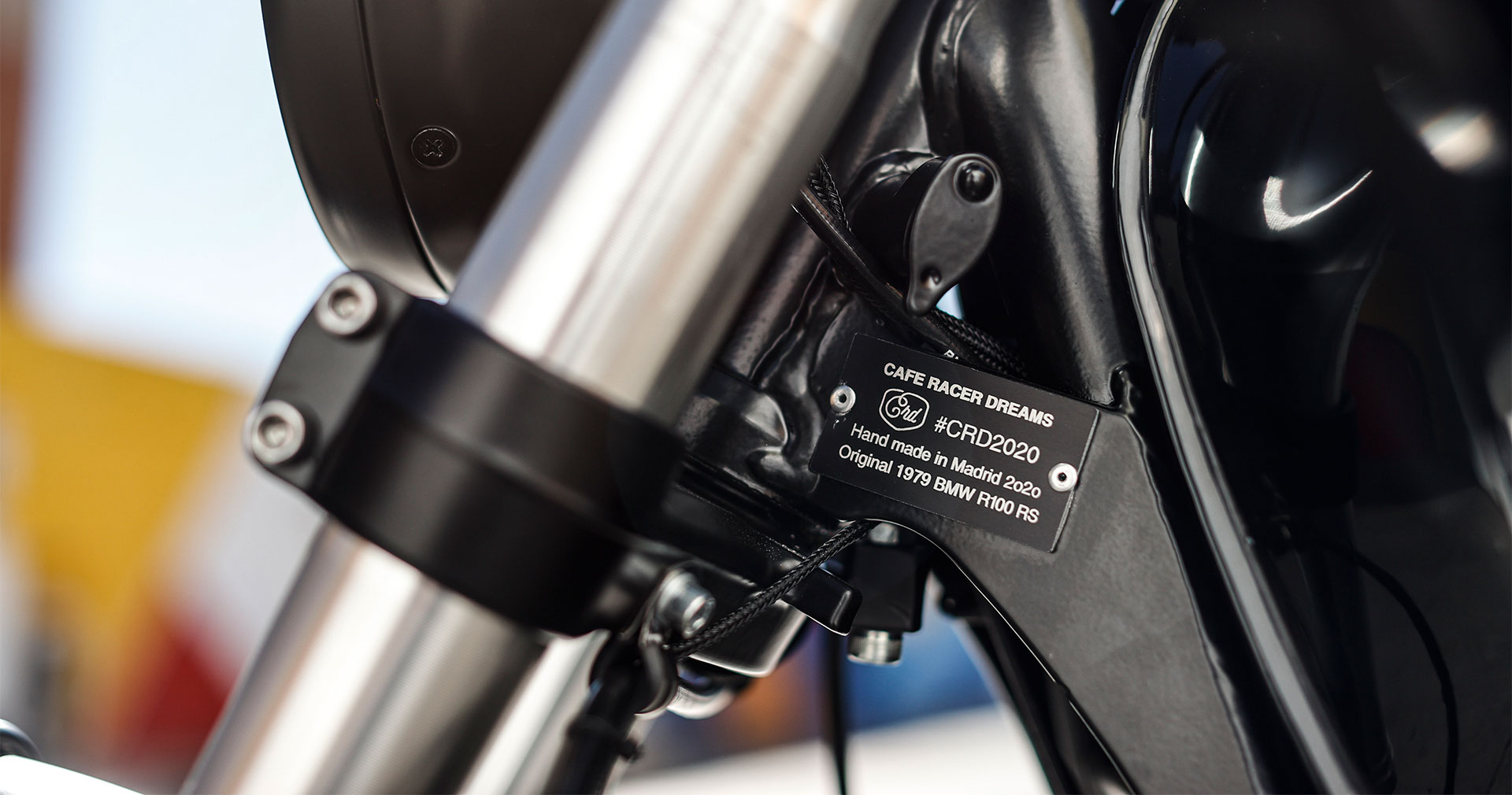 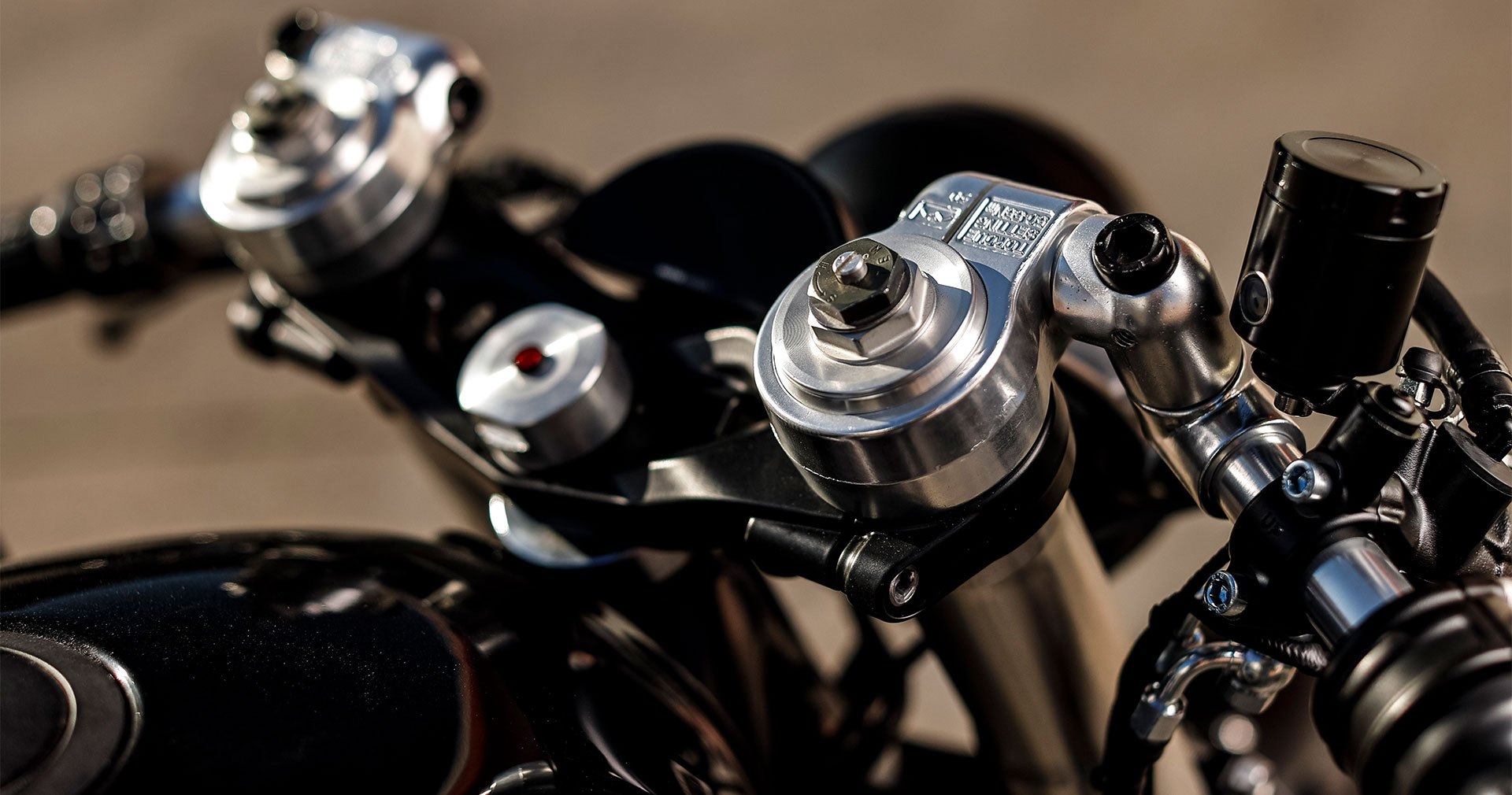 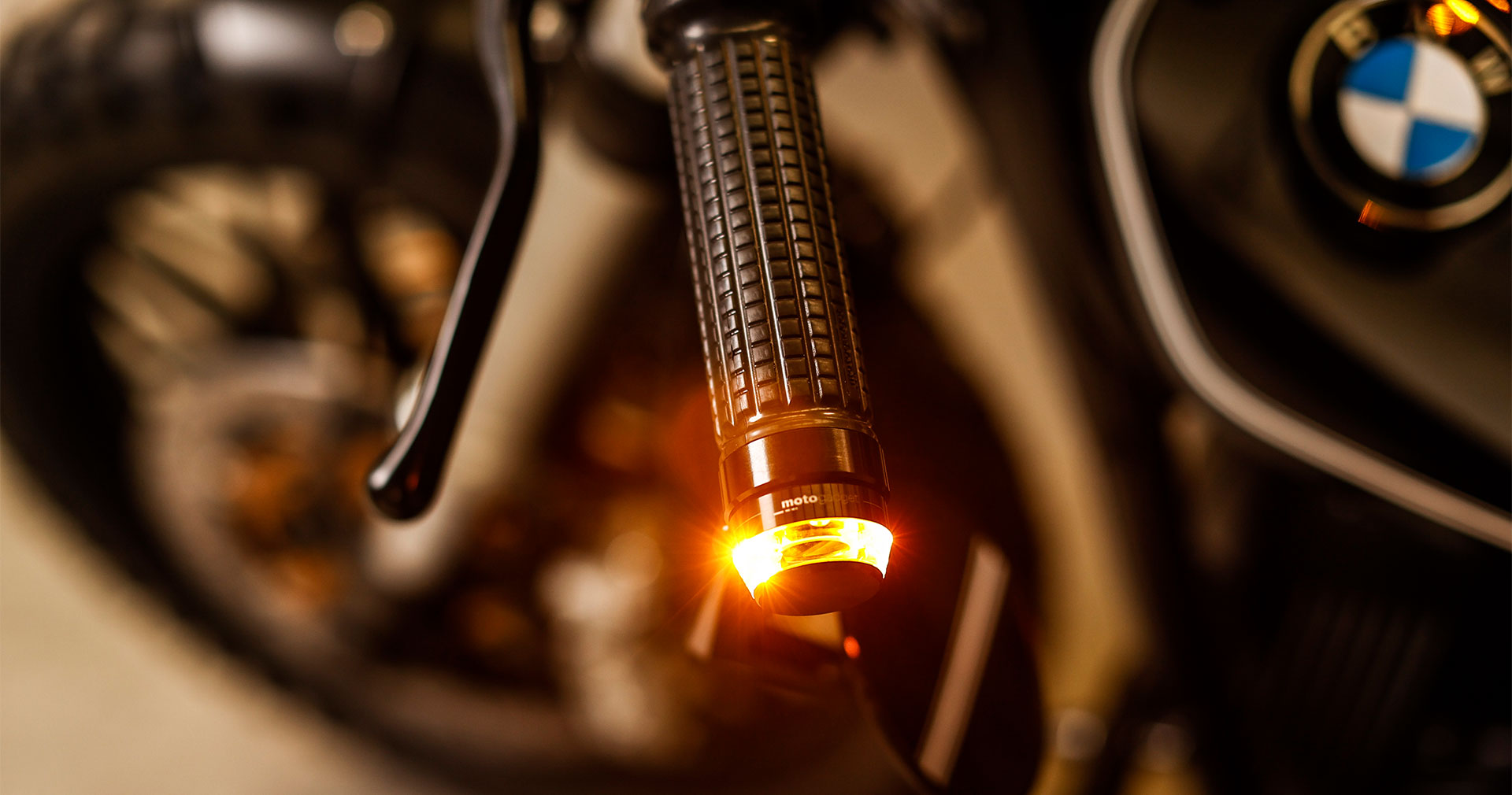 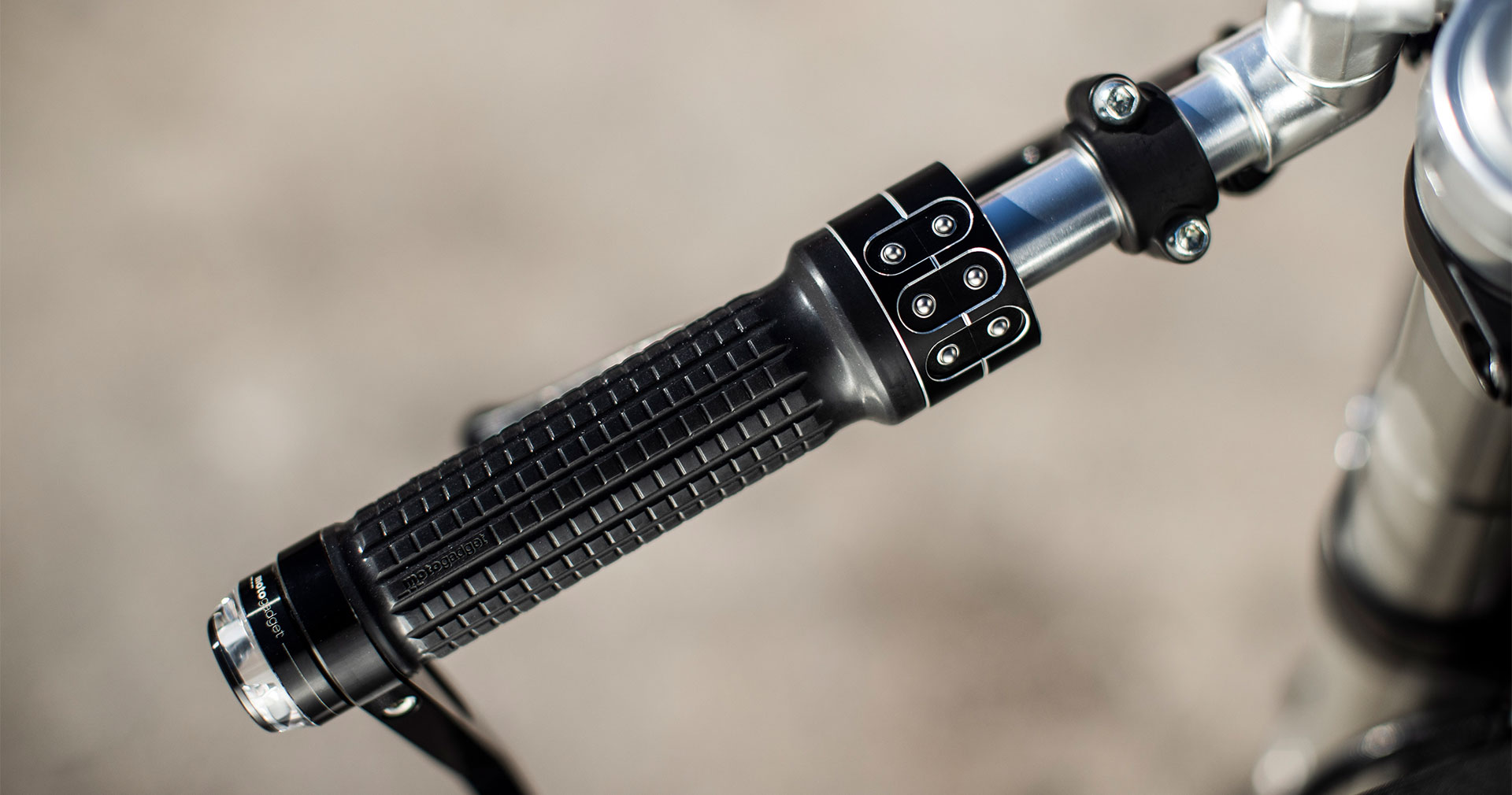 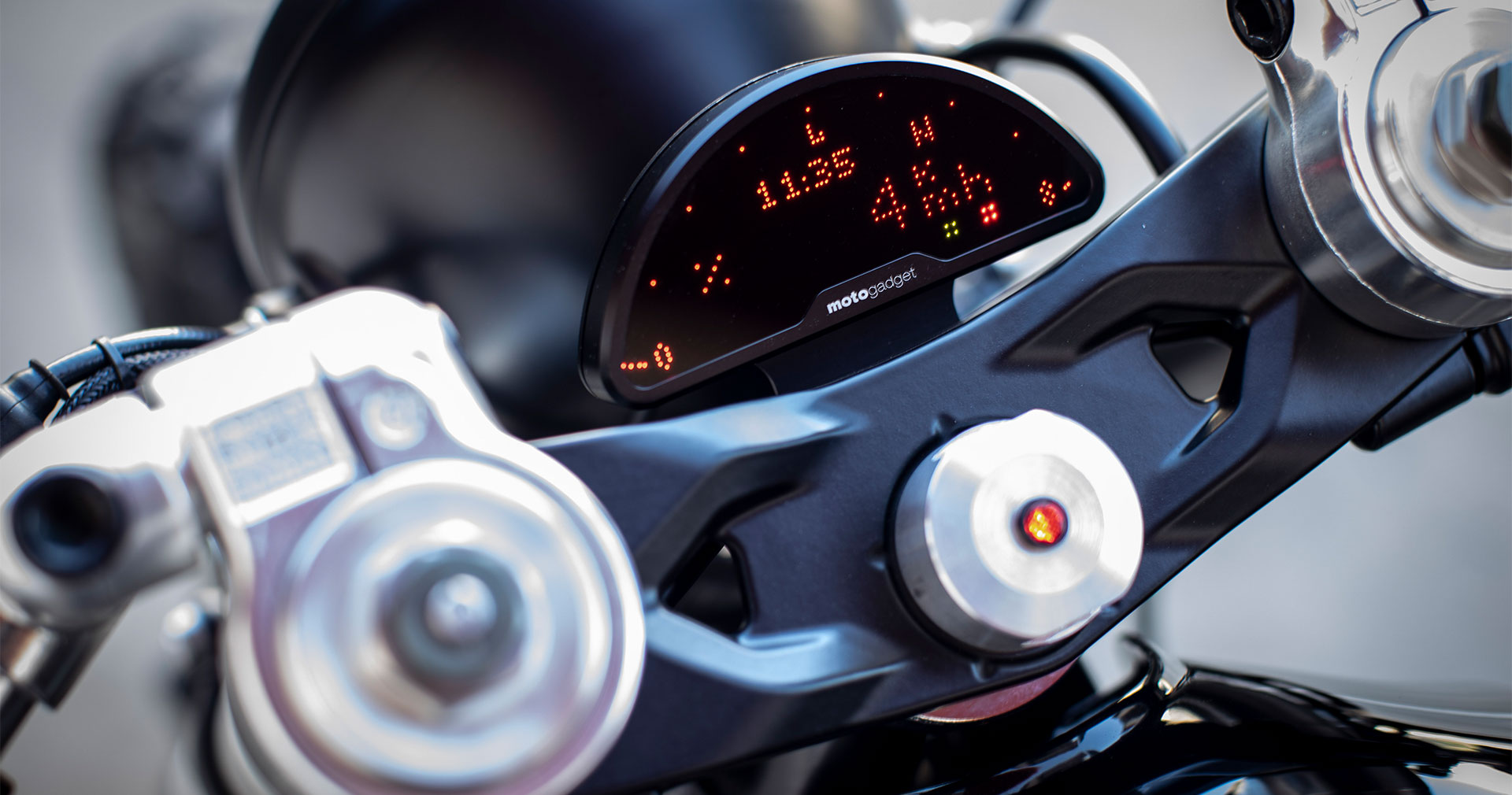 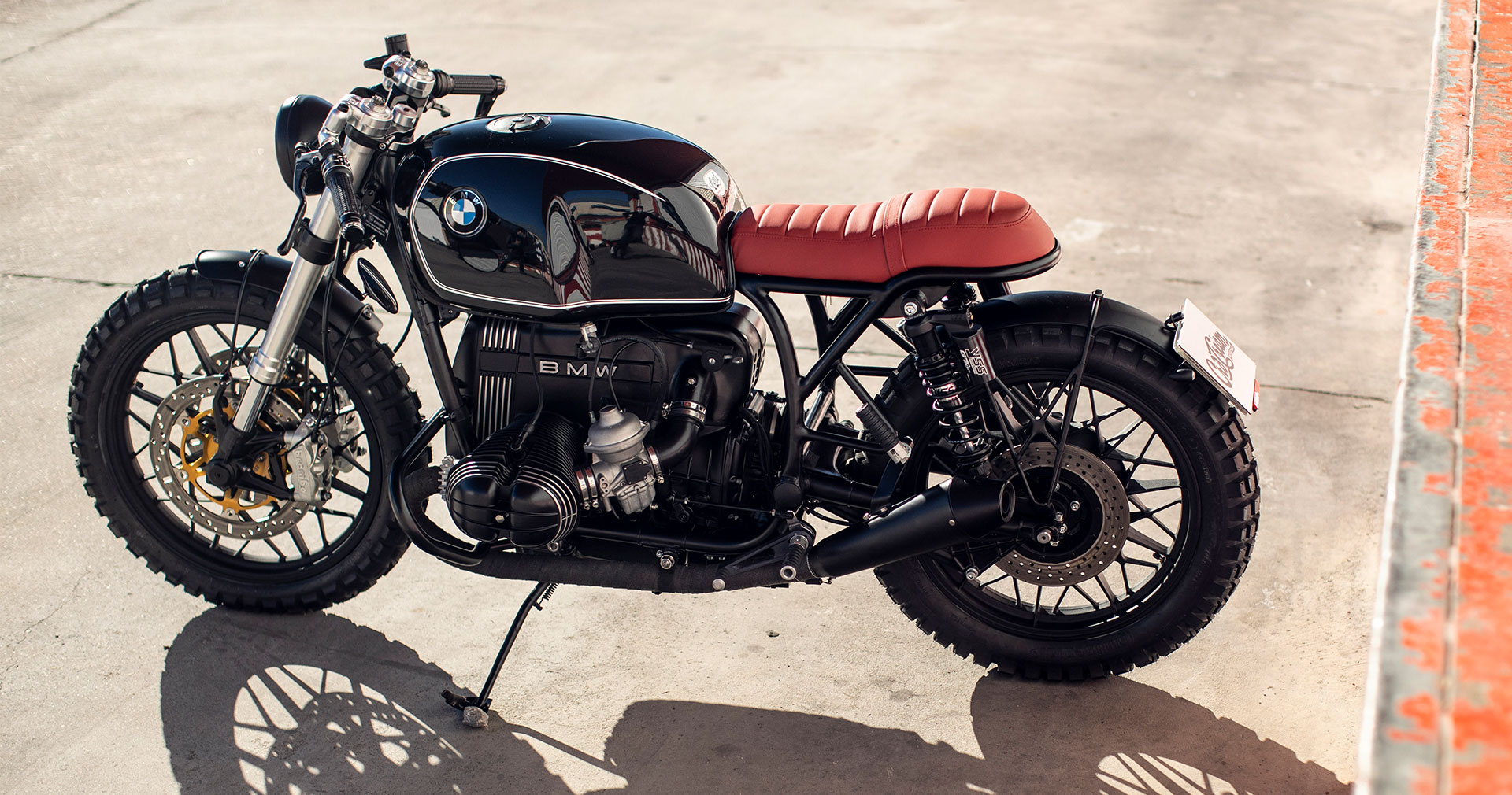 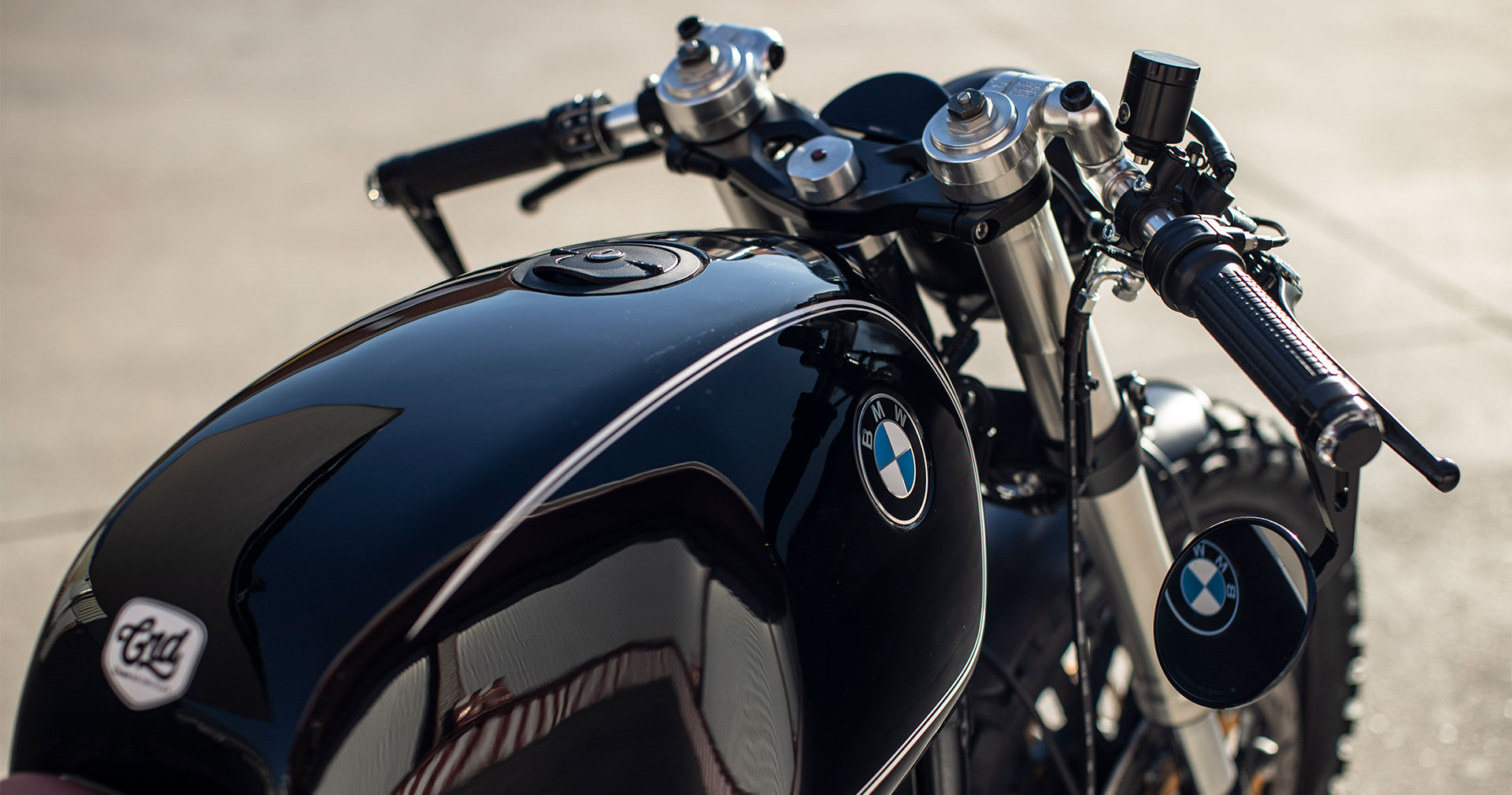 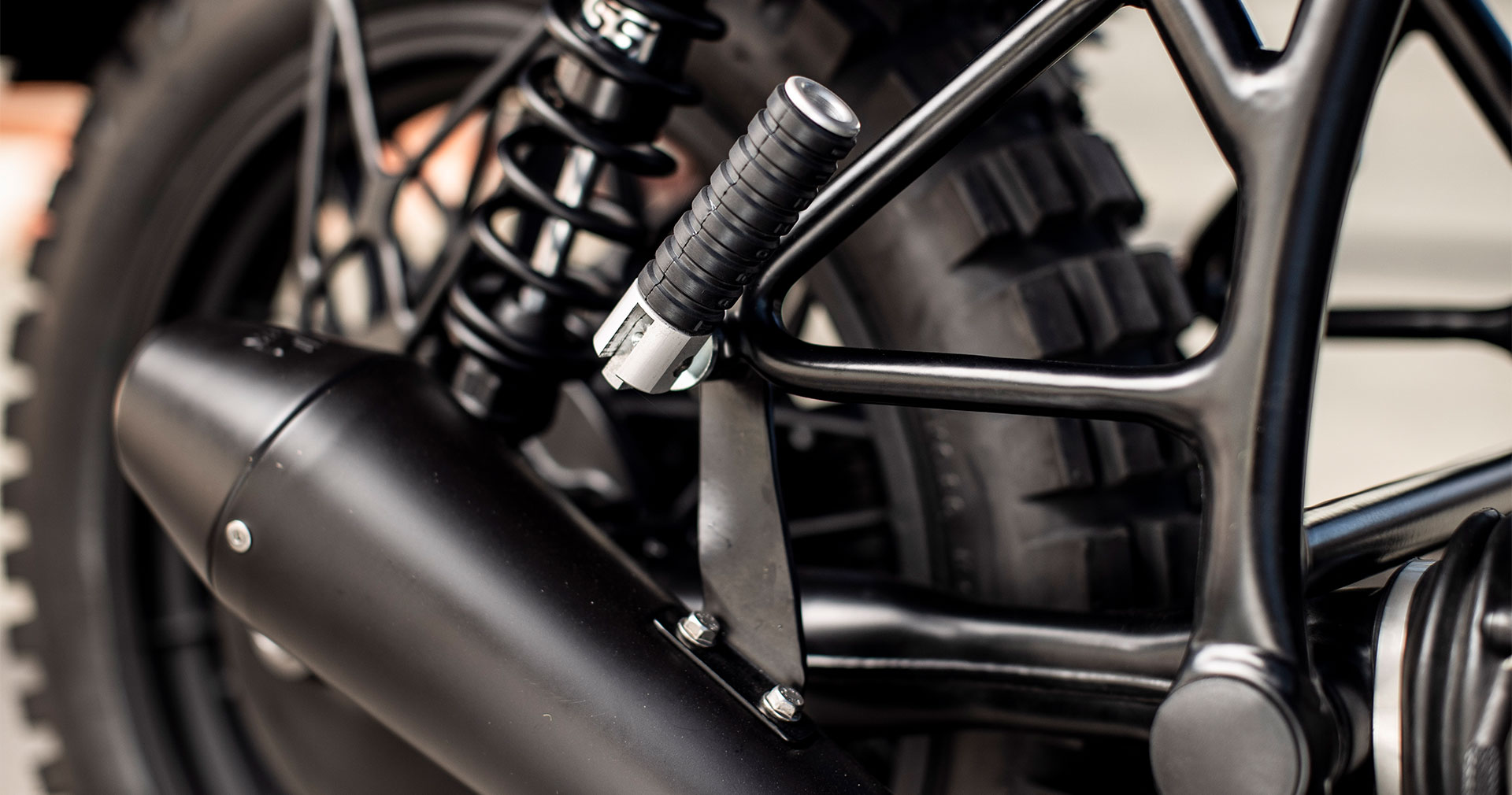 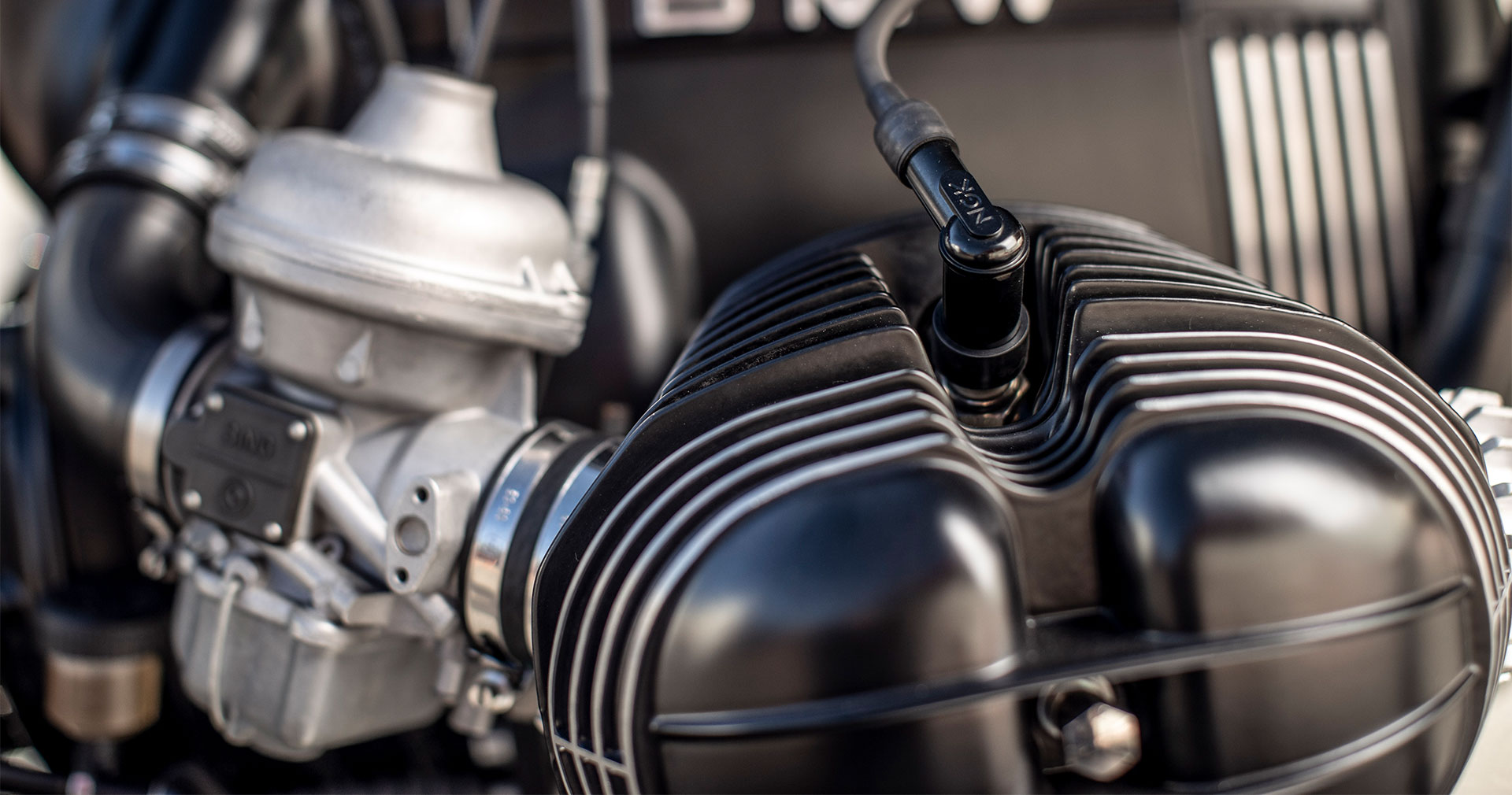 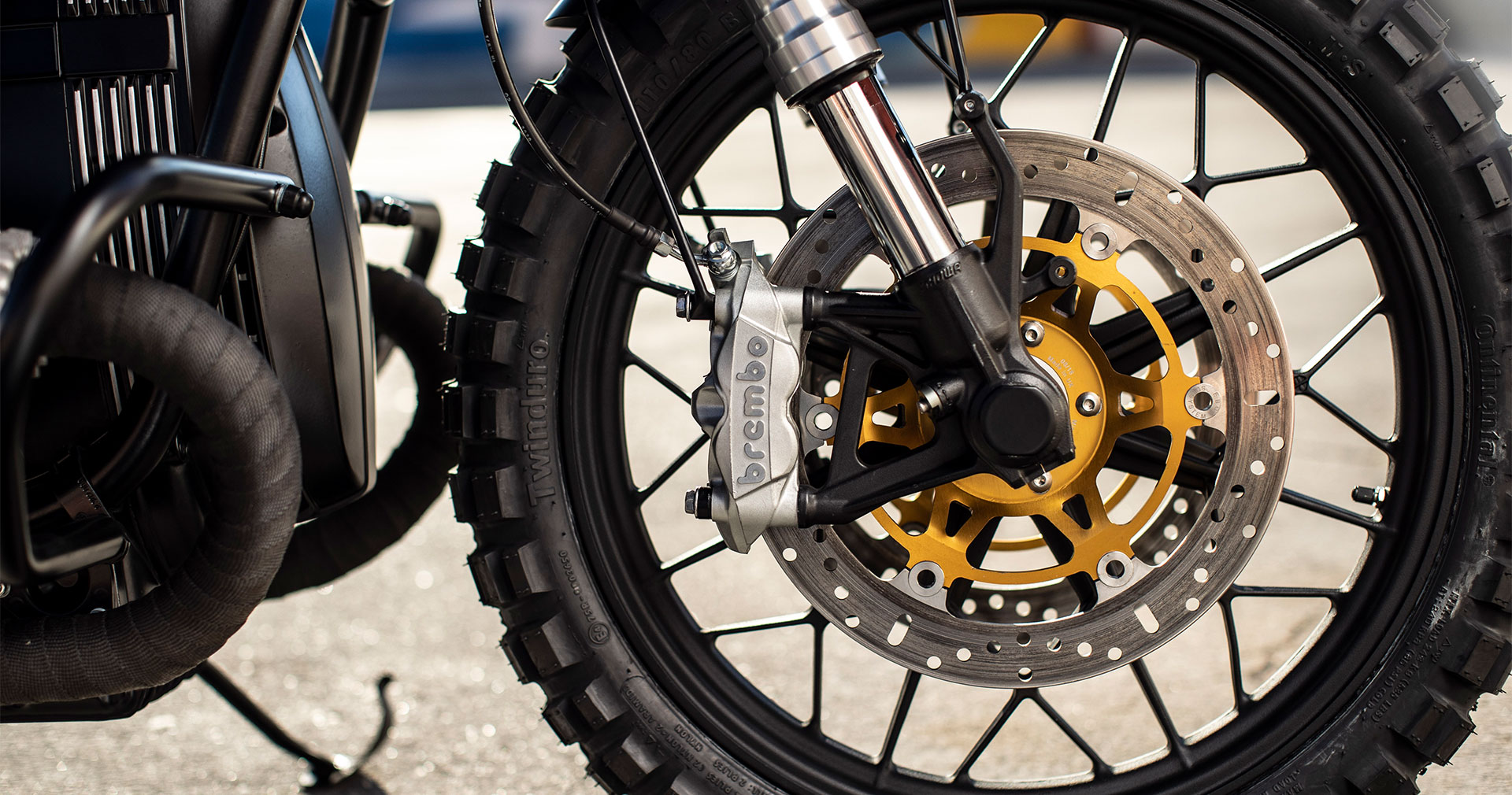 CRD2020, the last creation of Cafe Racer Dreams, is both a tribute to this decade of customizations as well as a surprise gift for its current owner, Jaime Colsa, who had not seen the bike until it was finished.

The story begins with the model chosen as a base, a 1980 BMW R100 RS, as Jaime himself tells us: “It is a bike that has had a single owner, an old friend of my parents. Who came to our house the day he got the bike to show it and also gave me a ride, so, with seven years that I had, the bike was engraved in the memory in a very special way. In those years an RS was a bike that made an impact and it was one of the first in the area. As the years went by, the bikes started collecting dust in the garage. As you can imagine I didn’t hesitate to buy it when his son offered it to me”.

CRD2020 had to reflect the new facet of CRD, in which the “know-how” of the brand is put by Marcos Castro’s work, and Juan López, former General Director of Gas Gas, arrives to give it a boost in its line of work. This meant taking a step forward in the level of finishes and components, and also getting a line and decoration that will fit the tastes of its owner.

As with all the bikes that come out of CRD, only the engine and chassis remain from the original bike, although everything is completely dismantled, the chassis is cut and the new subframe is welded,  all the expendable parts are removed. So basically there is nothing that is not touched because the engine is completely dismantled as well. Boxer engines are by design very strong, but you have to pay attention to the condition of the rings generally and sometimes the pistons, also check the valves, their guides, and clutches. All seals and seals are replaced. Somehow you restore the bike first and then customize it.

In the case of CRD2020, handmade exhausts have been added, their section had to increase from 40 to 50 mm to fit the LeoVince silencers. The rear differs from what has been done so far since it goes from having a “flown” license plate to have it integrated into rear fender support in a handmade structure, which also has the same shape as the rim spokes so that they are fully integrated visually when you align them. The cycle part has new suspensions in both trains, there is an inverted Kawasaki ZX-6R fork, with both seat posts and a radial-pump that acts on four-piston radial Brembo calipers. The discs are 310 mm EBC. While the rear axle uses YSS shock absorbers with a separate bottle, finished in black and multi-adjustable, like the fork. So now it has made a big leap forward in terms of performance.

The bike is much lower, although it maintains the original wheels but with Continental TKC 80 tires, which finish off a stunning look. As for the components that complete this customization, we find adjustable Tommaselli handlebars, which allow different ergonomic configurations, and the Motogadget instrument panel has minimalist controls and front indicators. The Cafe Racer Dreams design seat is upholstered in leather. The rear is very stylish as it does not have any extra elements, since the small rear lights that also act as indicators are integrated next to the license plate.

This special bike, which you like more and more as you spend more time with it, is the result of about eight weeks of work. For Jaime it was a surprise: “It was a total surprise, I only asked them to be a two-seater, and the truth is that I am delighted with the work they have done. They have fulfilled the idea of making a special bike and when I saw it for the first time I thought: it is a cannon… Besides, it is full of details that in the past we could consider good and have been more polished. Like the way to integrate the passenger footpeg with the support so that they are aligned, covers screws, or the way to hide the wiring, which gives it a more polished look.

The decoration has been carefully chosen and the central part of the bike, engine, chassis, exhausts, and wheels, is painted with powder paint in black, to allow the combination with different tanks and seats. An option that future CRD customers may also have since it is very easy to swap these two elements. Another detail characterizes it, the symmetry offered by the exhausts, cylinders, and mirrors in its rearview. It is a unique bike, which is not for sale and pays tribute to the history of Cafe Racer Dreams.