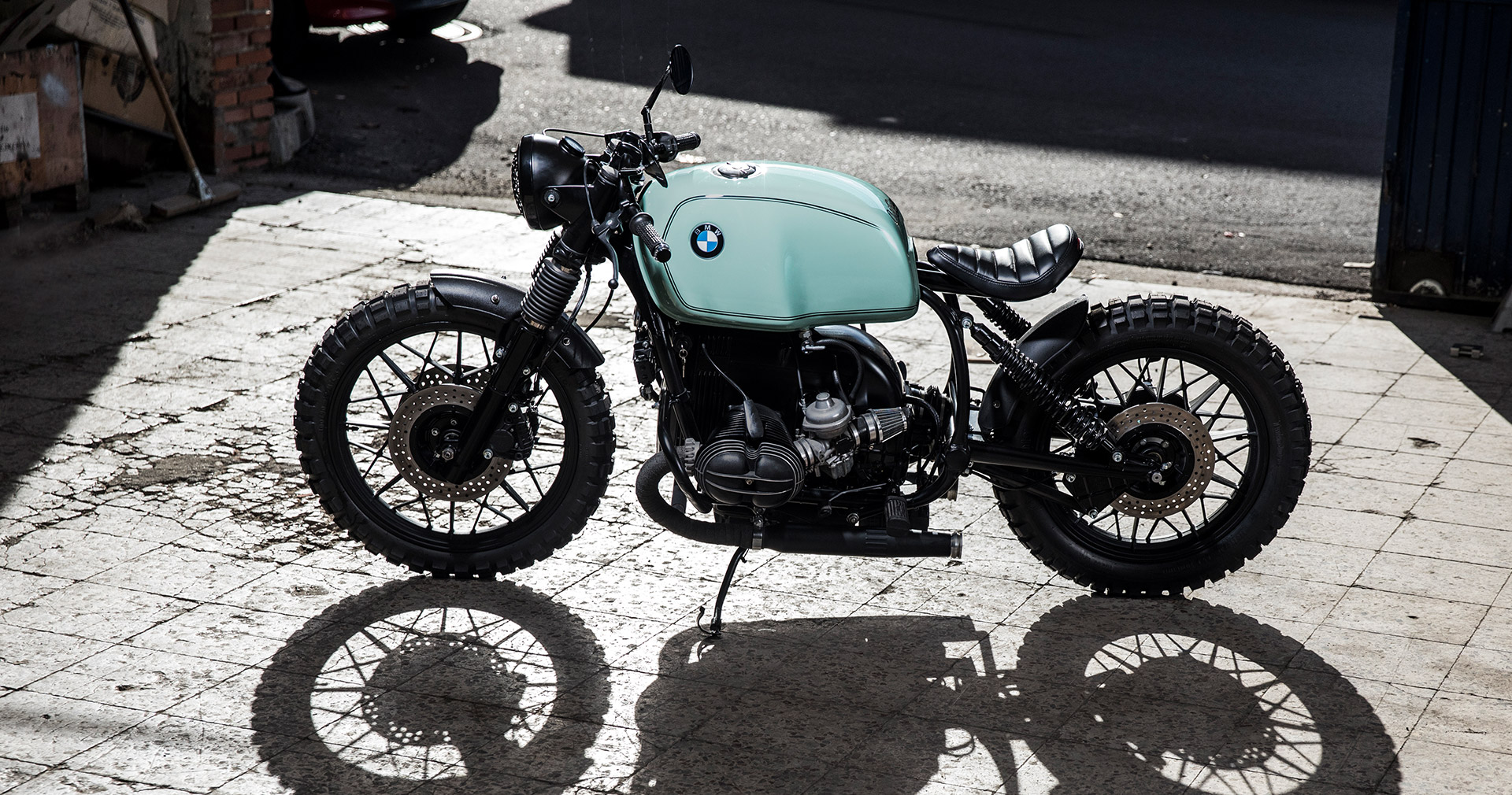 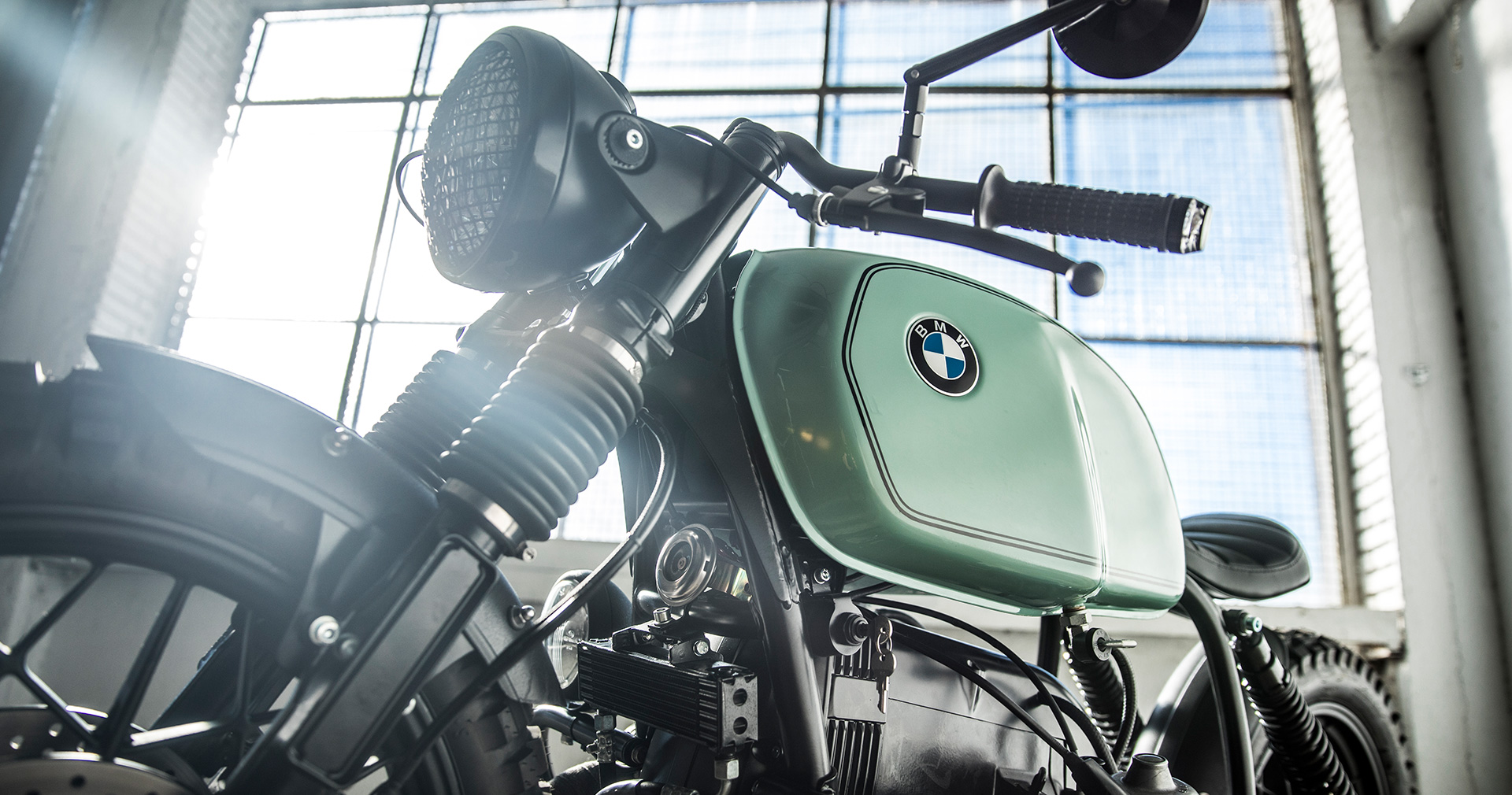 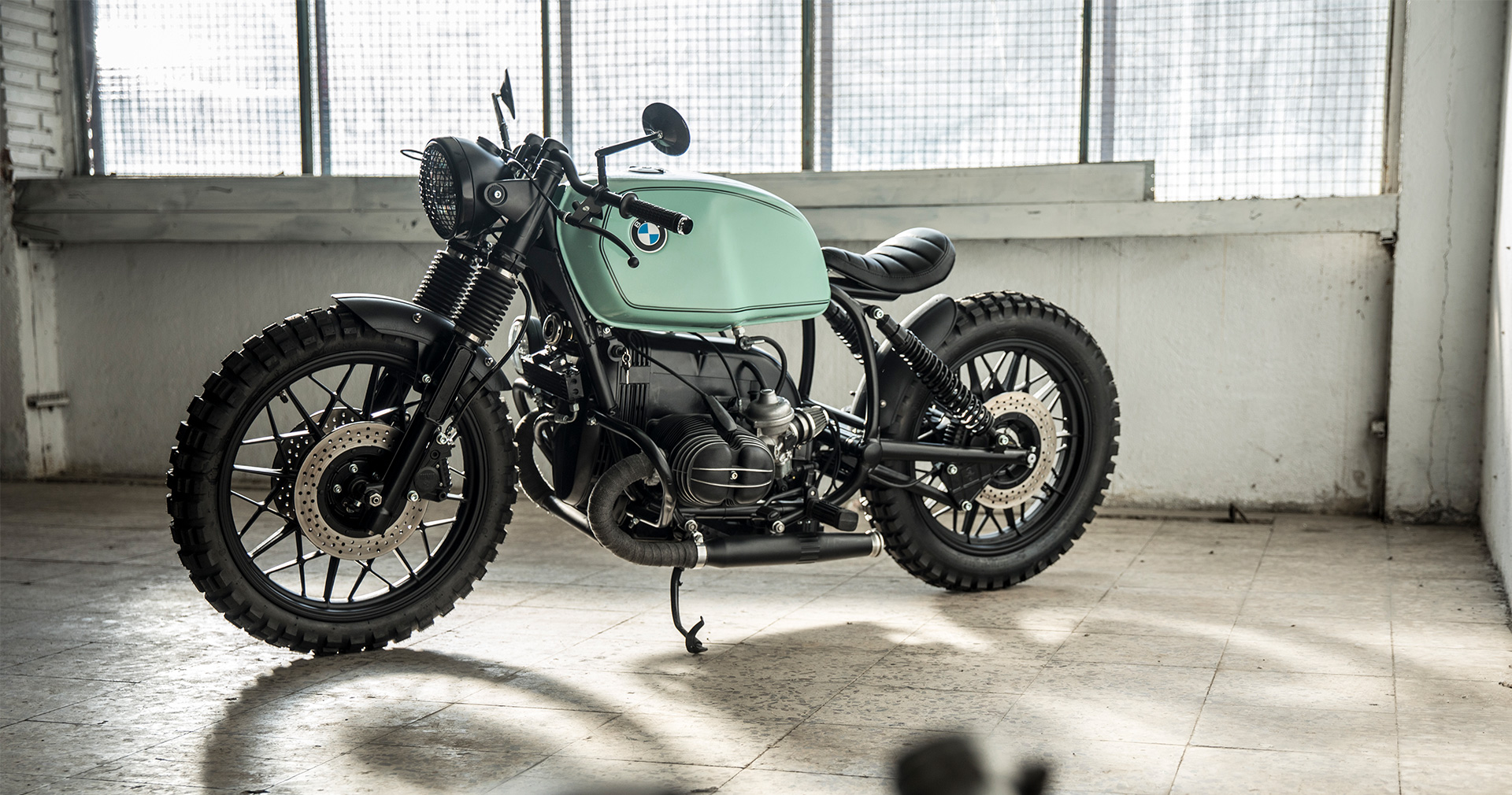 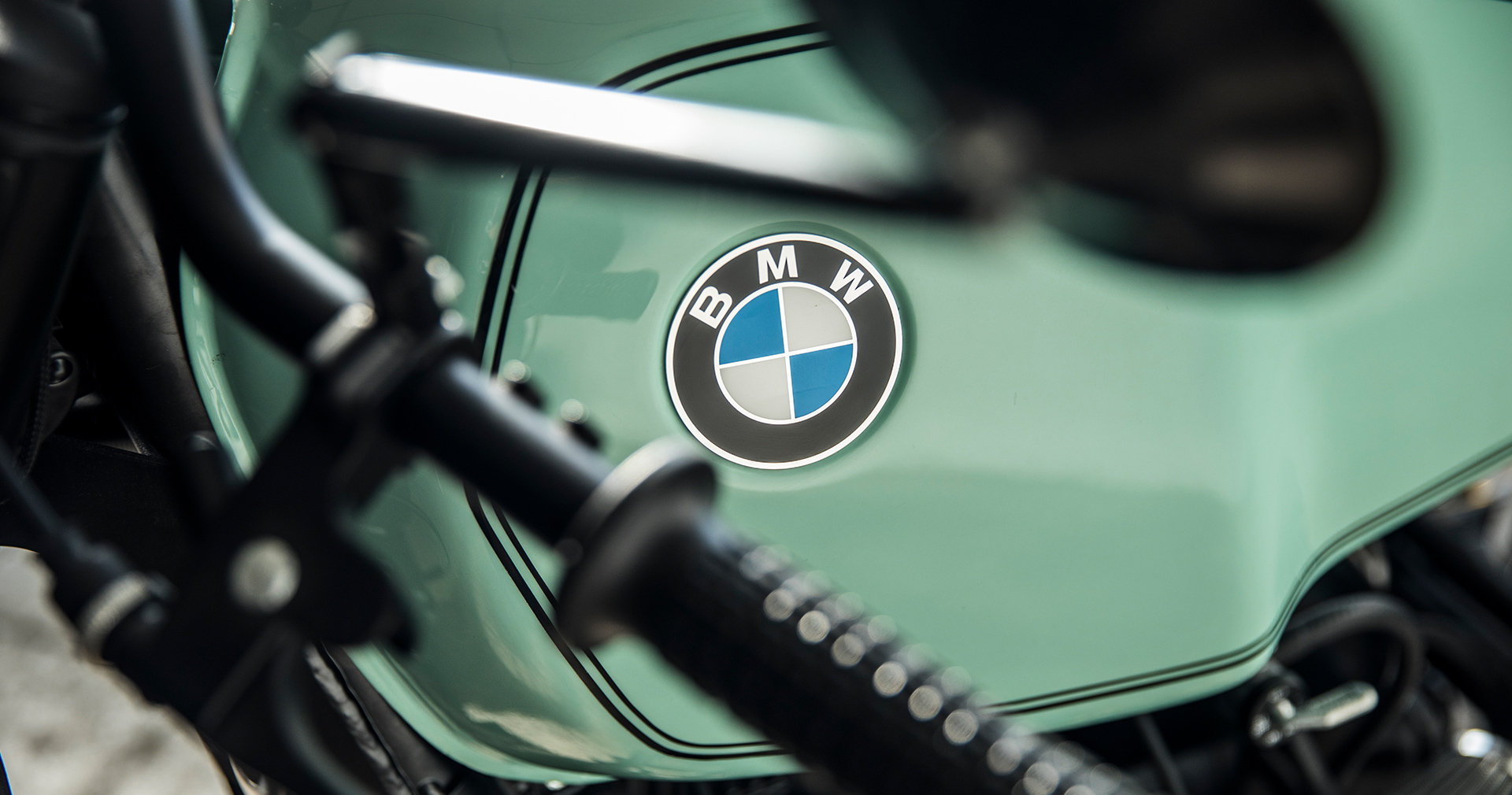 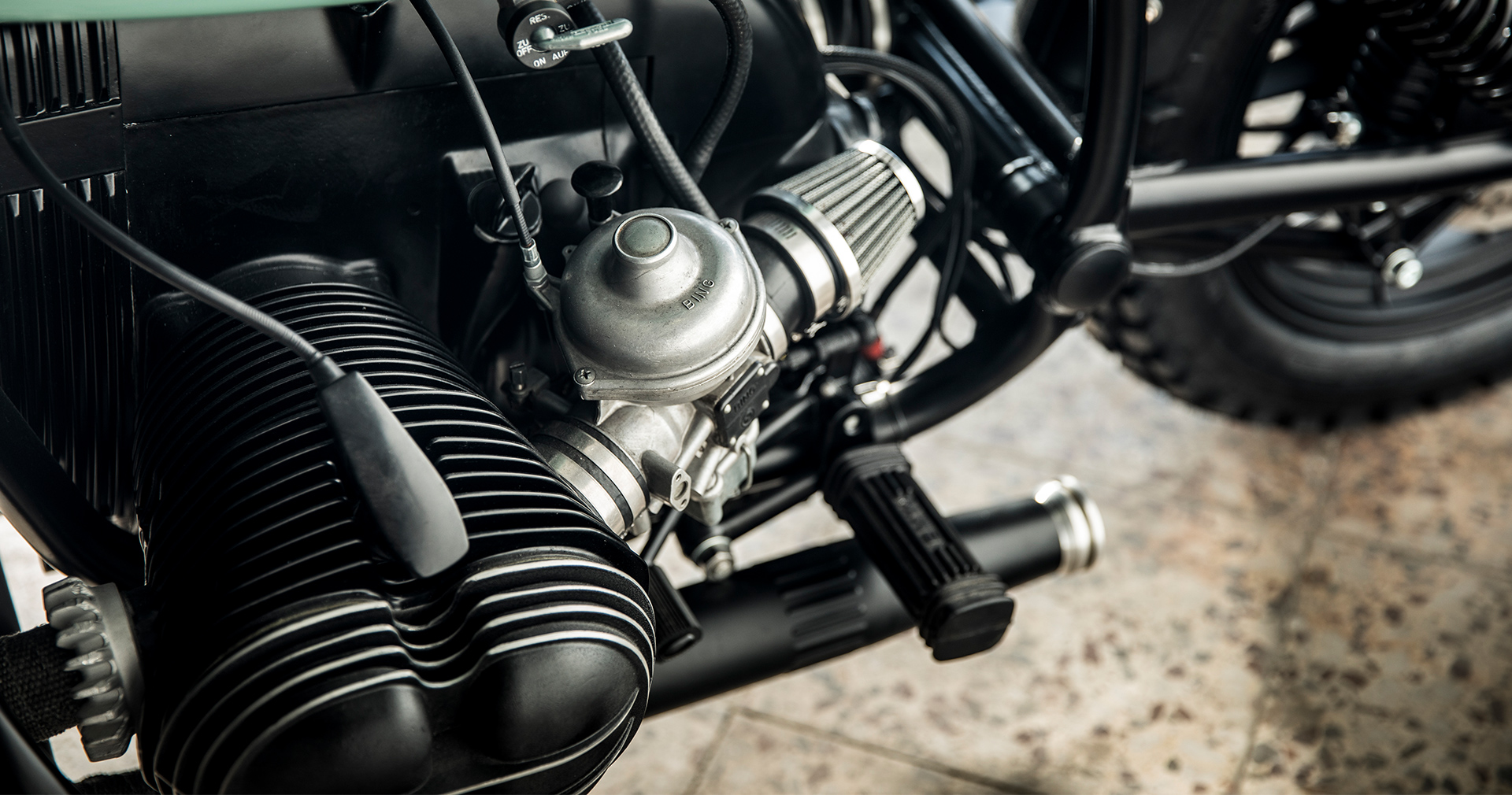 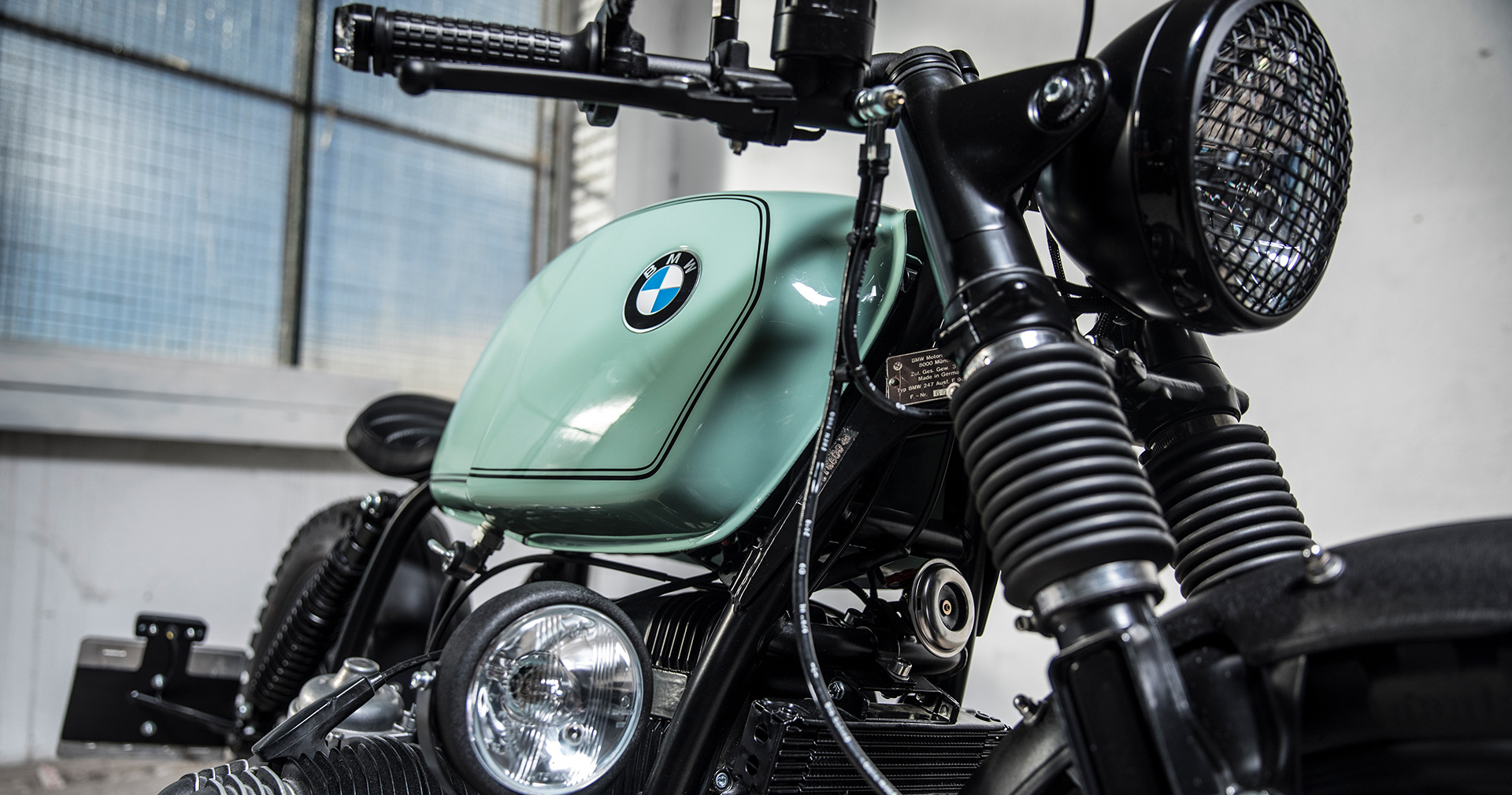 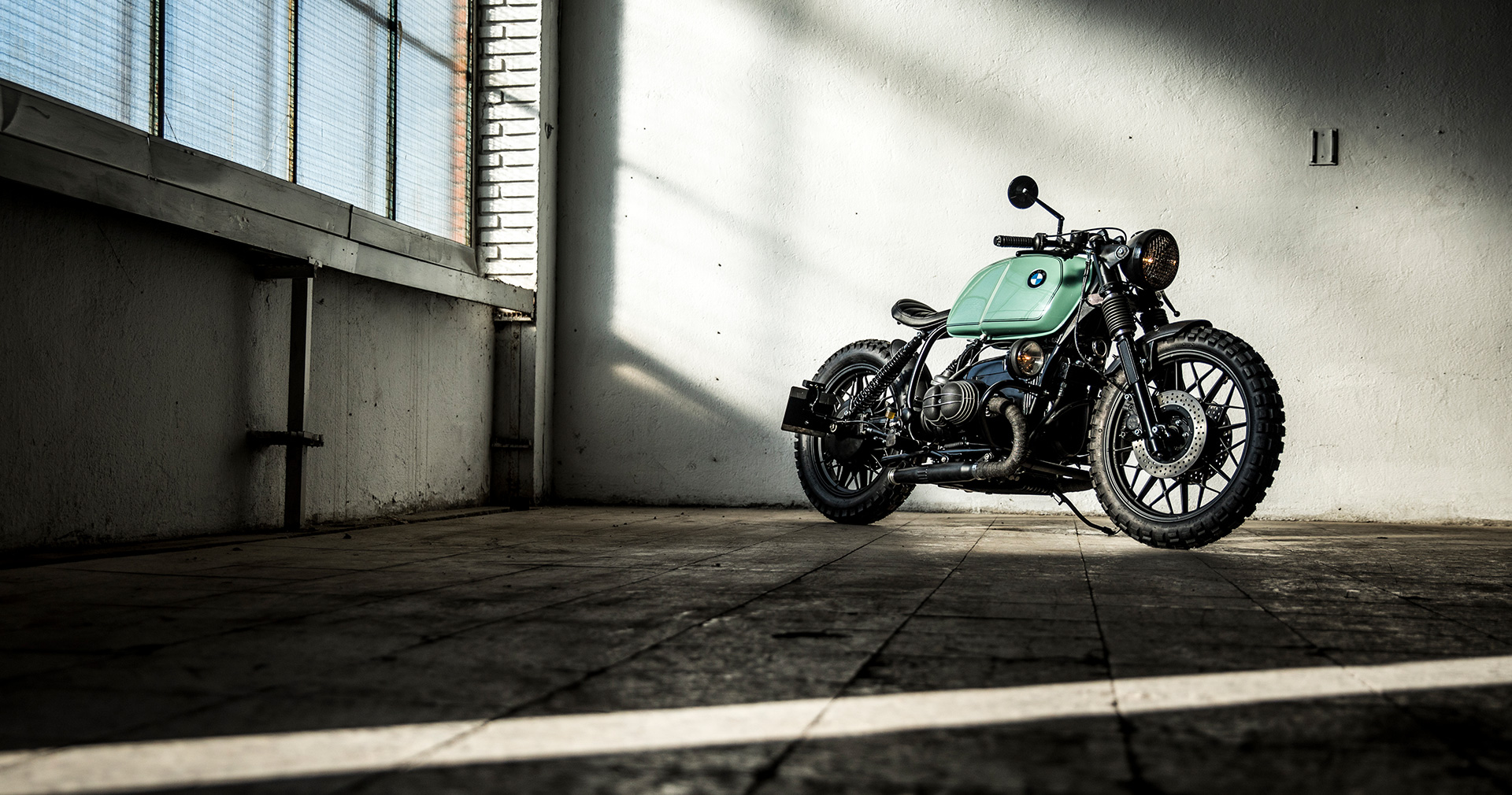 There’s no doubt that Cafe Racer motorcycles are more trendy than ever.

This is mainly because the world of motorbikes is taking on a vintage look inspired by the most memorable classics.

And to a large extent also because motorcycle enthusiasts demand more and more quality.

When it comes to design and quality, Cafe Racer Dreams takes the cake.

CRD105 A BMW R100, the foundation for a purebred Cafe Racer

As it is common in Cafe Racer motorcycles, we have worked with a classic frame: a BMW R100 RT manufactured in 1981 that was in an exceptional condition.

However, in order to lighten its weight – and also to produce our particular Cafe Racer aesthetic – we got rid of the standard fairing, as we considered the 1981 RT version to be too heavy.

Another reason for the removal was that these parts came with ventilation grills, glove compartments and adjustable windscreens, so it looked like a motorcycle intended for police use (in fact, the BMW R100 RT was one of the favorite models of the police forces of the 1980s).

The 1,000-cc engine maintains the same sound it had on the first day, thanks to the meticulous mechanical disassembly, cleaning and repair work we have carried out.

One of the elements that was clear from the beginning we would modify was the exhaust pipe. For the new pipe we selected one from Sky Rocket Black, designed in the typical Cafe Racer style of the 60s and 70s.

On the other hand, we had to put a new Bing carburator, while for the air filter we decided to replace it with a conical one.

Dynamic behaviour in line with a Cafe Racer motorbike

Our customers are very interested in the sensations and touch they will feel when they ride their machines.

And the owner of this CRD105 -architect and interior designer Joseph Vonsung- wanted his bike to be fun and require a certain level of expertise to get the most out of it.

For that reason, we built the chassis ourselves in our workshop in Paracuellos del Jarama, with external suppliers such as Hagon, which provided the suspension.

On the other hand, we have kept the original fork, but we have modified it so that it also has the CRD look and feel.

Regarding the tyres, we have decided to use Continental TKC 80 tyres, which are very suitable for the English roads on which this bike will be riding. These wheels provide great grip on slippery road surfaces, typical on British roads.

The most distinctive elements of a Cafe Racer motorcycle

Among the most striking details of our motorcycles, the fuel tank always stands out above everything else, because they are always very colorful and eye-catching.

By creative decision of its owner, we have kept the original BMW tank for the CRD105, but have painted it in a striking mint green, which fits perfectly with the black seat, rims, handlebars and cuffs.

The headlamp is made by Clubman LSL and the speedometer is produced by Moto Gadget Tiny, while the starter control is a WW with 3-position ignition key.

In conclusion: six weeks of hard work full of passion, creativity and a taste for quality.