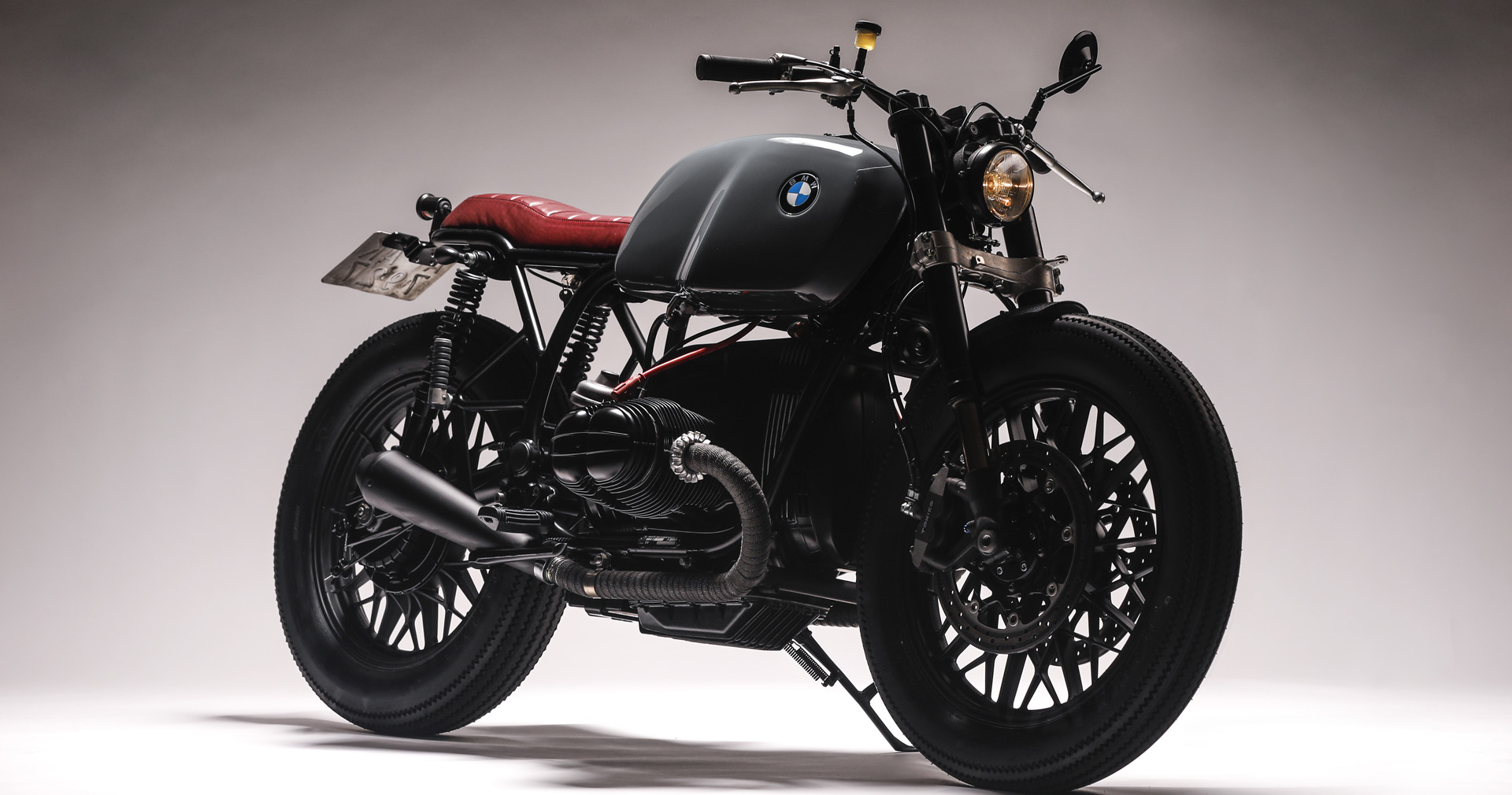 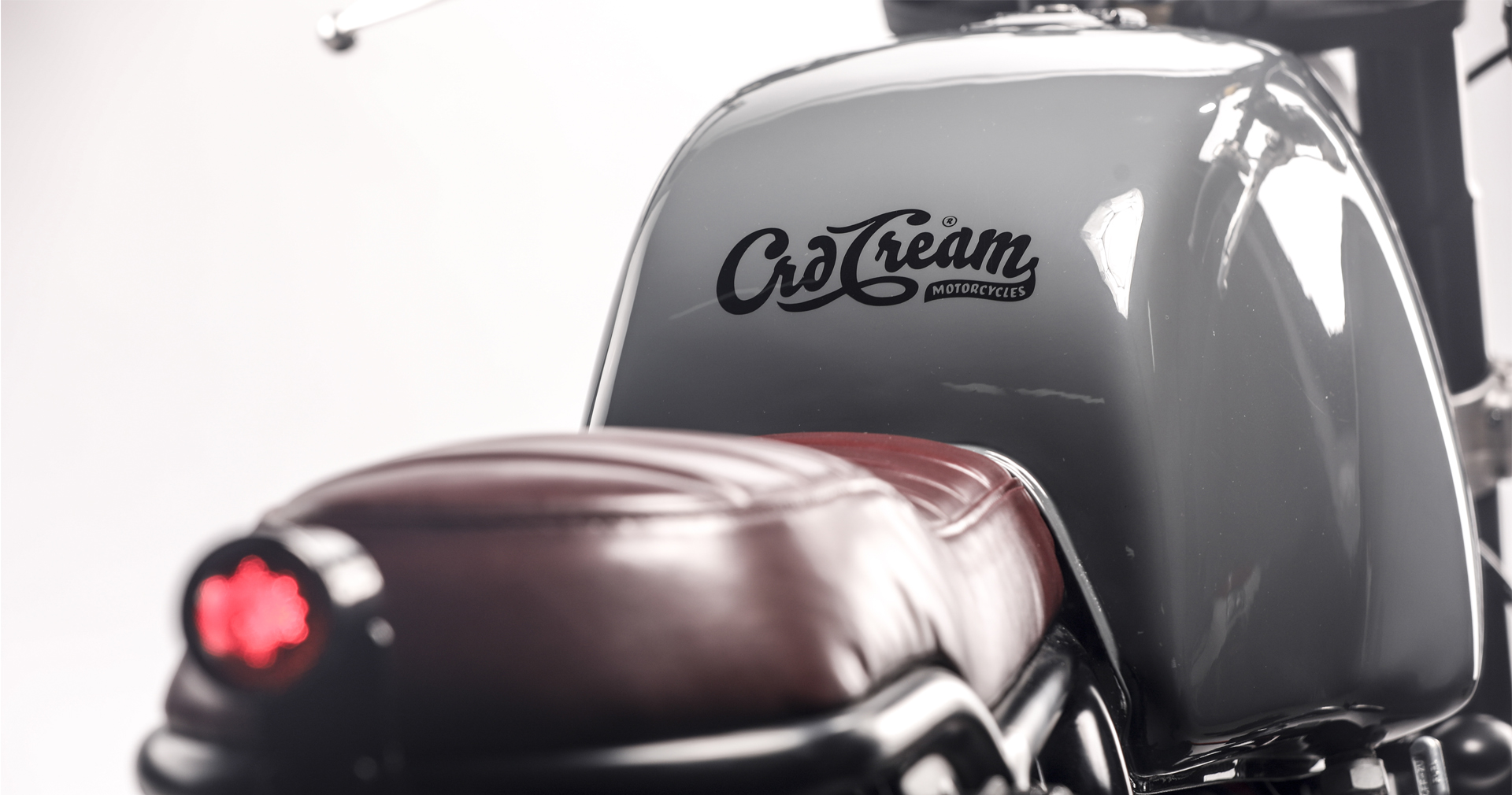 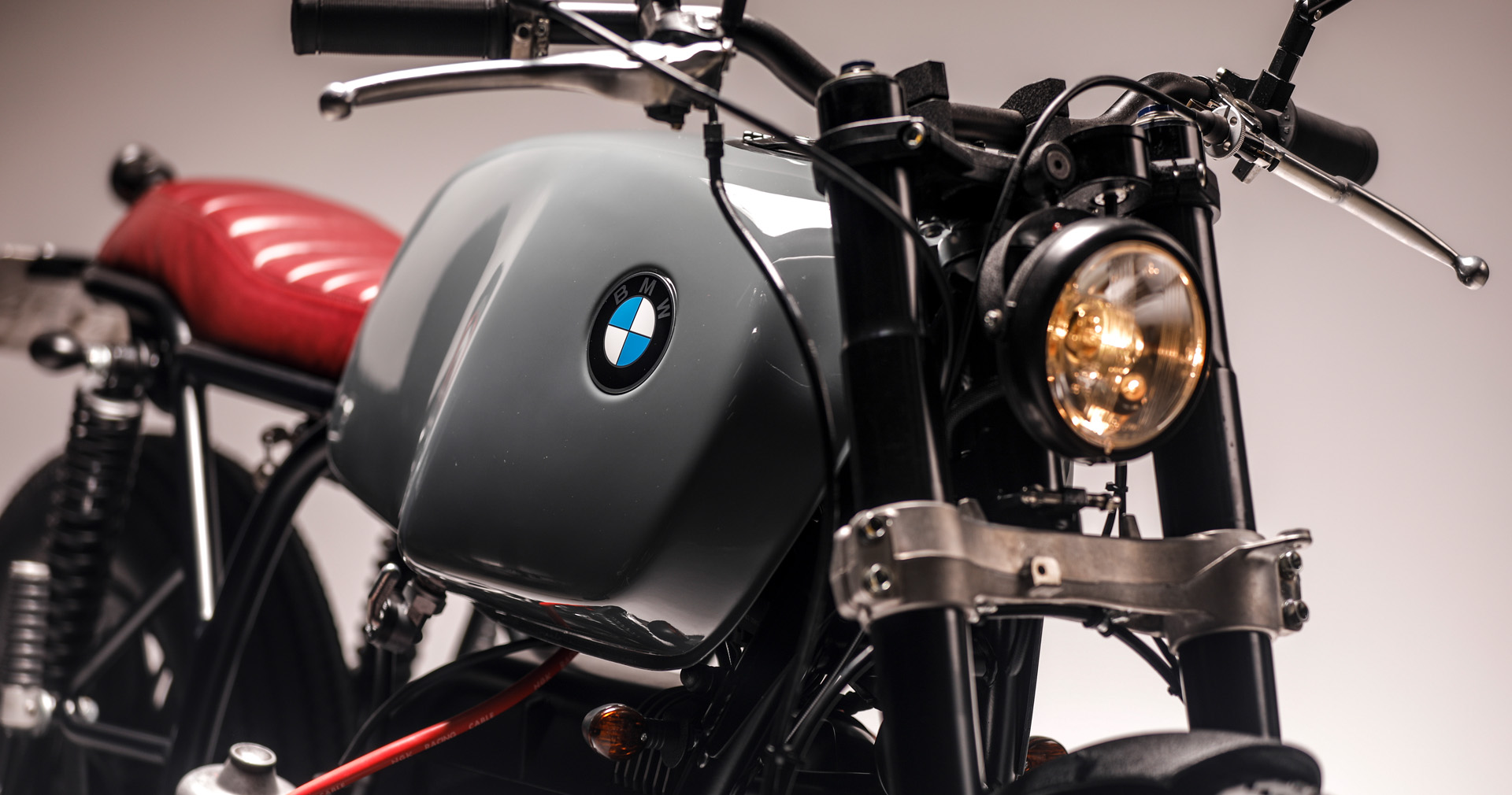 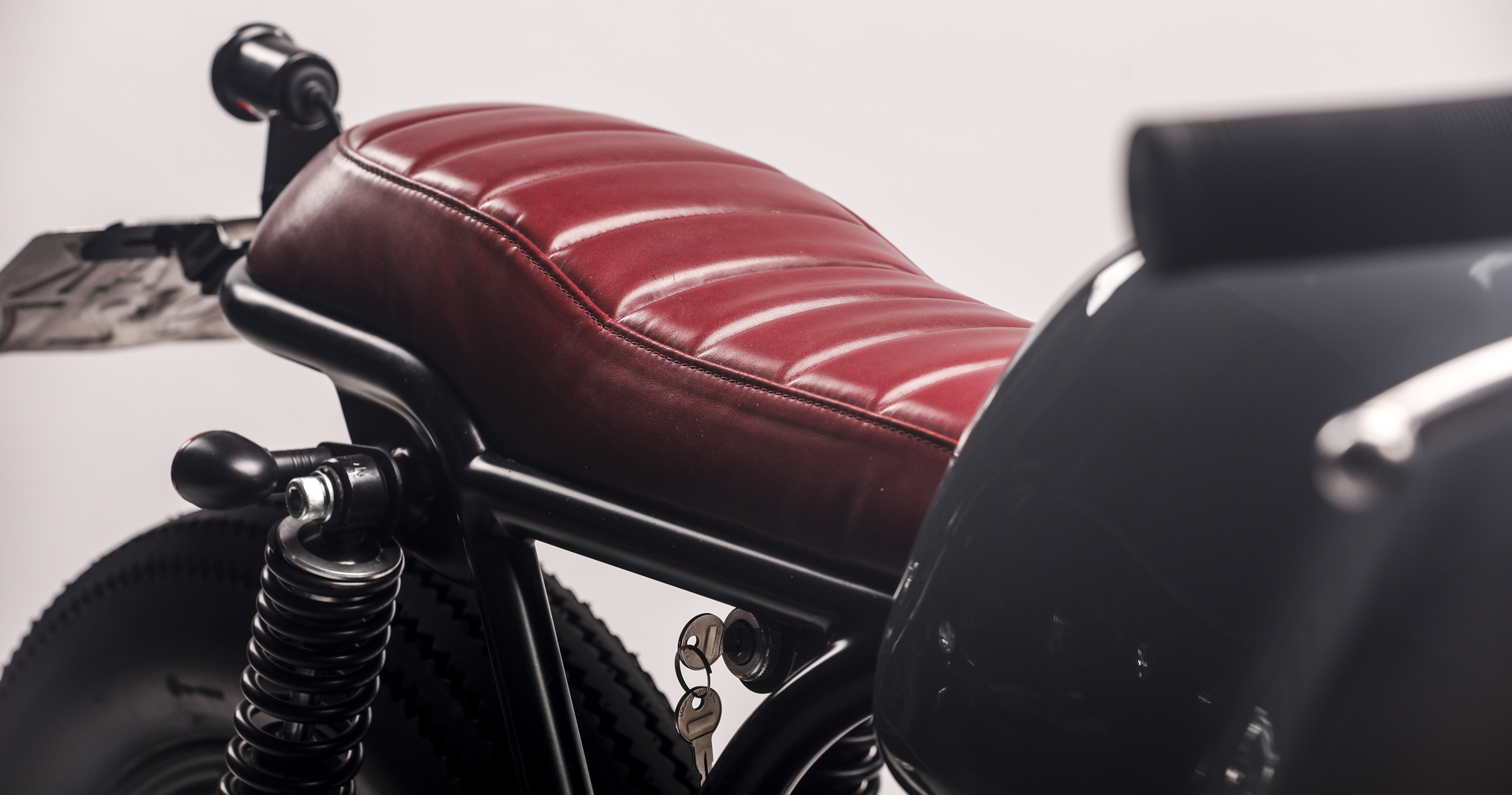 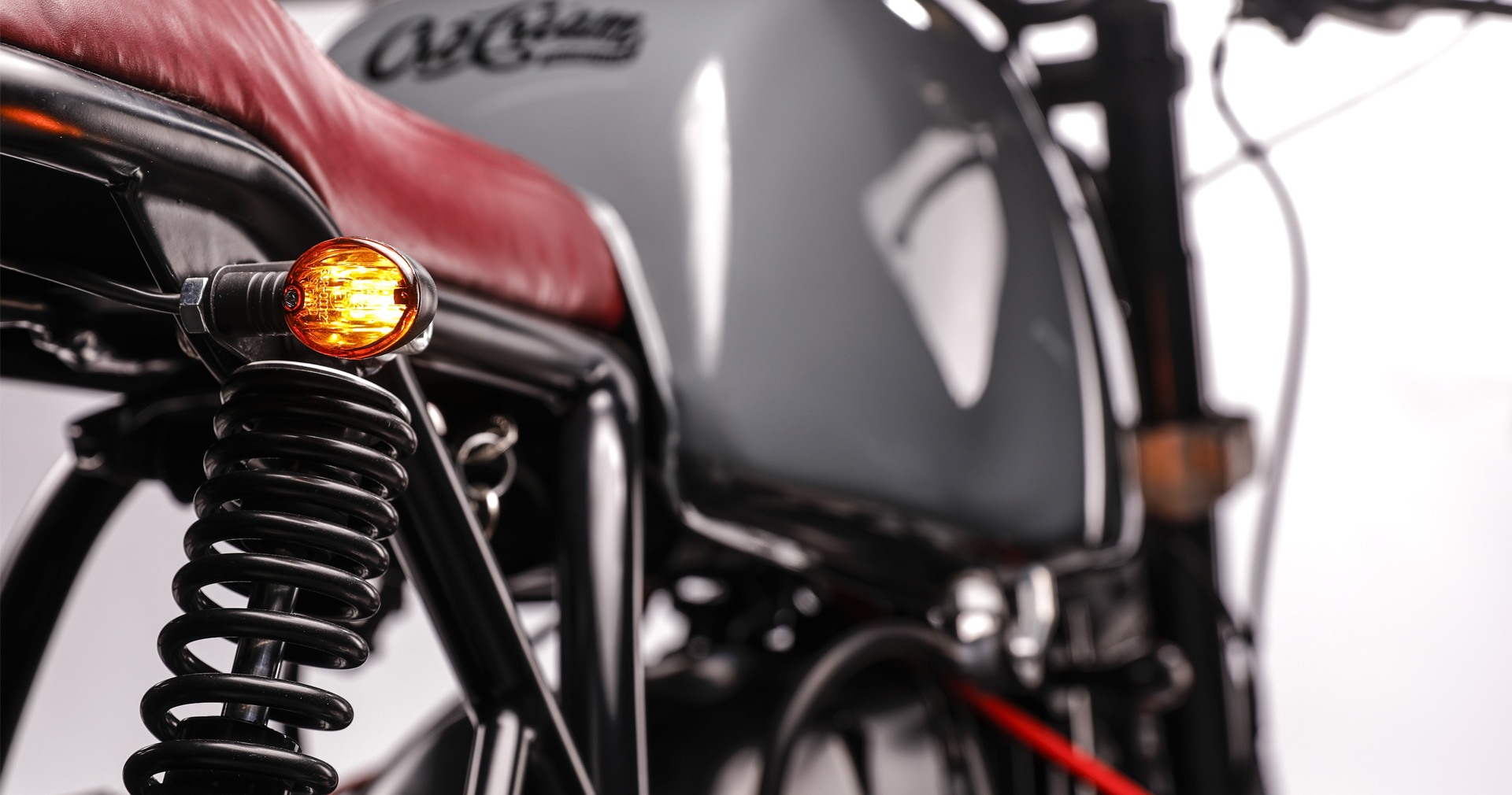 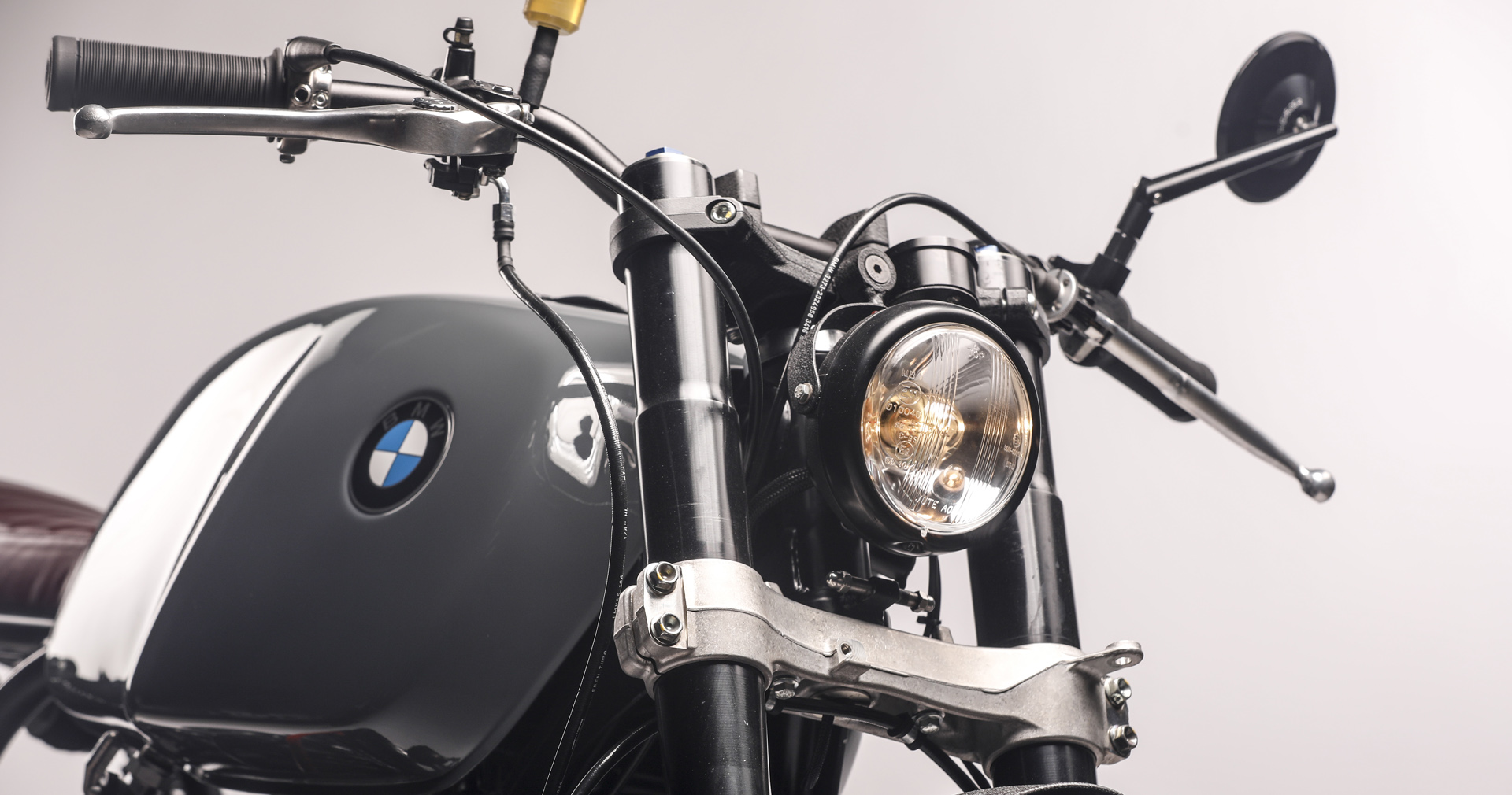 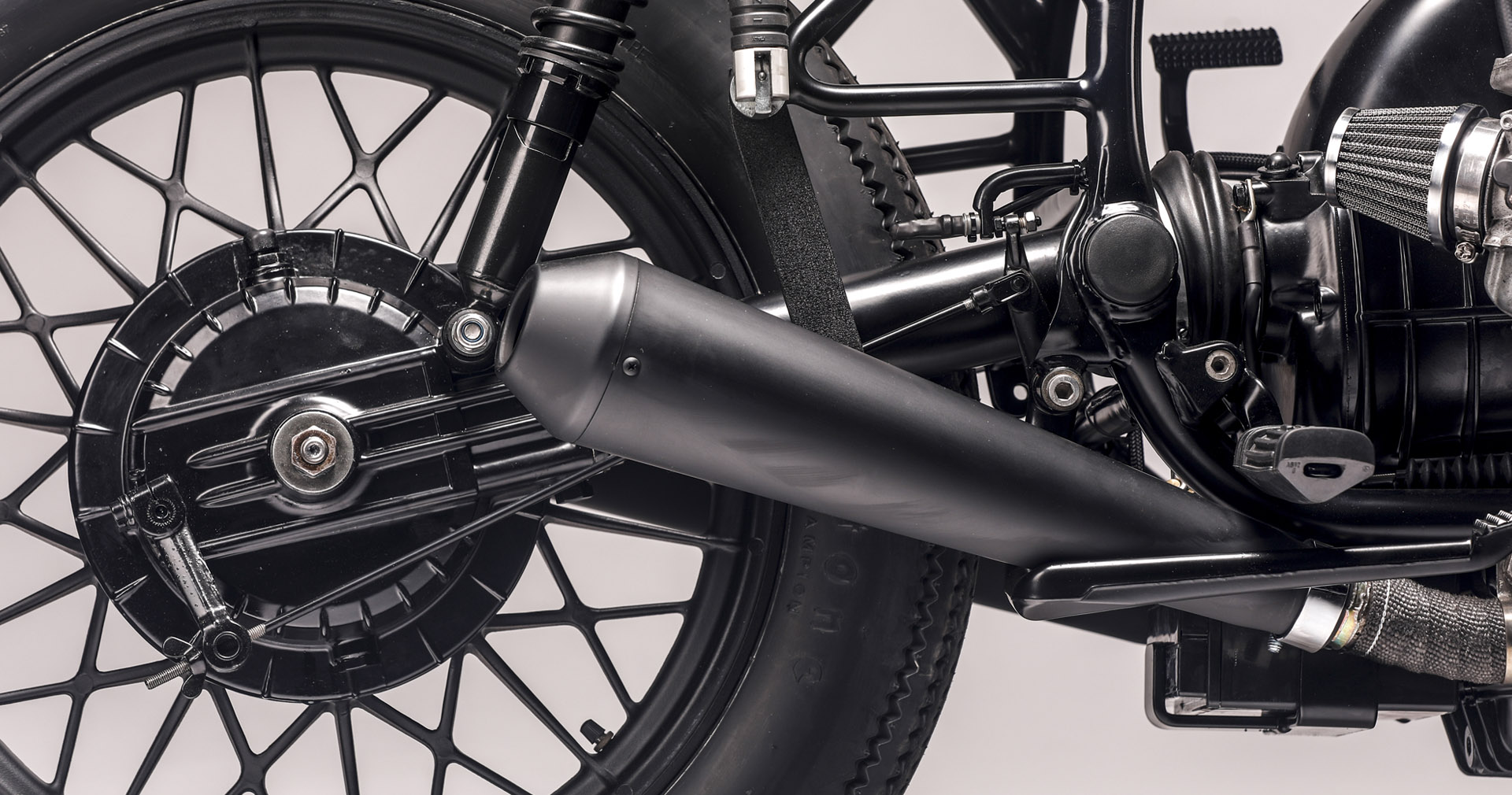 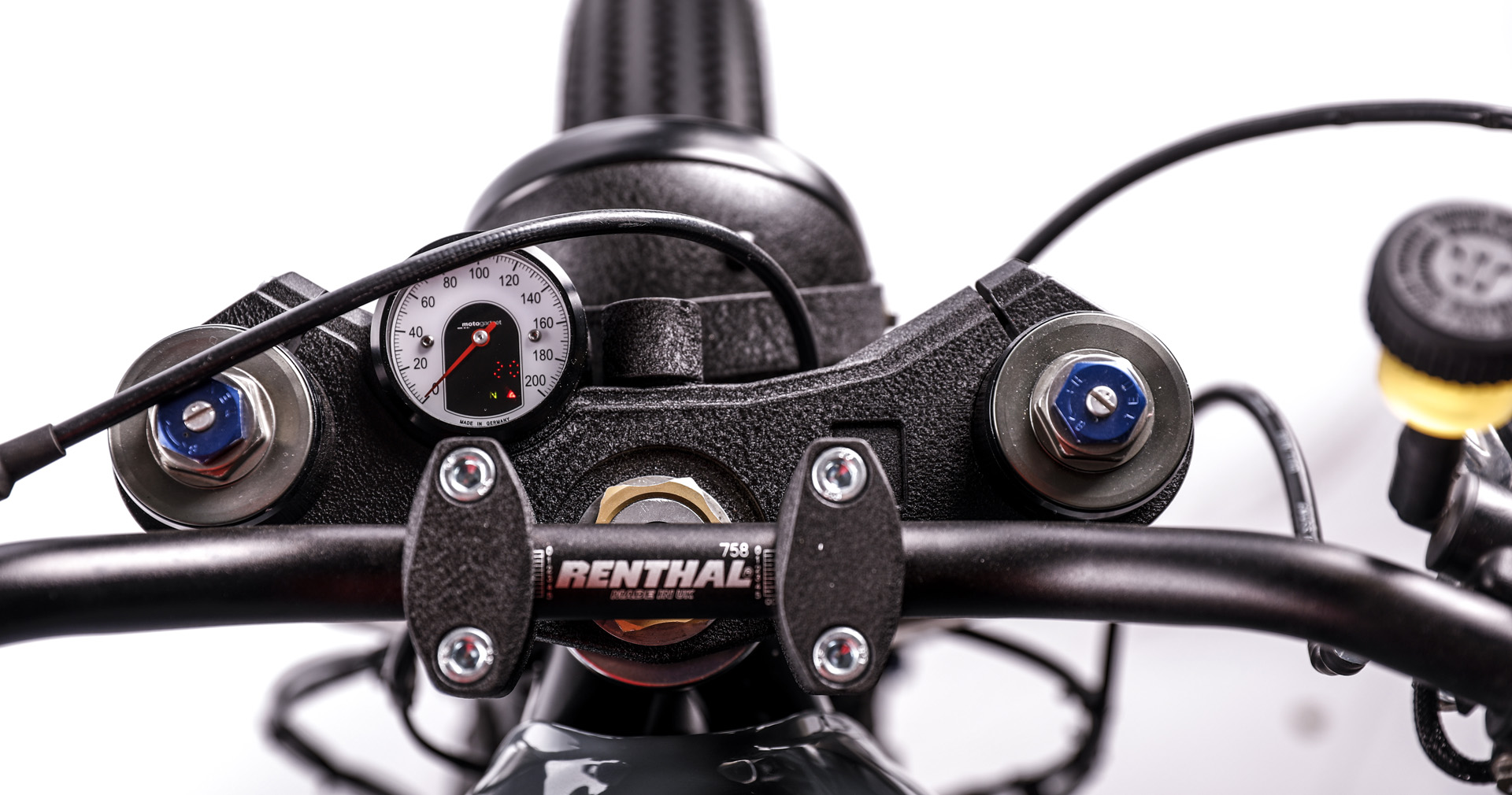 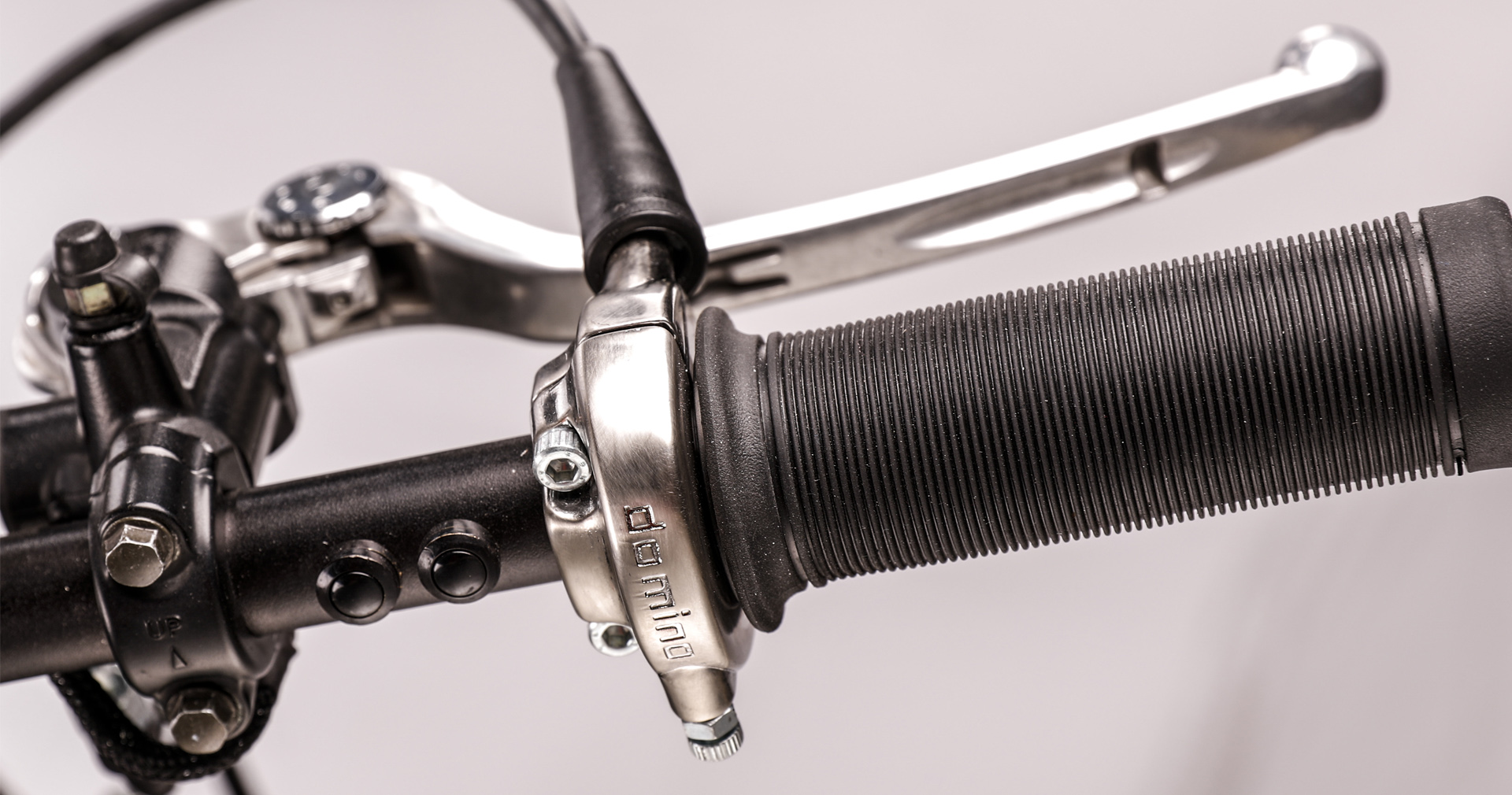 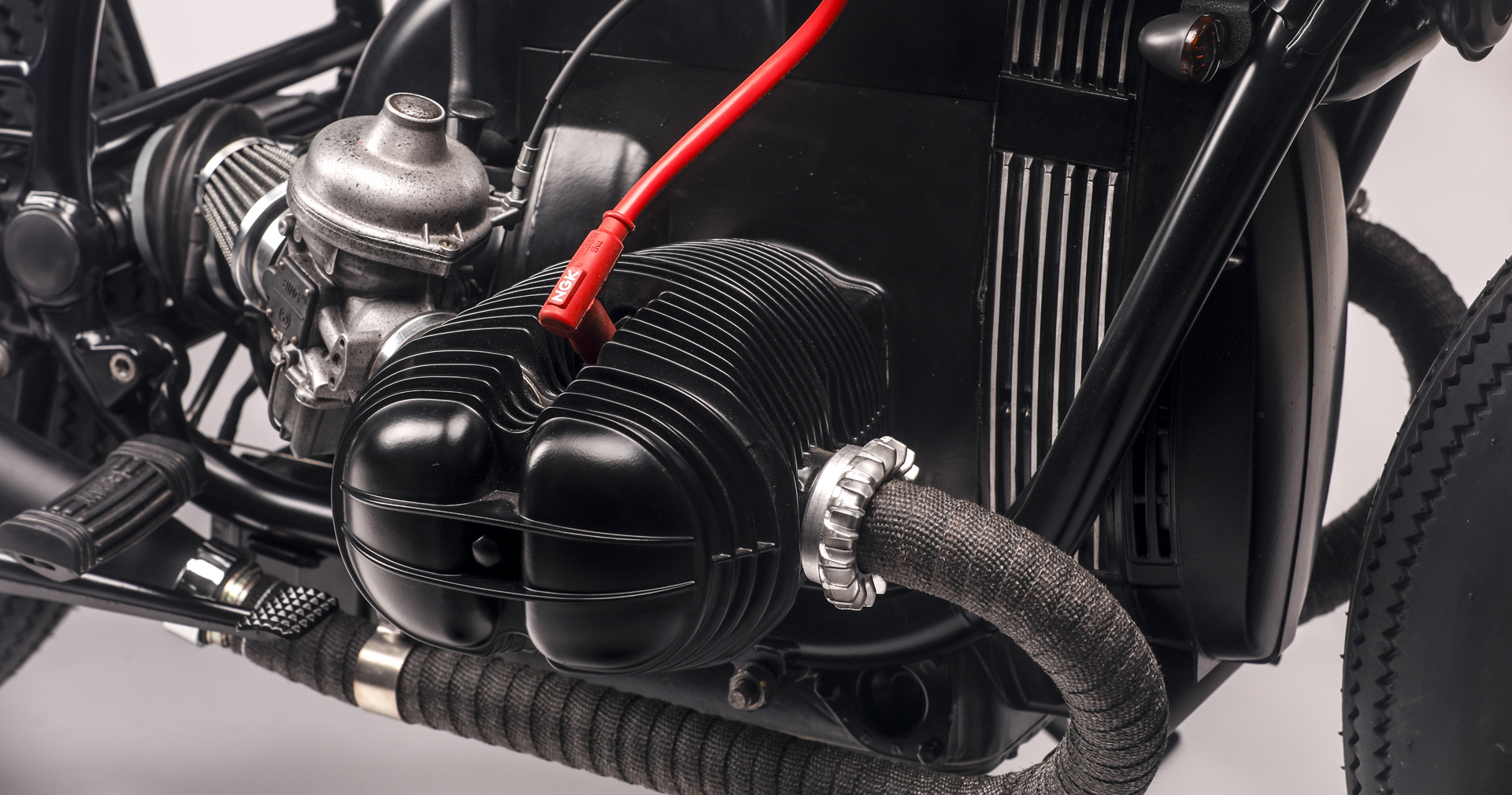 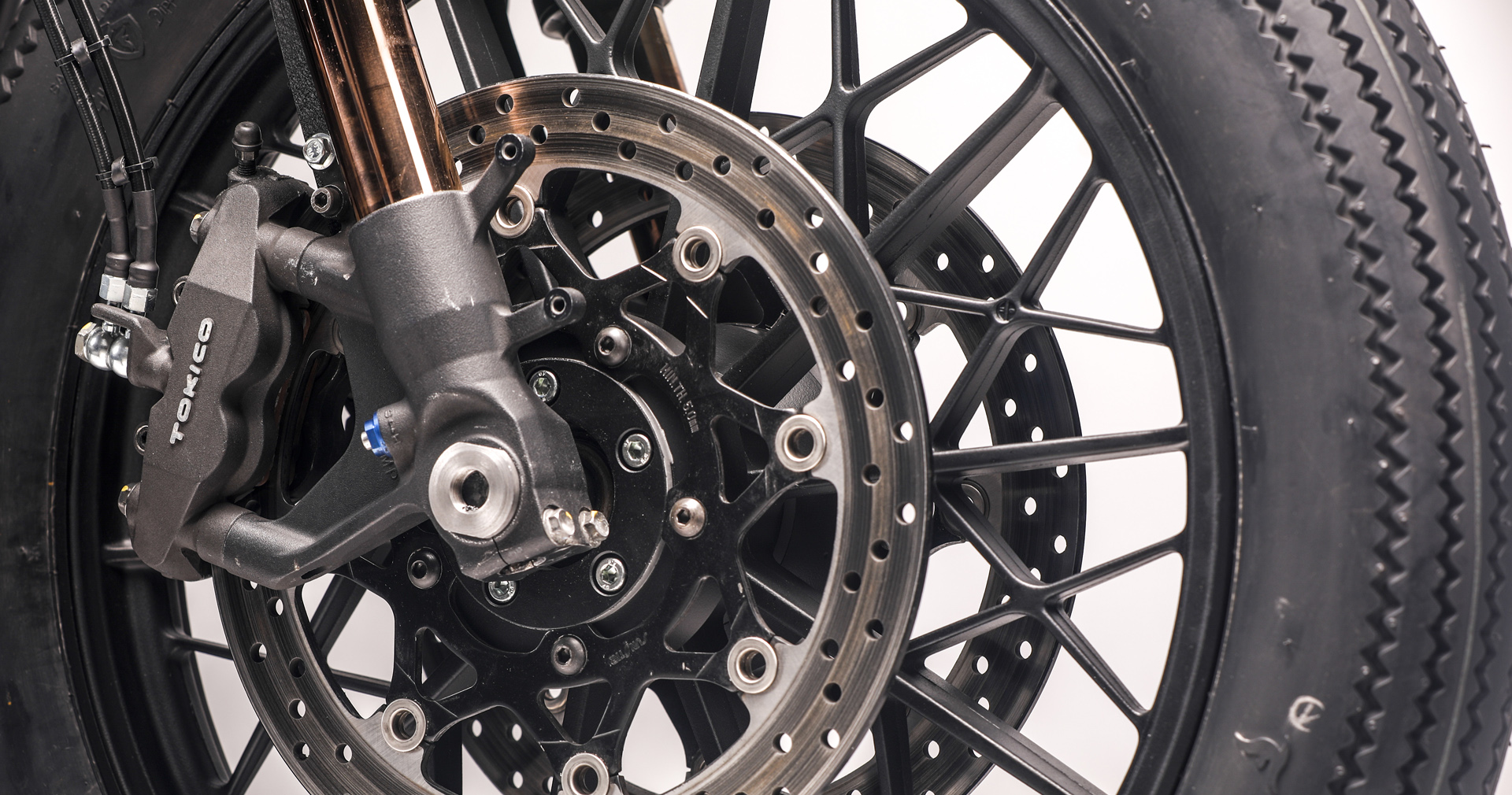 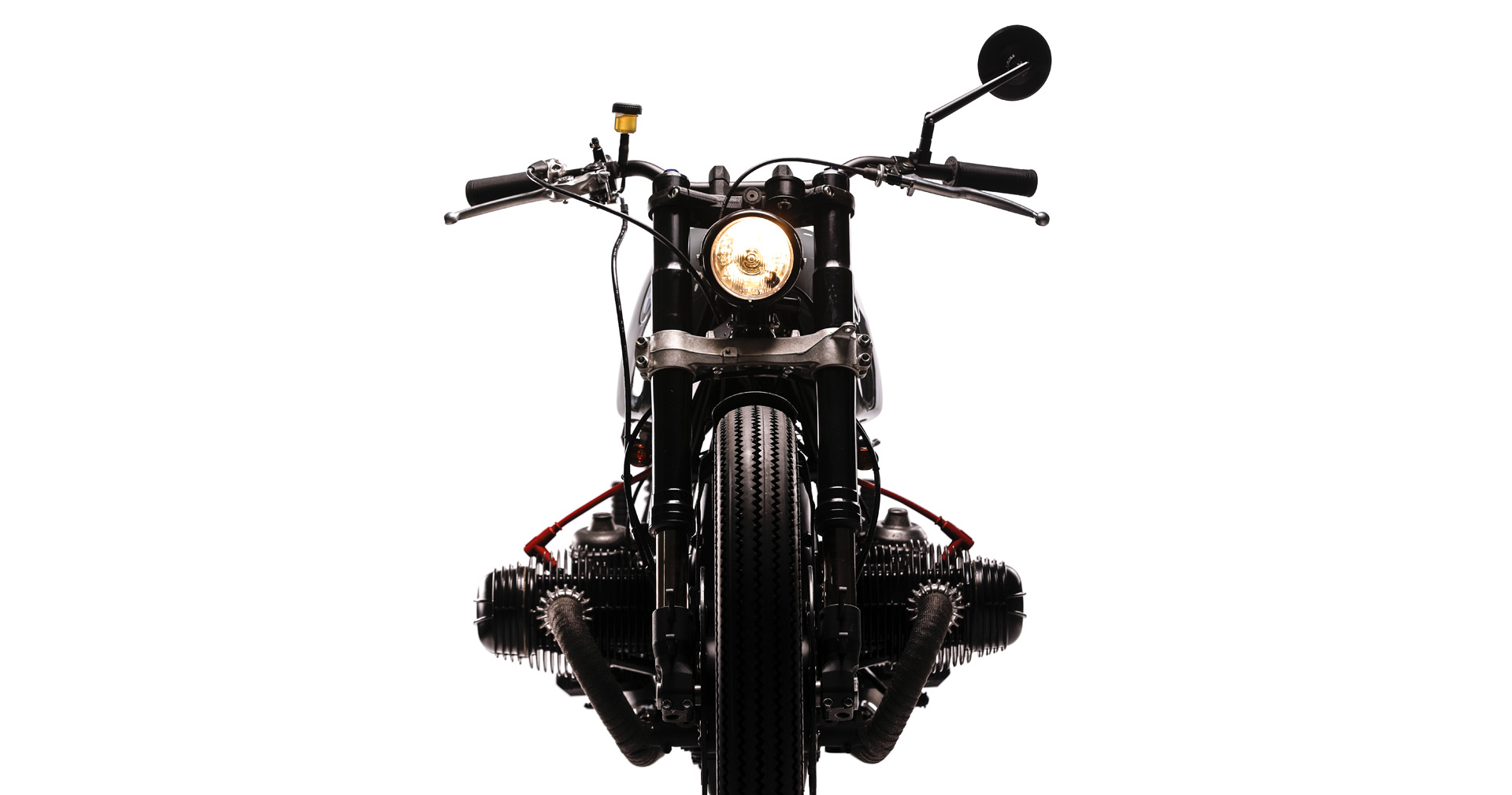 When a Cafe Racer motorcycle enthusiast sees one of our creations, he feels in a single glance the impact of an overwhelming and very particular personality that goes beyond the good taste or the quality of the materials we use.

Anyone who comes across a CRD motorbike starts to feel the desire to own one.

But our production is limited and not everyone can have one.

Or so Matt Ayer thought.

CRD100 is the first CRD to cross the puddle.

If you’re a fan of motorsports, you may know the city of Long Beach (California) by its street circuit.

Known as the Monaco of America, this urban circuit hosted Formula One Grand Prixes between 1976 and 1983.

Even today, Formula E races are still held there, on a circuit whose fork curve is one of the most similar to the last curve of the Montecarlo circuit (hence the nickname).

In this Californian city, located south of Los Angeles the atmosphere smells of gasoline, because many races have been held there in over forty years. This is also the reason why many of its inhabitants love everything that has wheels and an engine.

But we already know that the tastes of Americans are often not the same as those of Europeans.

That is why it is even more surprising that in the homeland of Harleys and choppers there may be people interested in the Cafe Racer motorcycles that we prepare in our workshop in Madrid.

However, as strange as it may sound, there are more fans than expected interested in Cafe Racer Dreams motorcycles, as this type of bikes has become a symbol for many fans of Cafe Racer style motorcycles.

So when Matt Ayer came across CRD in Instagram he told himself that he wouldn’t look any further, as those were the bikes he had been looking for so long and couldn’t find anywhere.

He immediately contacted us and expressed his desire to buy a bike.

That request surprised us a little.

In addition, we thought it convenient to carefully explain him that our motorcycles have little to do with the ones that are usually seen in the United States.

In fact, although we have also prepared some Harley Davidsons, our specialty is to use classic European or Japanese motorcycles as a base.

However, Matt was very serious when he explained that he loved our work.

We then started to design the bike that would suit him best.

Best of all, the commission of this bike allowed us to meet a nice and pleasant person who enjoys chatting about classic motorcycles and is enjoying life.

From the beginning, it was clear to us that that there were two important challenges in this assignment.

The most important of them was the artistic challenge, which forced us to do the rest on a creative level, since that first motorcycle in the United States had to make clear the characteristics of CRD.

But from a technical point of view we also had to create a machine with a handicap that had to be solved in the best possible way: Matt Ayer is very tall and wanted at all costs that we rely on a BMW.

The donor motorbike that we suggested -a BMW R100 from 1978-, did not fit his physical characteristics perfectly.

The solution to overcome this second challenge was to raise the suspensions quite a bit in order to adapt to his high stature and also increase riding comfort.

Thanks to this, the motorcycle-pilot binomial would show a more natural and aesthetic proportion.

A cocktail between new and recovered original parts

During 6 weeks we did a first level disassembly, recovery and preparation work.

On a mechanical level, CRD100 is equipped with a bicylindrical boxer-type engine with 1,000 cubic centimetres.

In order for the engine to recover its original appearance, we painted all the parts with powder paint, which gives a very glossy air without losing an apex of classicism.

But many parts could not be reused and we had to replace them with modern ones.

In fact, except for the petrol tank -which is the original, although we have painted it in a spectacular titanium grey-, we have made parts such as the exhaust pipe, air filter, headlamp, starter control or tail light are from our own harvest.

The most eye-catching features of CRD100

Let’s focus now on the most visible part of this bike, those elements that make the difference and attract the attention of fans and followers.

In order for each bike that is prepared in our workshop to maintain its own personality, it is important to use the multitubular chassis. By doing this it is possible to maintain the habitual stylistic line of the Bavarian motorcycles.

But to keep the Cafe Racer Dreams imprint as defined as ever, it’s common for us to design the subframe ourselves, as well as our exclusive mudguards and license plates.

In terms of suspension, we have selected an inverted Hayabusa fork along with Hagon shock absorbers.

The handlebar is a Renthal Ultra Low; the grips are Bitwell; and both the speedometer and the light control are Motogadget.

On the other hand, we have also been able to recover the brakes as well as the front wheel. And for the tyres we have selected Firestone Deluxe model.

Finally, it should be noted that the seat is also our own creation.

Are you also dreaming of taking a ride on a Cafe Racer Dreams bike?

Maybe you’ve seen a CRD on the street or you know us from social networks (Facebook, Twitter).

And maybe, as it happened to Matt Ayer,  you have fallen in love with one of them.

If you want to have more information you can contact with us by filling up this contact form.